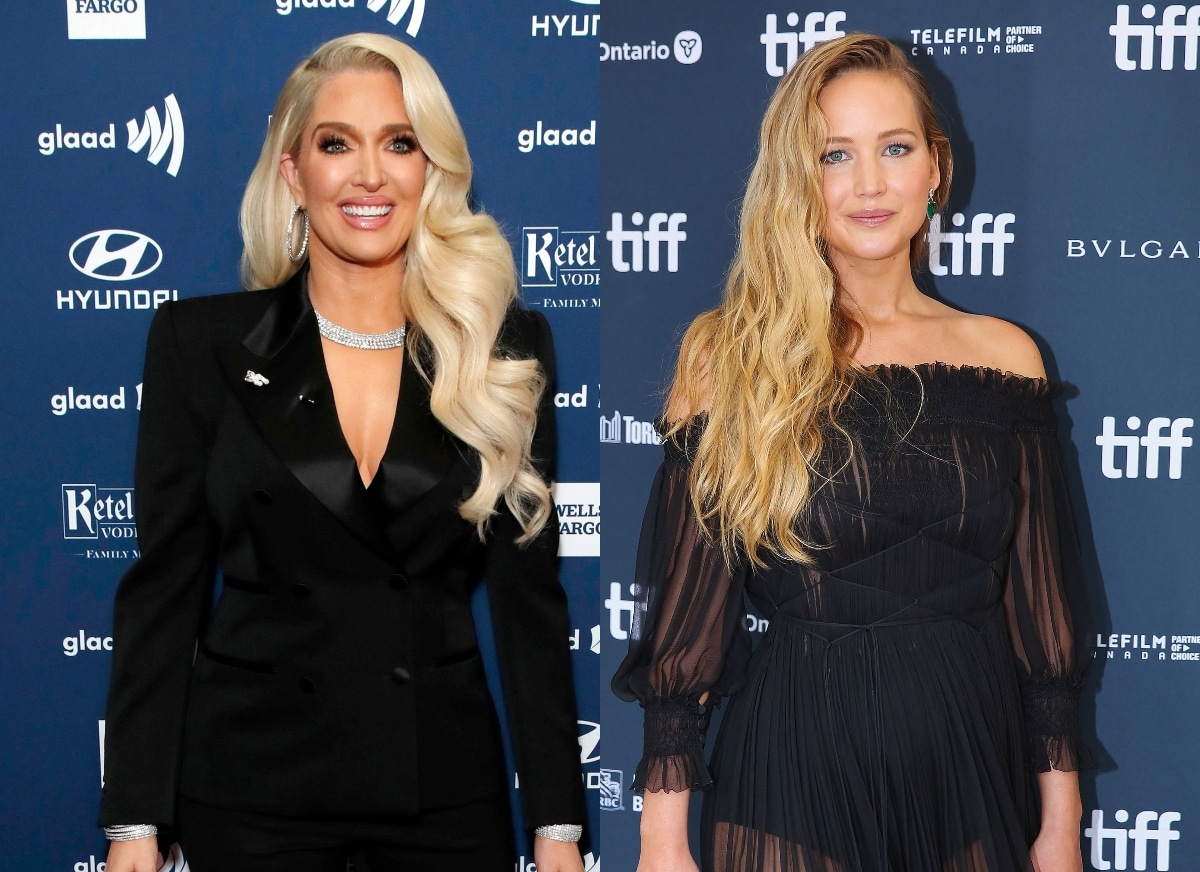 Erika Jayne clapped back at Jennifer Lawrence for slamming her as “evil” while appearing on Wednesday night’s episode of Watch What Happens Live.

Before explaining her statement regarding the potential lies of victims of estranged husband Thomas Girardi‘s fraud and confirming where her $750,000 earrings are today, the Real Housewives of Beverly Hills cast member responded to a question about the actress’s diss.

“Well you know it’s easy to label people when they are at their absolute lowest going through something in real time on television, but any time she would like to come on down and mix it up with us, I’m sure we could unmask the ugly parts of her personality as well,” Erika proclaimed on the September 14 episode of WWHL.

Erika was then asked about a scene from RHOBH in which she implied Thomas’ victims had lied.

According to Erika, there have been claims made against both her and Thomas that simply aren’t true.

“When we talk about some claims not being true, when you talk about the larger class action things, it is known that some claims are less than others and some are not valid,” she revealed.

Also during the show, amid a conversation about her infamous $750K earrings, Erika’s fellow guest, Real Housewives super fan Michael Rapaport, questioned her about whether she was wearing the items on the live episode.

“The earrings were turned over,” Erika replied. “I was asked to turn them over and I complied as I’ve complied with everything from the beginning.”

“They are in a third-party trust and the bankruptcy trustee, I believe, has them,” she confirmed.

As RHOBH fans may know, Thomas is in the midst of a couple of bankruptcies, one against him personally and another against his defunct law firm, as well as several lawsuits, many of which Erika has been dragged into.