Home Real Housewives of New Jersey News RHONJ: Joe Giudice Addresses Teresa Giudice Not Getting a Prenup With Luis, Not Receiving Money From Home Sale, and Gorgas Skipping Wedding, Plus What Luis Told Him on Wedding Day

RHONJ: Joe Giudice Addresses Teresa Giudice Not Getting a Prenup With Luis, Not Receiving Money From Home Sale, and Gorgas Skipping Wedding, Plus What Luis Told Him on Wedding Day 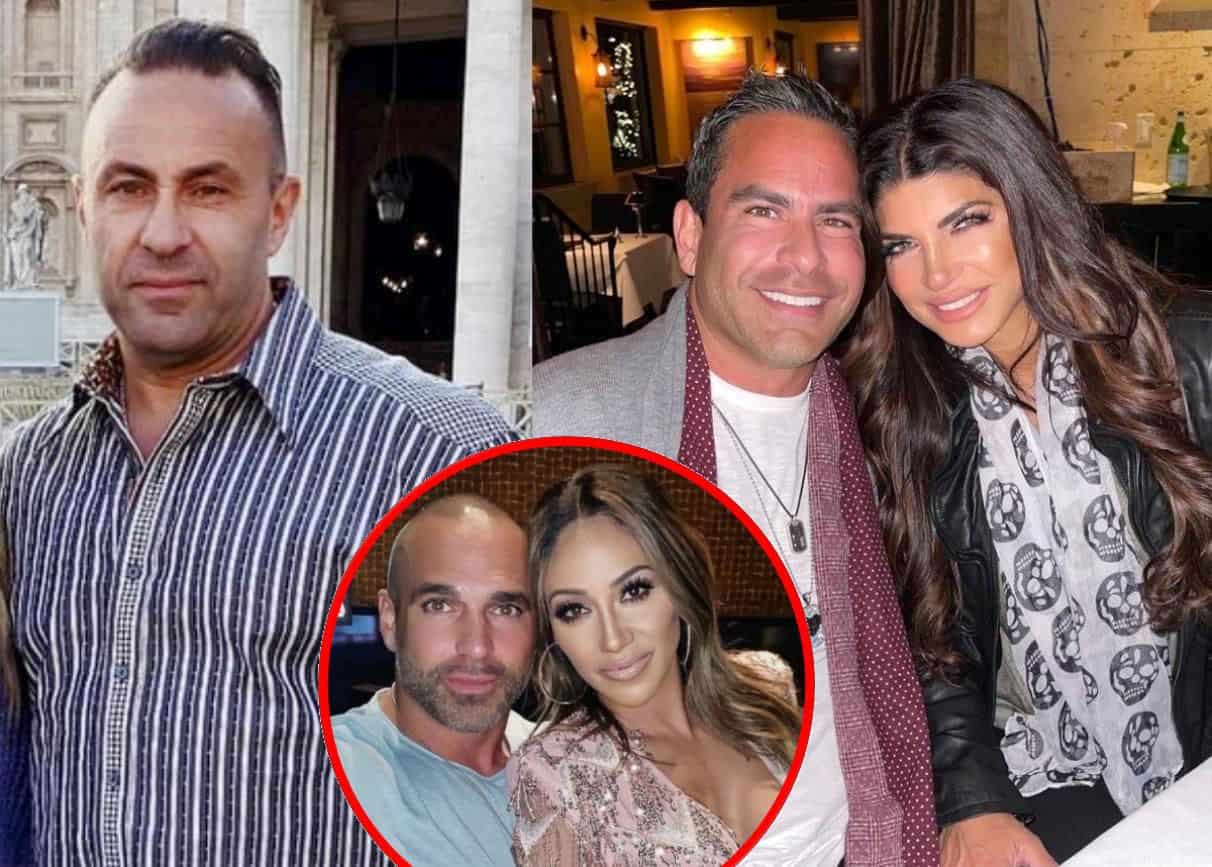 Joe Giudice is weighing in on former wife Teresa Giudice‘s decision to marry Luis Ruelas without a prenup.

Days after the Real Housewives of New Jersey star was booed at BravoCon after saying “true love” was the reason she did not get one, Joe shared his thoughts while also reacting to Melissa and Joe Gorga‘s absences at Teresa and Luis’ wedding and more.

“My thoughts on Teresa not signing a prenup is that it is her and Lou’s business,” Joe told Us Weekly on October 22, via manager Dominique Enchinton. “I don’t have any thoughts or comments on that.”

Joe and Teresa were married for 20 years prior to their December 2019 split and share four daughters, Gia, 21, Gabriella, 18, Milania, 16, and Audriana, 13. But when it came to the sale of their $1.9 million family home in February, Joe didn’t get any of the profits.

“I’m good with it. That was our arrangement,” Joe said of the settlement.

Currently, Joe is “doing very well” with his construction business in the Bahamas, where he’s been living since his deportation, and he’s fighting to get back into the U.S.

“I’m keeping busy with my petition to get back to the USA which my manager Dominique Enchinton and attorney Jessica Cadavid are working on so that I can be with my family finally,” he said. “It’s been a long process and I’m extremely hopeful. My manager Dominique Enchinton is also working on other projects for me and you might see me on television again in the near future.”

For now, Joe has been getting regular visits from his family — even Teresa and Luis.

“I was, like, so nervous. But you know, we had the best night,” Teresa shared at BravoCon of her and Luis’ visit to her ex. “It made the children so happy.”

As for his thoughts on the Gorgas skipping Teresa and Luis’ wedding, Joe admitted, also to Us Weekly, that their absences didn’t “surprise [him] one bit.”

“That is who Melissa and Joe are,” he explained. “To be honest, I’m so glad I don’t have to deal with them and their drama anymore.”

Regarding their future, Joe continued, “I really don’t know if there’s a chance for them to repair their relationship,” but he noted that he still has “hope” for their reconciliation.

“I know my girls love [Melissa and Joe Gorga] very much,” he noted. “The only advice I give them is to try to be the best human beings possible and leave the rest to God and karma.”

While there’s no love lost between Joe and the Gorgas, his relationship with Luis is going well.

“My relationship with Luis is good,” he confirmed. “As long as he’s good to Tre and my girls, I’m good with him.”

In fact, the two spoke on Teresa and Luis’ wedding day.

“I spoke to Joe, actually, [on] the day of the wedding,” Luis told Us Weekly last Saturday. “Called him to let him know that, you know, I’m committed to his daughters and committed to Teresa… [I told him], ‘You and I have a bond to be able to talk about anything that goes on with the kids. You know, [like], I’m here. So, we’re really good.”