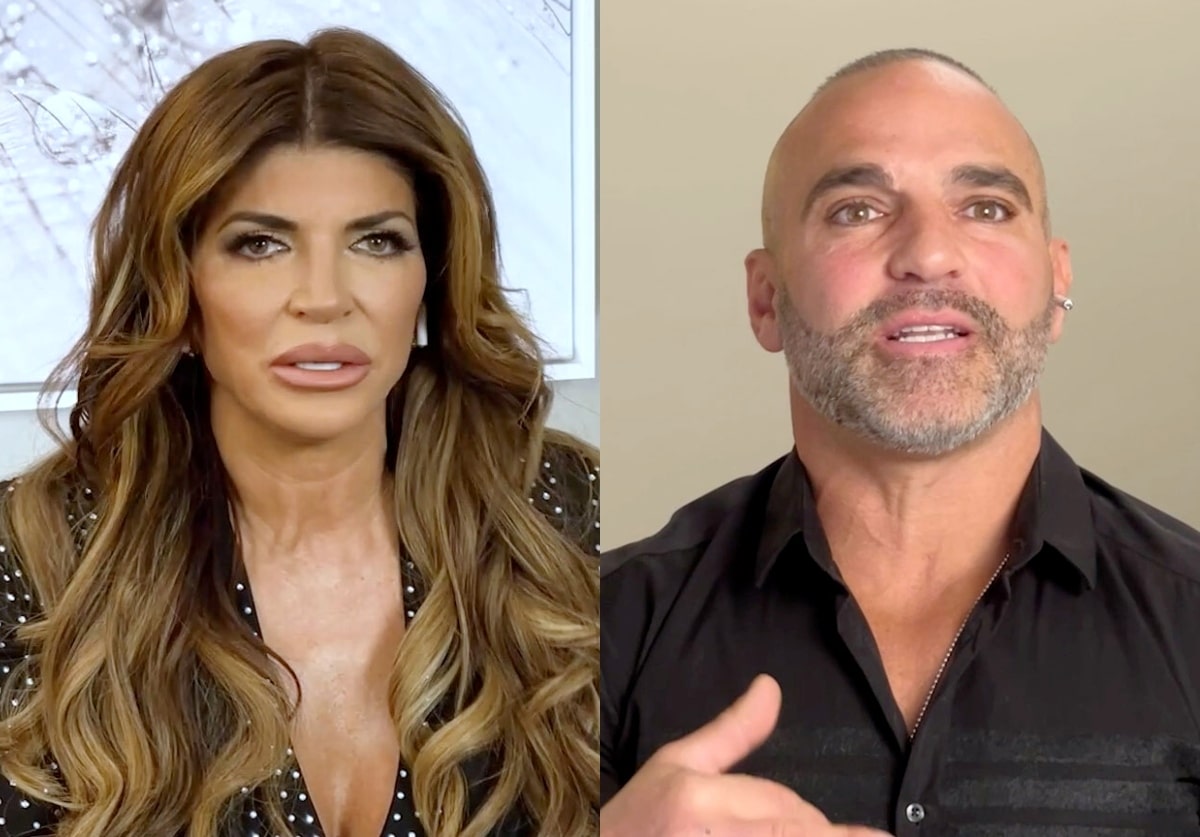 Teresa Giudice reacted to her brother, Joe Gorga, proclaiming her marriage to Luis Ruelas wouldn’t last as long as his standup career at BravoCon on Wednesday’s episode of her podcast.

“I can’t blame Melissa for that at all because that is my brother’s doing. And the thing is, that’s not my brother,” Teresa explained on the October 26 episode of her PodcastOne show Namaste B$tches, titled “Spilling the BravoCon Tea,” noting that while Melissa was asked a question, it was Joe who answered.

“I don’t know who he is now, like, what kind of character he’s trying to play. So I was hurt by it,” she continued. “Luis was hurt by it… He did not come to my wedding. That hurt us. And by what he just did at BravoCon, that’s very mean-spirited [and] very sad.”

According to Teresa, she wishes Joe would stop talking about her and Luis “to try to make himself relevant” and plans to address “a lot of things” with him “at the reunion.” Then, after that, she said she’s “done.”

Moving onto the RHOBH cast, Teresa admitted that while she “didn’t see” Lisa Rinna getting booed at BravoCon, she wouldn’t have flicked off the fans like her fellow Housewife.

“I wouldn’t [flick off my fans]. She knows how to make noise. I don’t know if it’s good noise. That’s the only thing. I guess we’ll have to see next season whether she comes back or not,” Teresa noted.

As for Erika Jayne suggesting her friend and co-star, Dorit Kemsley, would be next to divorce, Teresa said she didn’t “understand” why Erika would say such a thing.

“How does Erika Jayne get out of that one? If one of my good friends did that to me, I’d be so hurt and devastated and betrayed,” she stated.

While Teresa didn’t seem to spend much time with the women of RHOBH at BravoCon, she was spotted with Kathy Hilton.

“I hung out with Kathy Hilton on Thursday night. That was the Congo line,” she revealed. “I’d never met her before.”

Also on the podcast, Teresa commented on the schedule change for the RHONJ panel.

“It definitely didn’t come from me… But then I also heard that… the panels were split because someone else said something because we didn’t want to be on the same panel together,” she shared. “First of all, Bravo makes that decision. I am not the boss so that doesn’t come from me. And it’s like common sense, duh, we haven’t had our reunion yet. So of course they want to keep us separate. They didn’t want a reunion to happen at BravoCon — even though I’m sure the fans would’ve loved that.”