Home Real Housewives of Beverly Hills News RHOBH’s Erika Jayne on Why She Predicted Divorce For PK & Dorit Kemsley, Most and Least Supportive Co-Star, and a Potential Brandi Glanville Return

RHOBH’s Erika Jayne on Why She Predicted Divorce For PK & Dorit Kemsley, Most and Least Supportive Co-Star, and a Potential Brandi Glanville Return 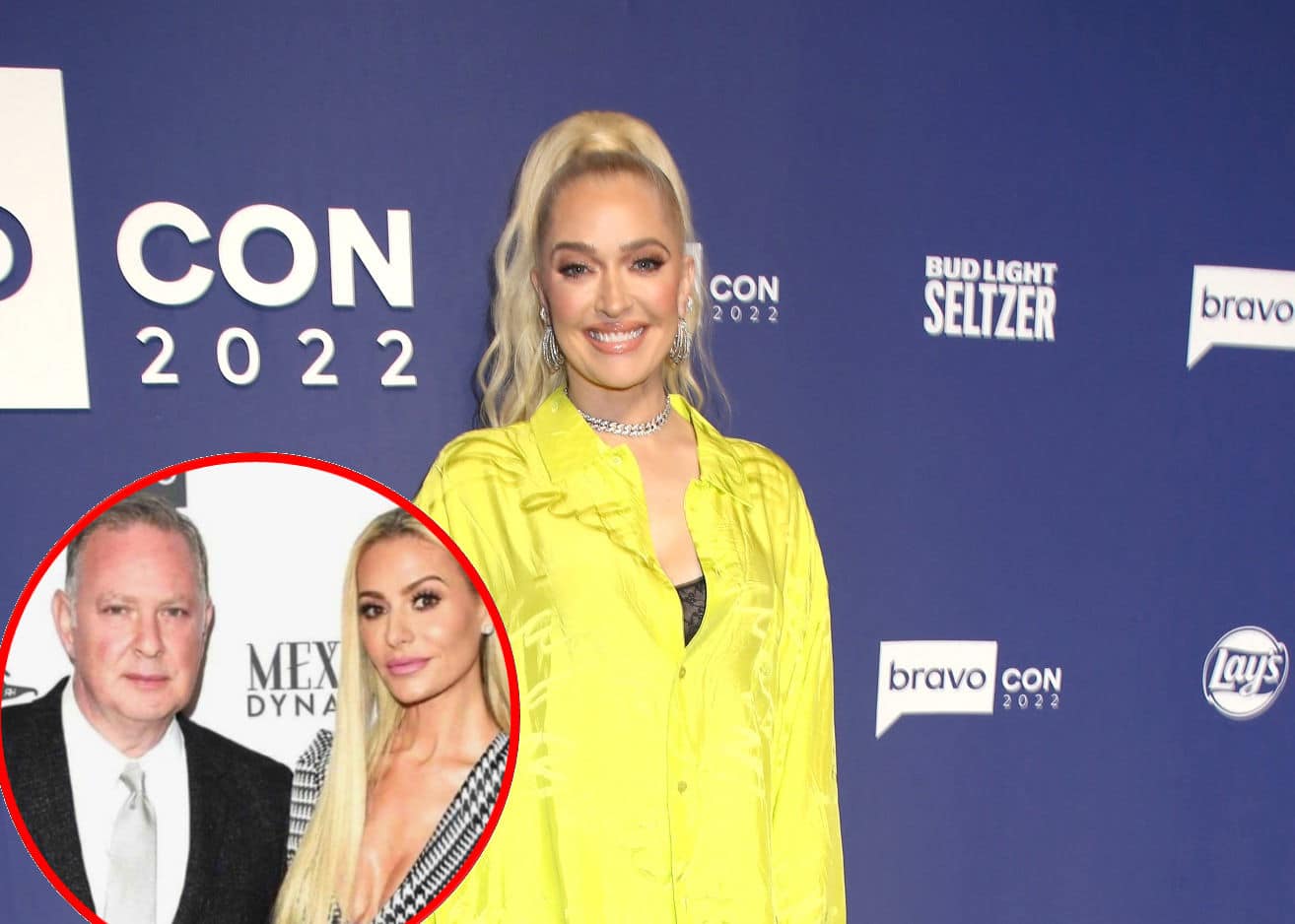 Erika Jayne may have suggested her recent claim about Dorit Kemsley and husband Paul “PK” Kemsley being headed for a split was a mere joke, but she took the comment one step further during a taping of Watch What Happens Live at BravoCon.

After sparking a feud with Dorit and PK by naming them as the Real Housewives stars she felt would be next to divorce, the Real Housewives of Beverly Hills cast member explained her sentiments about her co-stars, revealed her most and least supportive castmates, and reacted to the possibility of Brandi Glanville returning to the series.

“Well um… There was like some… At the reunion there was that whole sort of situation about there’d been a rumor that [Kyle Richards] and [Mauricio Umansky] and PK and Dorit were swapping and that they were having issues in their marriages so yeah, that’s a why,” Erika explained on the WWHL: After Show of reports Dorit previously slammed as “gross.”

As for her most and least supportive co-stars, Erika named Lisa Rinna as the most supportive, which immediately garnered her a series of boos.

“Lisa Rinna has been the most supportive because I asked her… You really shouldn’t boo and I’ll tell you why: Because she’s telling the truth. But here’s the other thing. No, no, no,” Erika continued as the crowd continued to boo her friend. “I know a lot of people don’t like the truth and that’s okay. But she was the most supportive.”

Erika then named Dorit and Kyle as the least supportive.

“The people that I were disappointed in the most sometimes were Kyle and Dorit because I said, ‘Guys look. You know me. I’m in front of you. Ask me the questions. Don’t cut me up behind my back,'” she revealed.

As for the possibility of Brandi rejoining the series, Erika seemed to be on board.

“Here’s the thing: Brandi is a truth-teller, whether you like it or not, even though she called me the most overrated housewife the other day, I still love her for it. It’s okay and I’ll tell you why: I’d rather have that than bullsh-t,” Erika noted. “You don’t have to like everybody in the group but you can respect people for being in your face honest and Brandi does that.”

And in response, Brandi, who was also at the taping, replied, “Thank you, Erika, and I did find you immediately and said, ‘I said this.’”

The Real Housewives of Beverly Hills season 12 reunion continues with part three on Wednesday, October 26, at 8/7c on Bravo.