RHOBH: Sutton Stracke Calls Erika Jayne’s Feud With Dorit & PK “Fake News” as Erika Claps Back at “Sensitive” PK After He Disses Her, Plus Garcelle Reacts to RHOBH Drama 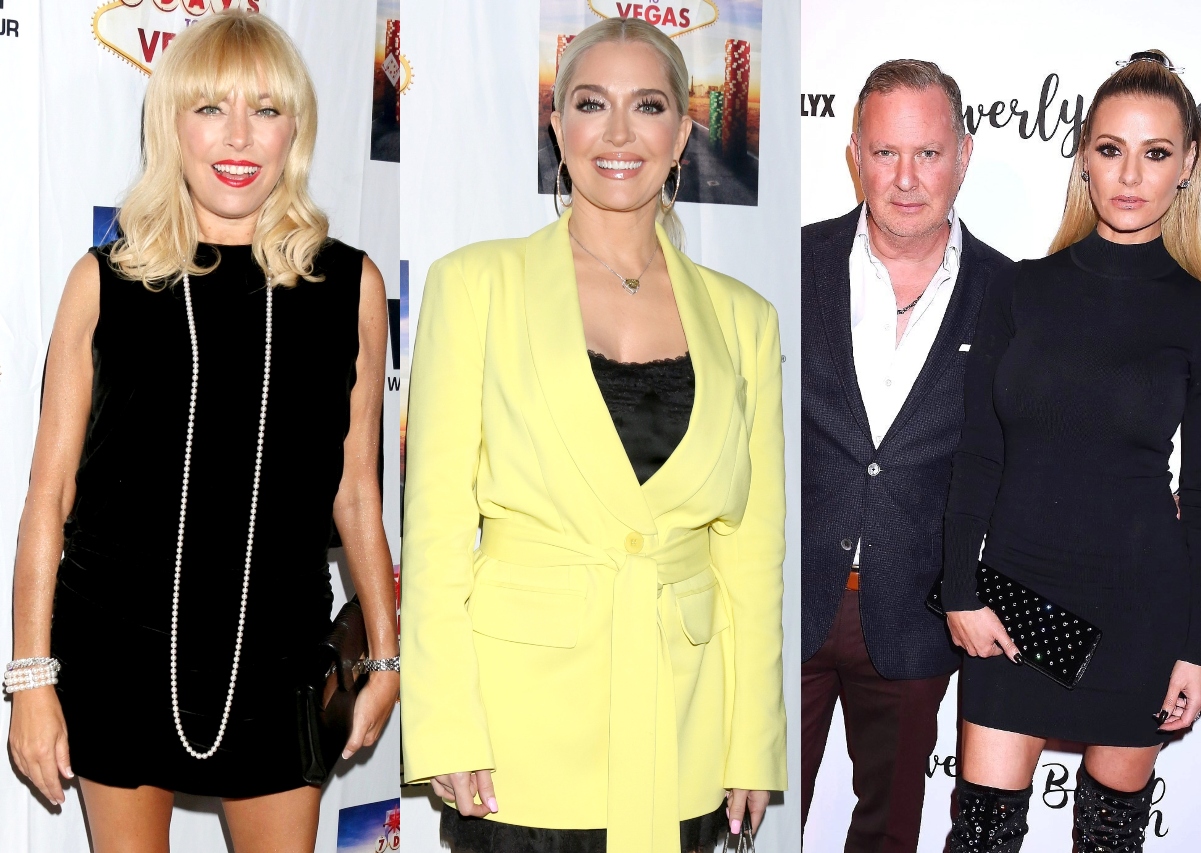 Erika Jayne is defending herself against backlash from her Real Housewives of Beverly Hills castmates, Dorit and Paul “PK” Kemsley, after suggesting at BravoCon that the two of them would be next to split.

After causing a stir with the shocking comment during a panel event over the weekend, Erika reacted to a statement shared by PK, in which he called her out for believing her now-estranged husband, Thomas Girardi, was “innocent” and mentioned her $750,000 earrings, which were reportedly purchased by Thomas with funds stolen from former clients of his law firm.

“Erika Jayne thought her husband was innocent… She thought the ankle is more important than the brain… She thought she should keep the earrings… Now… She thinks Dorit and I are next to split up… Here’s a quick bit of management advice… Stop thinking!” PK demanded in a message shared on Instagram on October 17.

But in response, Erika, who was already called out by Dorit, asked, “When did you get so sensitive?”

She then added, “You know damn well I was joking…” 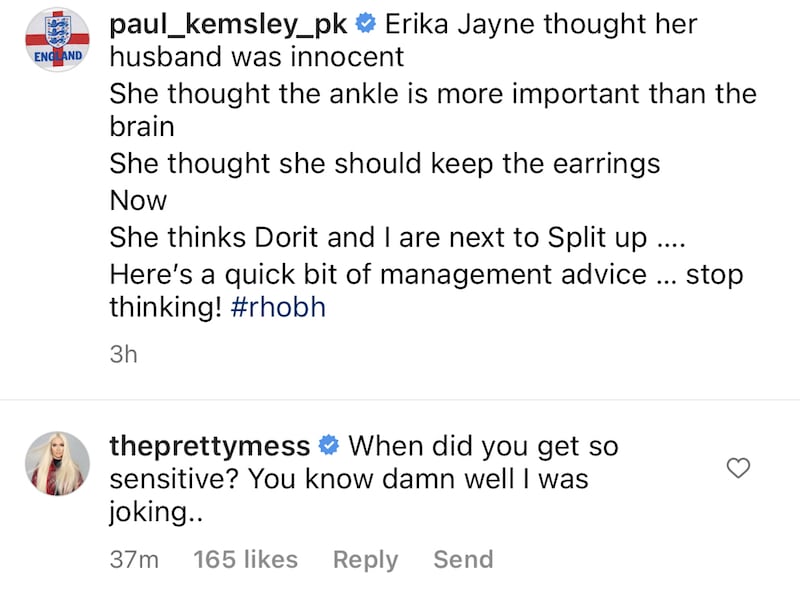 As RHOBH fans may have seen, Dorit was first to react to Erika’s comment about her potentially impending divorce, slamming her co-star for being miserable.

“Misery loves company. What else can [I] say?” she asked. “Our friends, those that truly know us, know what we have and who we are.”

While things seem to be quite tense between Erika and her castmates, at least on social media, Sutton Stracke has weighed in on the feud. And according to her, she’s not so sure that their back-and-forth is legit.

After seeing a post on Twitter in which Dorit’s response to Erika was seen, via screenshot, Sutton suggested the dispute was nothing more than “fake news.”

“Dorit responds to Erika. Actual shade or made up beef? Can we get [season seven] Dorit back?!” the Queens of Bravo asked. 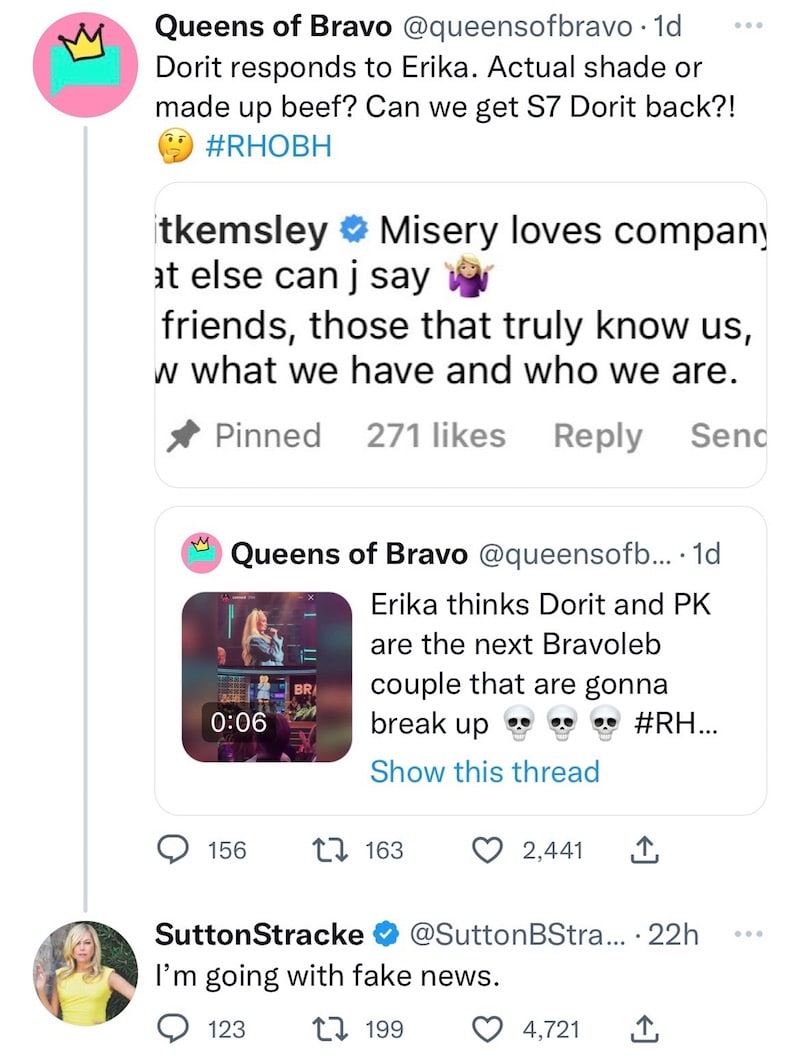 And shortly after Sutton wrote the comment, Garcelle Beauvais “liked” the post, seemingly confirming she too had questions about the supposed feud.

The Real Housewives of Beverly Hills season 12 reunion continues with part two on Wednesday, October 19, at 8/7c on Bravo.