Home Real Housewives of Beverly Hills News Erika Jayne Shades Lisa Vanderpump’s Exit From RHOBH and Reacts to Brandi Glanville’s Return, Plus She Claims Denise Will Have the ‘Most to Answer for’ at Reunion

Erika Jayne Shades Lisa Vanderpump’s Exit From RHOBH and Reacts to Brandi Glanville’s Return, Plus She Claims Denise Will Have the ‘Most to Answer for’ at Reunion 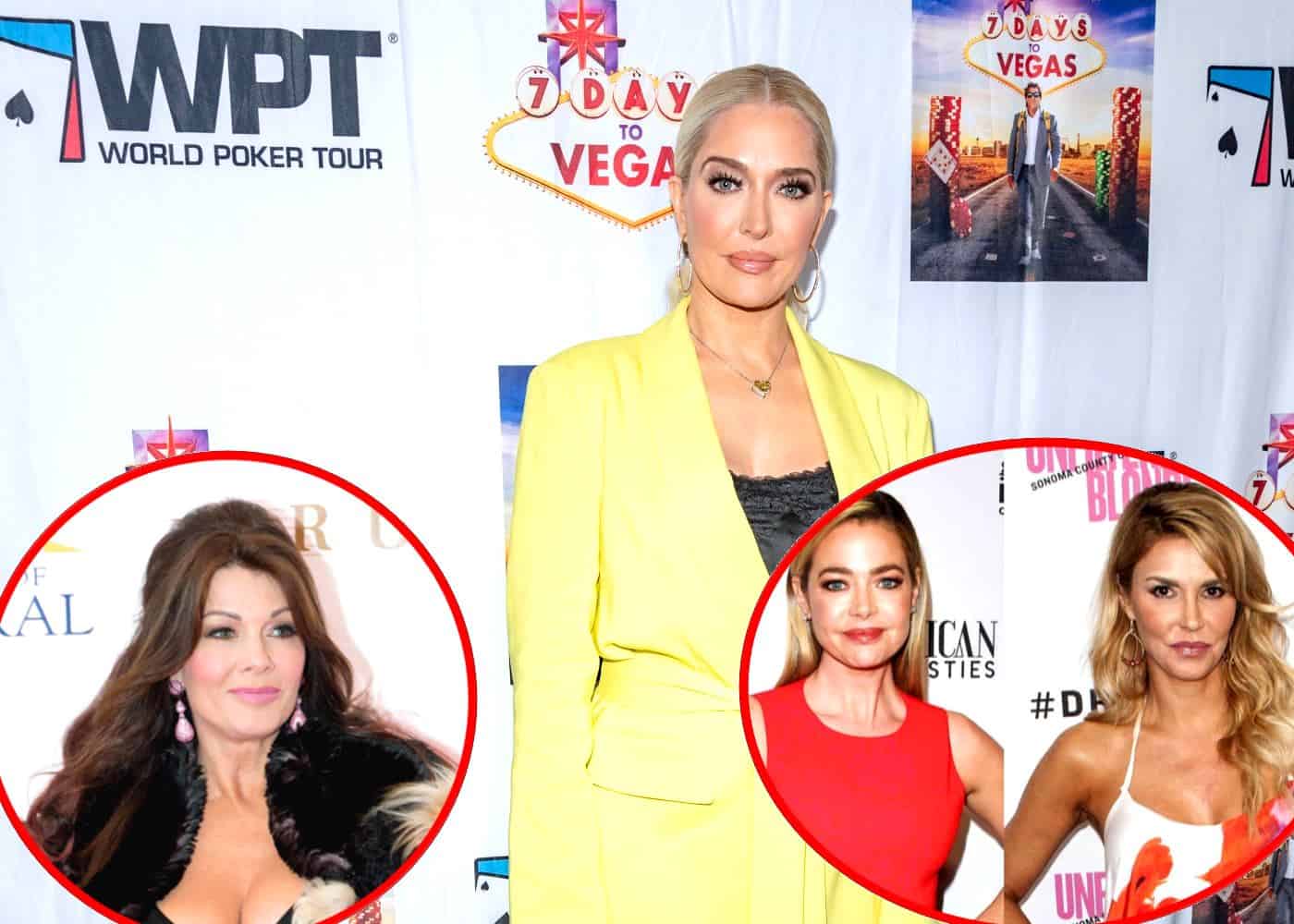 Erika Jayne appeared on the Watch What Happens Live After Show last night, and during the show, she spoke about the upcoming 10th season of The Real Housewives of Beverly Hills.

After first answering a fan’s question regarding how she feels about Brandi Glanville‘s return and commenting about Lisa Vanderpump‘s exit from the show last June, Erika predicted Denise Richards will have the toughest time at the reunion during a game of  “Season Superlatives” with host Andy Cohen.

“Brandi always brings it,” Erika said of Brandi’s return during the WWHL: After Show. “And she’s got some information.”

As RHOBH fans have surely heard, Brandi allegedly revealed to the cast during season 10 that she and Denise were involved in a months-long affair, which quickly caused a commotion amongst the group.

“They start the season all getting along famously,” Andy revealed.

“Yeah, well then it… You know,” Erika teased.

After one person, who didn’t realize Lisa quit, called in to ask about what fans would be seeing from Lisa during the upcoming episodes, Andy informed the caller that she was “unfortunately not on the show this season.” Without missing a beat, Erika threw some shade in the direction of her former co-star.

“Is it unfortunate?” Erika wondered.

During the live broadcast of WWHL, Erika answered a number of rapid-fire questions in “Season Superlatives,” revealing that she got a “better first impression” of Garcelle Beauvais than she did of fellow newbie Sutton Stracke and naming Lisa Rinna as the “biggest pot-stirrer” and “funniest drunk.”

As for who had the “best looks” of the 10th season, Erika gave that honor to Dorit Kemsley, who she also said made her laugh the most.

At the end of the game, Andy asked which of her co-stars will “have the most to answer for at the reunion.” Erika revealed it was Denise who would likely have the toughest time facing her co-stars at the upcoming taping.

The Real Housewives of Beverly Hills season 10 will premiere on Bravo sometime in the coming months.