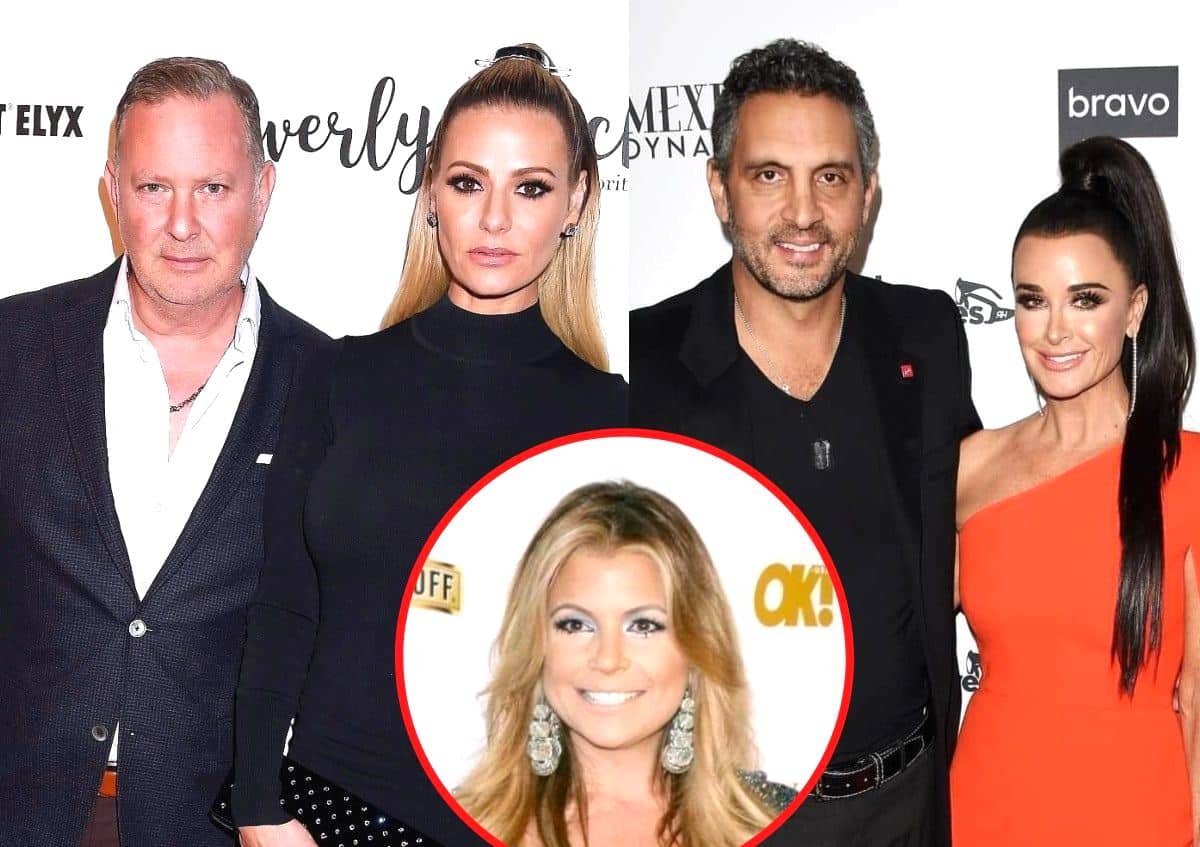 Dorit Kemsley is lashing out at former Real Housewives of Beverly Hills star Dana Wilkey after seeing that she shared a post on Instagram. The post suggested Dorit is not only cheating on her husband, Paul “PK” Kemsley, but that she’s doing so with Mauricio Umansky, who is married to her co-star and friend, Kyle Richards.

After Dana, who appeared as a “friend” amid season two, asked her fans and followers for their thoughts on the rumor, suggesting that RHOBH fans “can’t stop talking” about it, Dorit slammed her as “miserable” and thirsty.

“Is something wrong with you woman? Or are you just so miserable in your life you have nothing better to do? You’re definitely one of the thirstiest people I’ve ever seen, I guess it’s just as simple as that?” she asked.

According to Dorit, Kyle and Mauricio are her and PK’s close friends. In fact, they have such a close relationship with the couple that their two children, Jagger, 8, and Phoenix, 6, refer to them as “auntie” and “uncle.”

“Do you think this is ok for my kids to see when it’s a disgusting lie?” Dorit continued. “If this is the only way you can make a buck then so be it but at least have some decency and stop trying to peddle false narratives especially when you know there is ZERO truth behind it and your whole motive is to just hurt people for no reason.”

“It’s sad, pathetic and bound to bite you in the a– inevitably,” she added.

As RHOBH fans may have seen, Dana has been at odds with Dorit and her husband for months, prompting a feud with them in October when she shared a post that contained their street name prior to a terrifying robbery at their $7.9 million home.

“I hope you sleep really well tonight. You put her and her kids in danger by posting this. Disgusting,” Teddi Mellencamp wrote in response to the post.

Then, months later, PK threatened to sue Dana for spreading lies about his family, including cheating allegations and claims of insurance fraud.