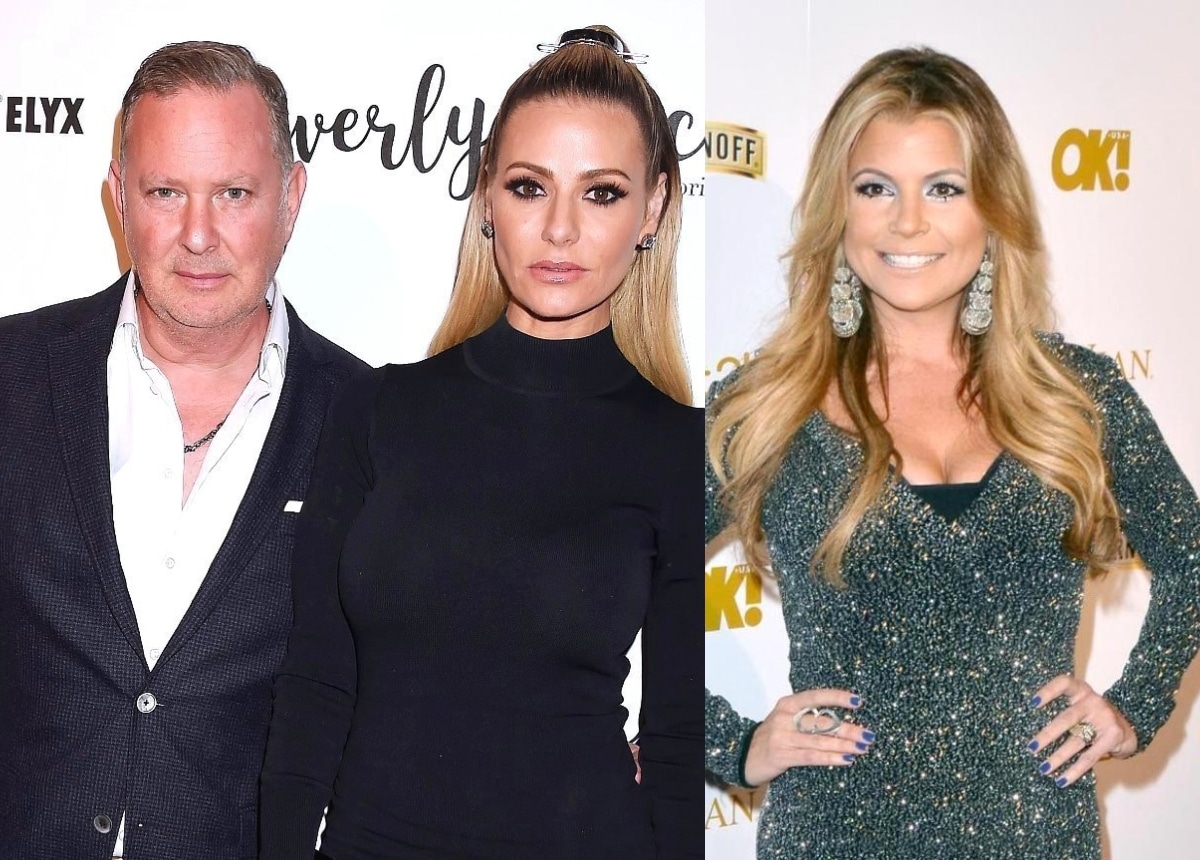 Paul “PK” Kemsley has a new “C-nt of the Month,” and this person is a two-time offender.

In a recent post shared on Instagram, Dorit Kemsley‘s husband called out former Real Housewives of Beverly Hills cast member Dana Wilkey, who he claims has been “spreading lies and making heavy accusations” against him and his family on her podcast, Dishing Drama with Dana Wilkey Uncensored, which recently targeted him in a “deep dive” episode.

“[Dana Wilkey] has done it again… She’s the [C-nt of the Month] for the second time,” PK wrote, according to a screenshot shared by Cici Loves Bravo TV on Instagram. “This accolade has been awarded for the following comments she has made on her little podcast: 1. I have a 32-year-old Jewish girlfriend that I see in London and didn’t return to be with my wife after the home invasion because I was with this ‘blonde.’ 2. I settled with the Bellagio using insurance monies from the home invasion (Bellagio was settled [two] years ago).”

As RHOBH fans well know, Dorit was robbed at gunpoint at the $7.9 million Encino home she and PK share as their kids, son Jagger, 7, and daughter Phoenix, 5, slept nearby. At the time, PK was out of town to attend the wedding of a family member in the U.K.

“You two [losers] can’t broadcast made up lies and expect zero consequences, I’m not that guy,” PK went on, slamming Dana as a “[vile trashy] big mouth liar.”

“Once again I’m suggesting you stop spreading lies about me and my family, you didn’t hear me the first time so maybe we will test your pocket in court as you like to question mine… See you soon love,” he added. 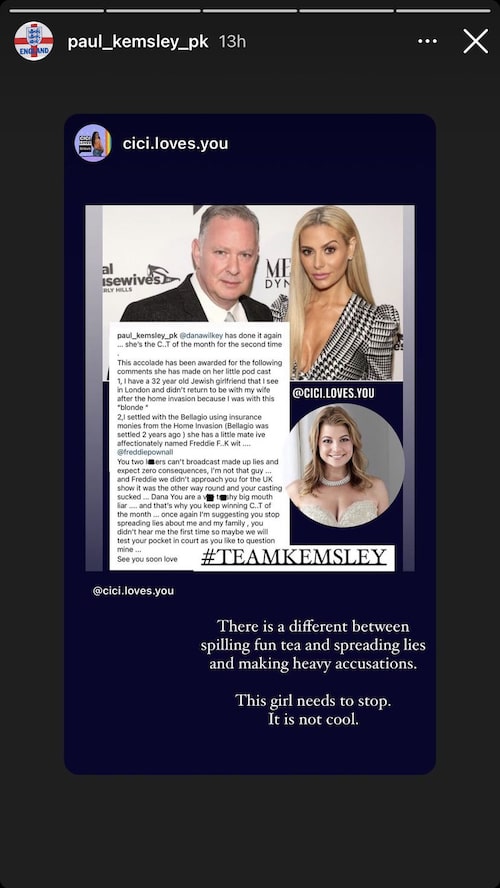 Also sharing the post on his Instagram Story, PK had an additional message for the RHOBH alum.

“There is a [difference] between spilling fun tea and spreading lies and making heavy accusations. This girl needs to stop. It is not cool,” he stated.