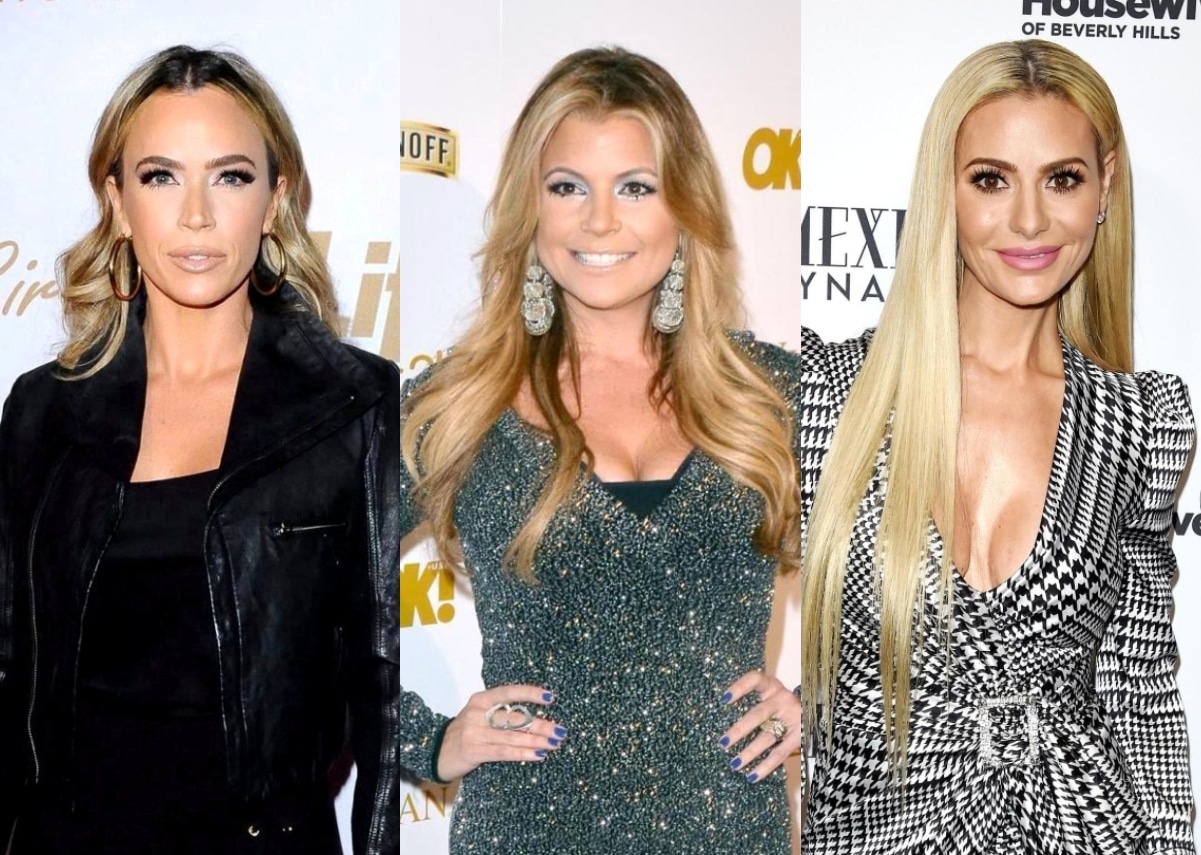 Teddi Mellencamp took aim at Dana Wilkey over a controversial post she shared on Instagram prior to the devastating robbery that took place at Dorit Kemsley‘s home on Wednesday night, claiming the former Real Housewives of Beverly Hills “friend” put Dorit and her kids “in danger.”

In a comment to Dana’s since-deleted Instagram post, Teddi, who visited Dorit on Thursday, slammed Dana as “disgusting” for sharing a deposition that featured the moniker of Dorit’s LLC, which is named after the Encino street on which Dorit, her husband, Paul “PK” Kemsley,  and their two kids, son Jagger, 7, and daughter Phoenix, 5, own a $7.9 million home.

“I hope you sleep really well tonight. You put her and her kids in danger by posting this. Disgusting,” Teddi wrote in response to Dana’s post, via Page Six. 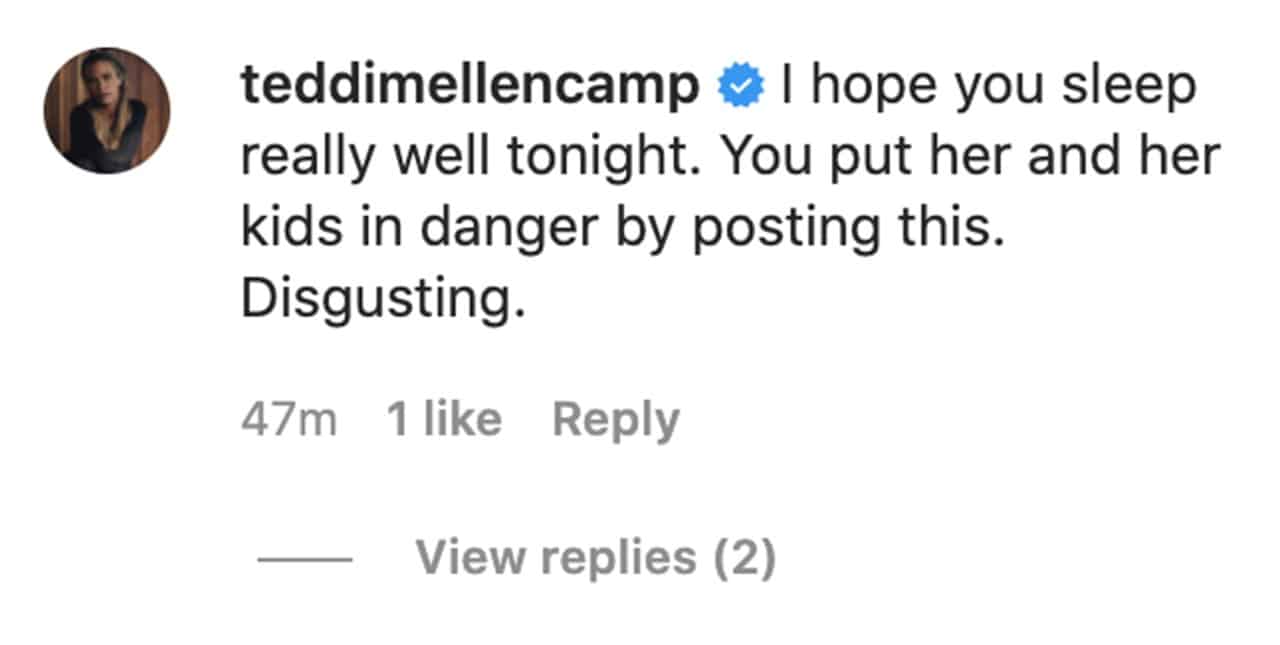 In the caption of Dana’s post, which did not include Dorit’s exact address, she asked, “Guess why I’m posting this?” And in response, PK said she had shared the deposition, which he described as a “normal statutory document,” because she’s “thirsty” and “wants more followers.”

In response to Teddi’s comment against her, Dana returned to her Instagram page, where she shared a statement on her Story.

“The post I made had an office address NO HOME ADDRESS and was public record. Her house is for sale on the public market and I have received the listing several times by people with address and pictures. PK REPOSTED my post calling out that it was public record a few hours before this incident in his CT of the week,” she wrote.

Dana then suggested Teddi, whose husband, Edwin Arroyave, works in the home security industry, should educate her RHOBH co-star and friend and pointed out that cast members of their series may be getting robbed because they flaunt their wealth.

“Maybe [Teddi Mellencamp] could comment on what Dorit could do better to improve her security system I’ve heard she knows a lot about that! It appears [RHOBH] have been burglarized several times likely because of showing their lifestyle,” she continued.

Dana also added, “I wish her and her family to be made whole and I am sorry she had to endure such a horrible experience.” 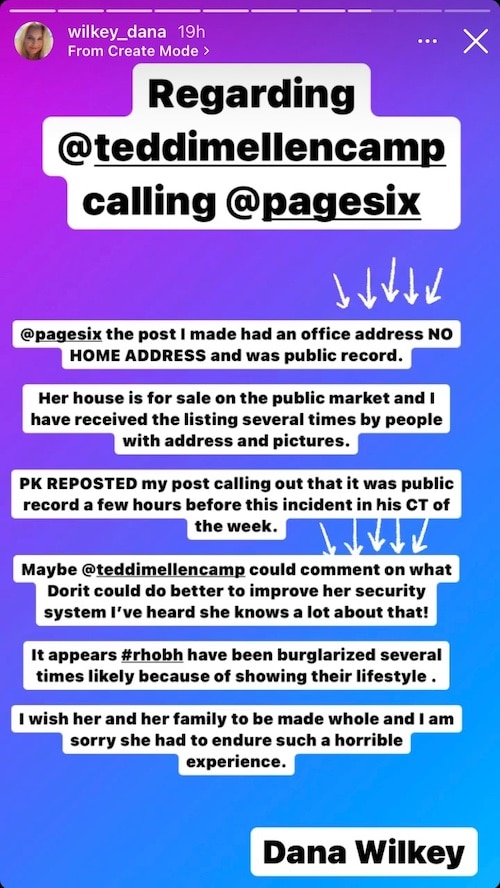 Dana was featured in a “friend” role on the second season of The Real Housewives of Beverly Hills and is most known for showing off her $25,000 sunglasses.