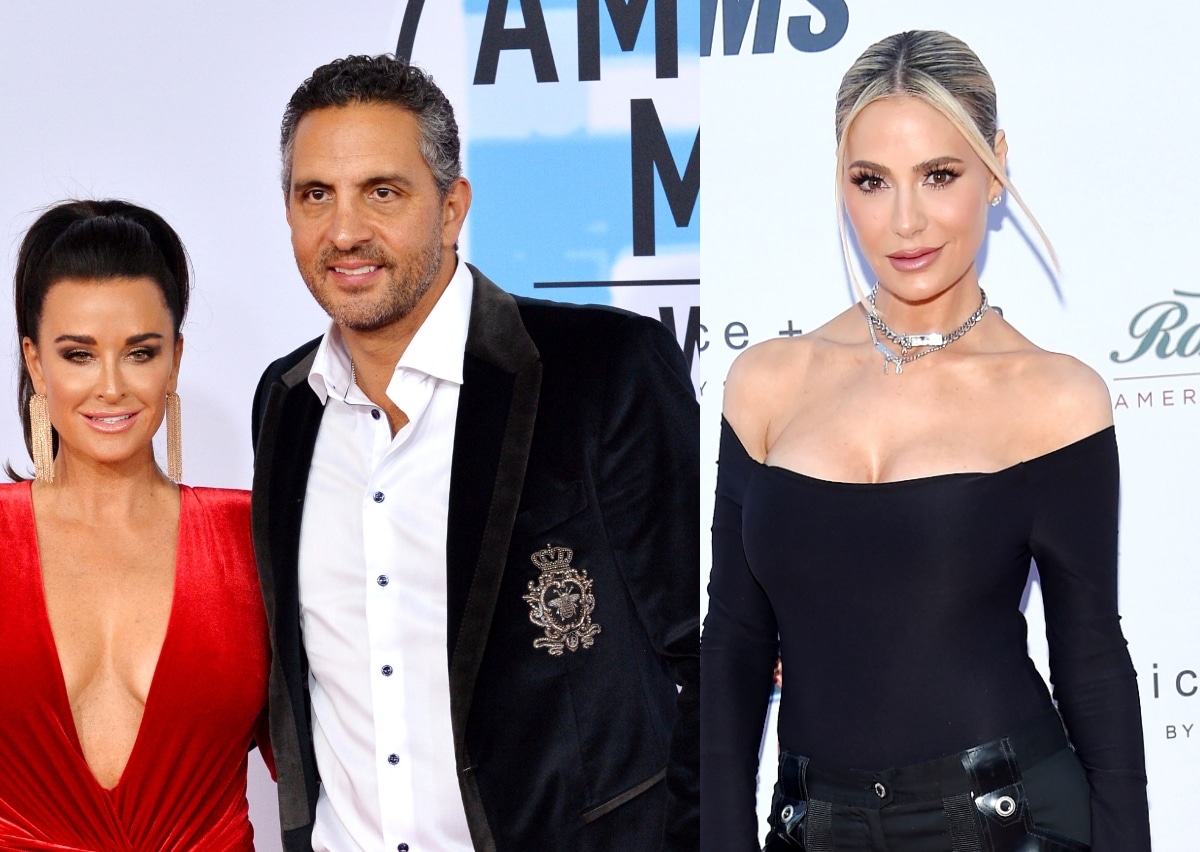 Kyle Richards offered an update on Dorit Kemsley while appearing on Tuesday’s episode of Watch What Happens Live.

Weeks after Dorit was robbed at gunpoint as her kids slept and her husband, Paul “PK” Kemsley, was out of town, the Real Housewives of Beverly Hills cast member spoke to Andy Cohen about her co-star before opening up about her marriage to husband Mauricio Umansky in a separate interview.

“[Dorit]’s doing, not so great now to be honest,” Kyle admitted on the November 16 episode of the WWHL: After Show. “When it first happened she was unbelievably strong and I was so impressed by how she handled the situation when it actually happened. And then the days after, I think the shock wore off and it hit her and I think it’s going to take her a long time to get over that.”

Dorit was robbed at the end of October of a reported $1 million worth of items.

“I don’t know if you ever get over something like that, you know, having two men in your bedroom in the middle of the night and one man downstairs and just to be home alone with your kids is absolutely terrifying,” Kyle continued, adding that Dorit is “for sure” suffering from “PTSD.”

After celebrating their 25th wedding anniversary in January, Kyle and Mauricio graced the cover of The Knot magazine’s 25th-anniversary issue, and shortly thereafter, they spoke to E! News about their thoughts on renewing their vows and shared some tips for a happy marriage.

“I don’t think we want to do that. Why mess with something good?” Mauricio asked of a vow renewal. “I think everything works great right now. Why go do it again and change the mojo? We got good mojo going on.”

“We don’t want to mess with anything,” Kyle agreed.

As for their marriage secrets, Kyle said she and Mauricio benefit from surrounding themselves with “other strong couples” who are “a positive influence” and respecting “each other as individuals.” Mauricio also named respect as the “most important thing.”

“I’m laughing all the time with her. If someone can make you laugh, I don’t know if there’s anything better than that in the world. And obviously, she’s gorgeous and beautiful, but that’s the easy part,” he noted.

Meanwhile, Kyle said that when it comes to Mauricio, she loves that he is a “very sensitive guy.”

“He’s tall, strong and tough when it comes to business. But my girls and me, he’s very sensitive. He’s an emotional person and my daughters love and appreciate that about him,” she shared.

Kyle and her castmates are currently in production on season 12 of The Real Housewives of Beverly Hills.