RHOBH: Kyle Richards Shares What Mauricio Thinks Erika Knew About Tom’s Alleged Crimes, Explains Financial Status of Their Marriage, Plus Where She Stands With Erika Today 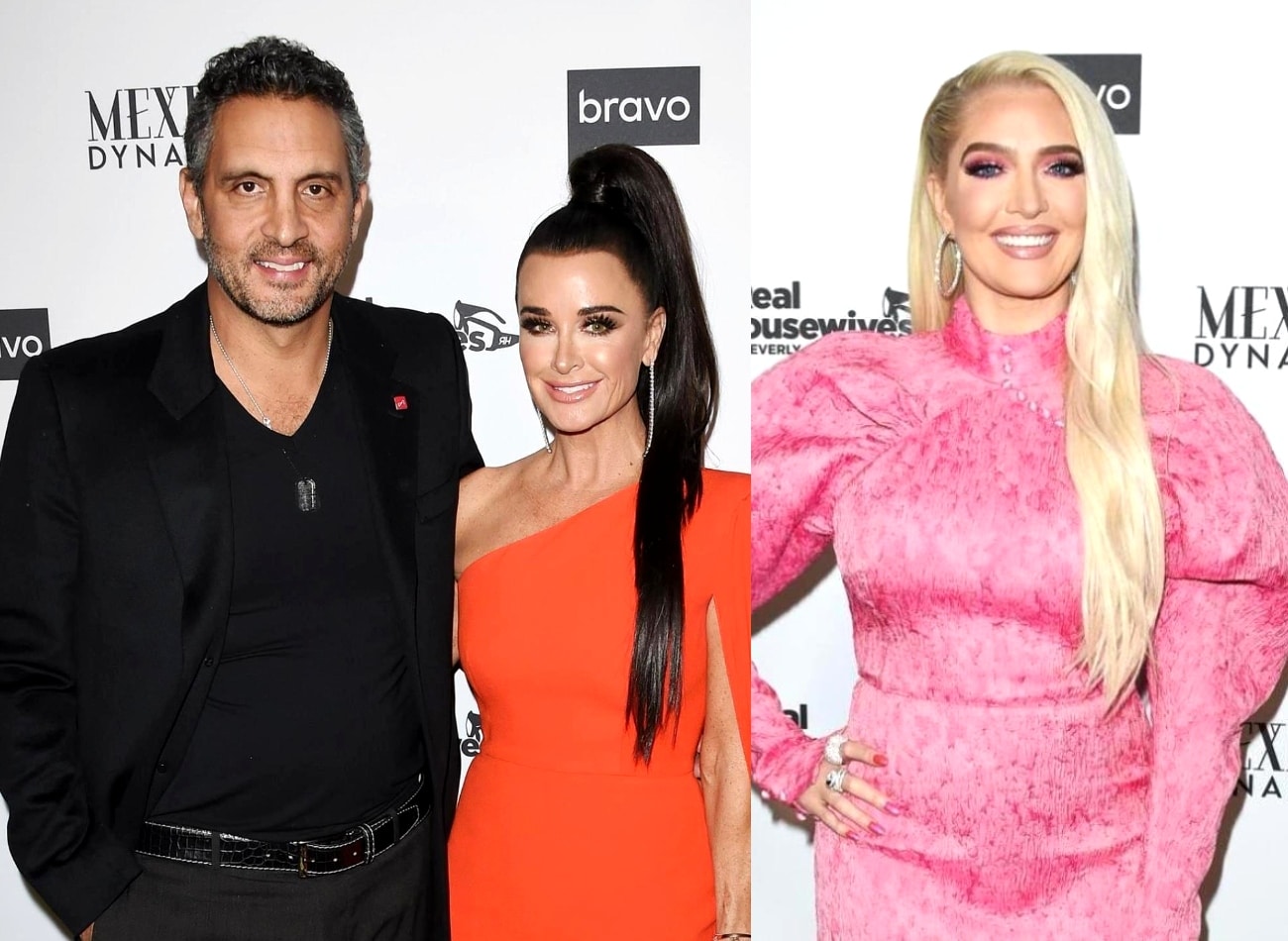 Kyle Richards is opening up about her husband Mauricio Umansky‘s thoughts on the legal mess Erika Jayne has found herself in.

As she and her Real Housewives of Beverly Hills castmates continue to find out new information week after week, Kyle appeared on Teddi Mellencamp‘s podcast, where she shared Mauricio’s thoughts, disclosed details about their own finances, and confirmed where she stands in her relationship with Erika today.

“He just said, ‘I don’t think she’s aware of anything, I really don’t,’” Kyle shared on the August 24 episode of Teddi Tea Pod.

According to Kyle, Mauricio sees how she responds to his business chatter and likely believes Erika was the same way throughout her marriage.

“He sees me, who he tries to tell things to, and I’m like, ‘I can’t be bothered to hear this. I’m too ADD and I’ve got stuff to do.’ So he’s like, ‘I really don’t think she knew or paid attention to any of these things,’” she explained.

“With us, both our names are on everything together but I don’t look at those things — until this season,” she admitted. “It started coming up so often that actually my husband said, ‘You should know all of this. You don’t pay attention.’ He made me sit down and we went through everything. I didn’t pay attention [because] he handles that stuff.”

During last week’s episode of RHOBH, Erika was confronted about the contents of an L.A. Times article, which Sutton Stracke read repeatedly. And, while Kyle didn’t read the publication during their trip to Tahoe, she did so once she arrived back home. That said, she was still confused by much of the legal jargon.

“I wanted to know what could end up happening with Erika in the long run,” Kyle explained, adding, “I get scared to talk, too, because I don’t want to say something wrong and be quoted and be making a mistake.”

As Kyle and her castmates attempt to navigate through Erika’s legal drama, her relationship with her co-star has remained in a positive place.

“It’s good. She’s going through a hard time and what I always say is, Erika has been nothing but a good friend to me and supportive of me when I’ve gone through hard times. And in this country, you’re innocent until proven guilty,” Kyle noted. “I want to be there and support her. This is not something you can blindly support because of what the accusations are so I’m educating myself and trying to figure it all out and support my friend in the meantime.”

“She says she did not know any of this and I have to believe the person that I know,” she added.