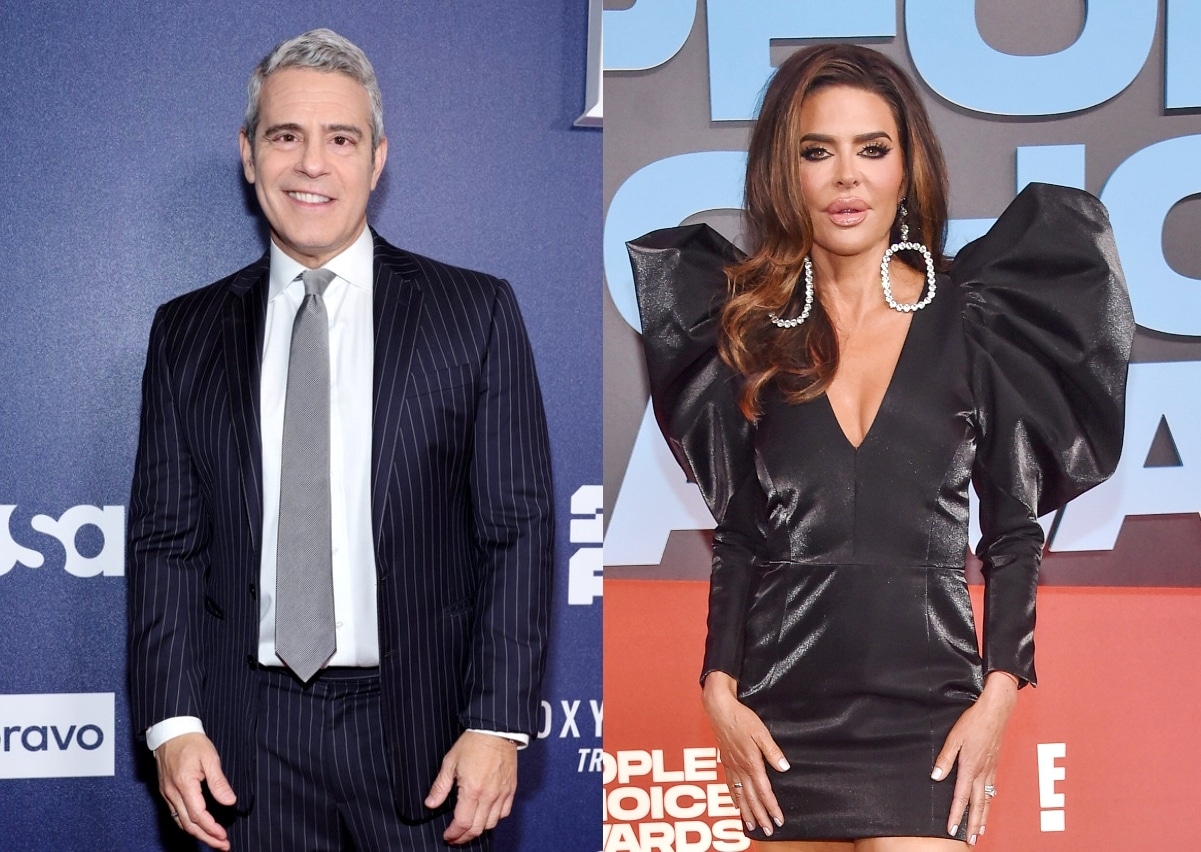 Andy Cohen took to his radio show on Monday to reveal what was inside the mysterious manila envelope Lisa Rinna brought to the Real Housewives of Beverly Hills reunion.

After the contents of the envelope were teased in sneak peeks but left out of the final cut of the three-part special, Andy shared what Lisa planned to expose to her castmates while also explaining why the reveal was ultimately left on the cutting room floor.

As RHOBH fans well know, Lisa and Sutton Stracke have been feuding for more than a year over claims Sutton made in regard to purchasing tickets to Elton John’s Oscars party for Lisa and her husband, Harry Hamlin, on Watch What Happens Live.

“A few years ago, Harry and Lisa both came, I invited them to the Elton John gala, and they came with me as my guests. I never got a thank you,” Sutton alleged during a September 2021 episode of WWHL.

But amid the live broadcast, Lisa shot Sutton down on her Instagram Story, saying, “We didn’t come as your guests [Sutton Stracke]. [Elton John] invited us to his event, you asked us to sit at your table. So we did. Let’s just make that clear.”

Lisa also said, “We’ve gone to the fabulous Elton John Oscar party for years, I remember going in 2006 while I was doing [Dancing With the Stars] and dancing the night away. We love [Elton John and David Furnish]. It’s truly incredible all of the money they have raised for the Elton John AIDS Foundation.”

While Lisa intended to further state her case at the RHOBH reunion, Andy told listeners of his radio show that her receipts were not included in the special due to time constraints.

“There were a lot of decisions made in the edit to cut down many conversations,” he noted. “Pretty much every topic we beat to death because that’s what we do.”

According to Andy, the taping of the reunion in September was quite lengthy and didn’t conclude until “10 at night.”

Although Sutton insisted she “actually bought [the] tickets” for Lisa and Harry on WWHL despite her co-star’s denial, Lisa continued to say she didn’t. She also posted a number of throwback pics from the events she’s attended over the years on her Story, telling her online audience she and Harry were “guests of Elton, not Sutton.”