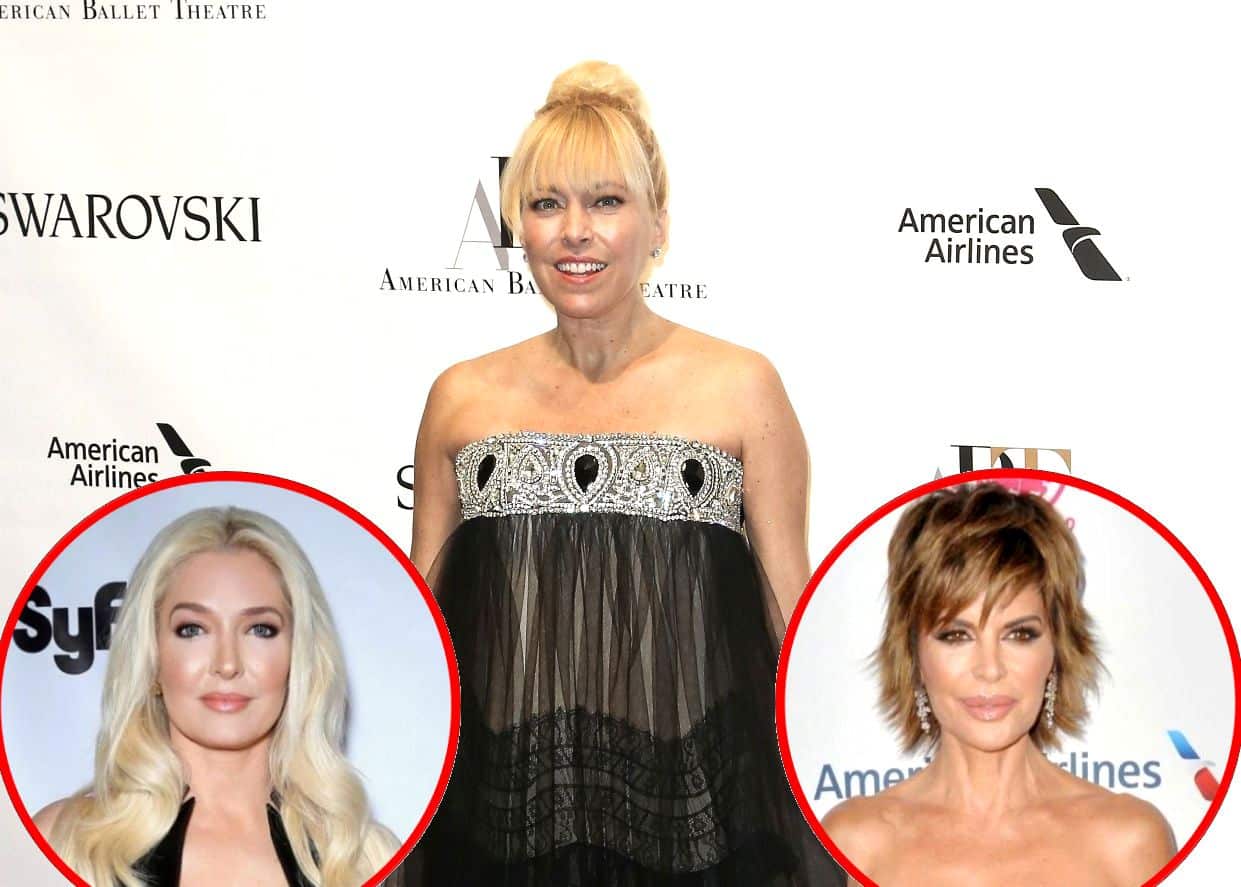 Sutton Stracke appeared on Wednesday night’s episode of Watch What Happens Live, where she spoke about being the lone wolf in her questioning of Erika Jayne.

After leading the charge against Erika throughout The Real Housewives of Beverly Hills season 11, Sutton shared her thoughts on the silence of her castmates before explaining why she offered Erika money after her split from Thomas Girardi and feuding live with Lisa Rinna after suggesting she paid $20,000 for her and Harry Hamlin to attend the Elton John Gala years ago.

After host Andy Cohen asked Sutton on the September 22 episode why she didn’t expose to Erika that the other ladies were in agreement about her situation, Sutton told him, “That’s their job, not mine.”

Then, when Andy wondered if anyone apologized for not having her back, Sutton said that “not a one” of her co-stars said they were sorry.

During Wednesday’s episode of RHOBH, Garcelle Beauvais was accused of taking “jabs” at the ladies as she voiced her feelings about being left out of the group. However, while looking back on the conversation, Sutton said the entire cast throws jabs before admitting that she would have liked to see everyone make a better effort to get to know one another.

“Garcelle has so much to offer and I was pushing her to be friends, too, like, ‘Get to know these girls more,’” she recalled.

As for her offer to loan Erika money amid her split from Thomas at the end of last year, Sutton said she was simply reaching out to help a friend.

As the WWHL episode continued, Sutton was asked if she felt that Lisa was pushing it in her comments about Garcelle’s failure to offer a “thank you” to Harry after they dropped off a container of his sauce she liked to her home. In turn, she accused Lisa of failing to thank her for a couple of $10,000 tickets she reportedly gave to her and Harry.

“So a few years ago…. This is really bad… A few years ago, Harry and Lisa both came, I invited them to the Elton John Gala. And they came with me as my guests. I never got a thank you,” Sutton alleged.

Lisa quickly offered a response on her Instagram Story, saying, “We didn’t come as your guests [Sutton Stracke]. [Elton John] invited us to his event, you asked us to sit at your table. So we did. Let’s just make that clear.”

She also added in a second post, “We’ve gone to the fabulous Elton John Oscar Party for years. I remember going in 2006 while I was doing [Dancing With the Stars] and dancing the night away. We love [Elton John] and [David Furnish]. It’s truly incredible all of the money they have raised for The Elton John Aids Foundation.” 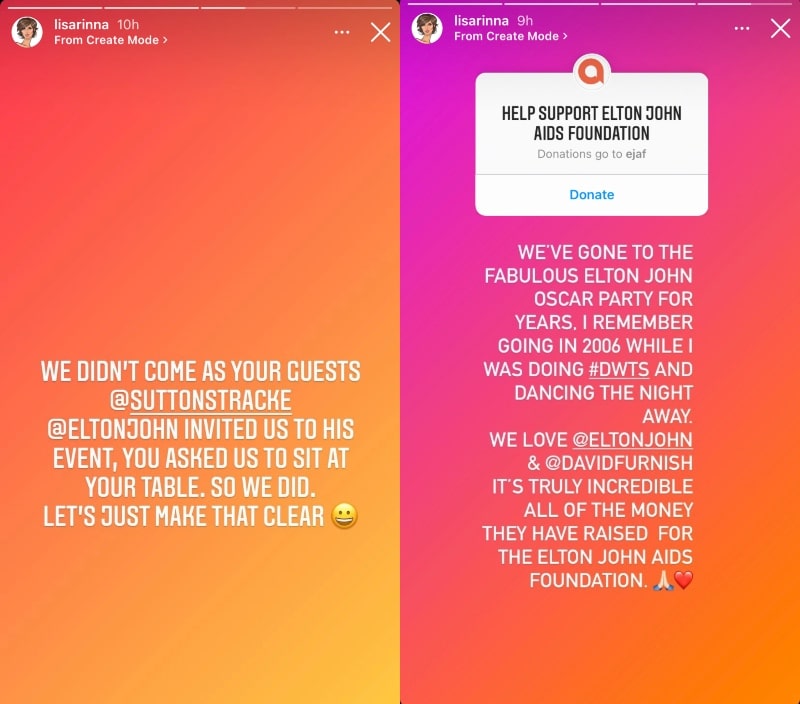 When Sutton was then asked for a live response to Lisa’s social media posts, she doubled down on her claims of having bought the tickets herself.

“We’re going to have words about this. I purchased [the $10,00 tickets] for them… and I had other people with me, as well. Perhaps they did not know that I actually bought those tickets for them. Maybe that’s a miscommunication,” she suspected.

Also on the show, Sutton confirmed she was surprised by the events of the reunion and that she wasn’t surprised when Erika began using the term “allegedly” when speaking about estranged husband Thomas Girardi’s car accident.