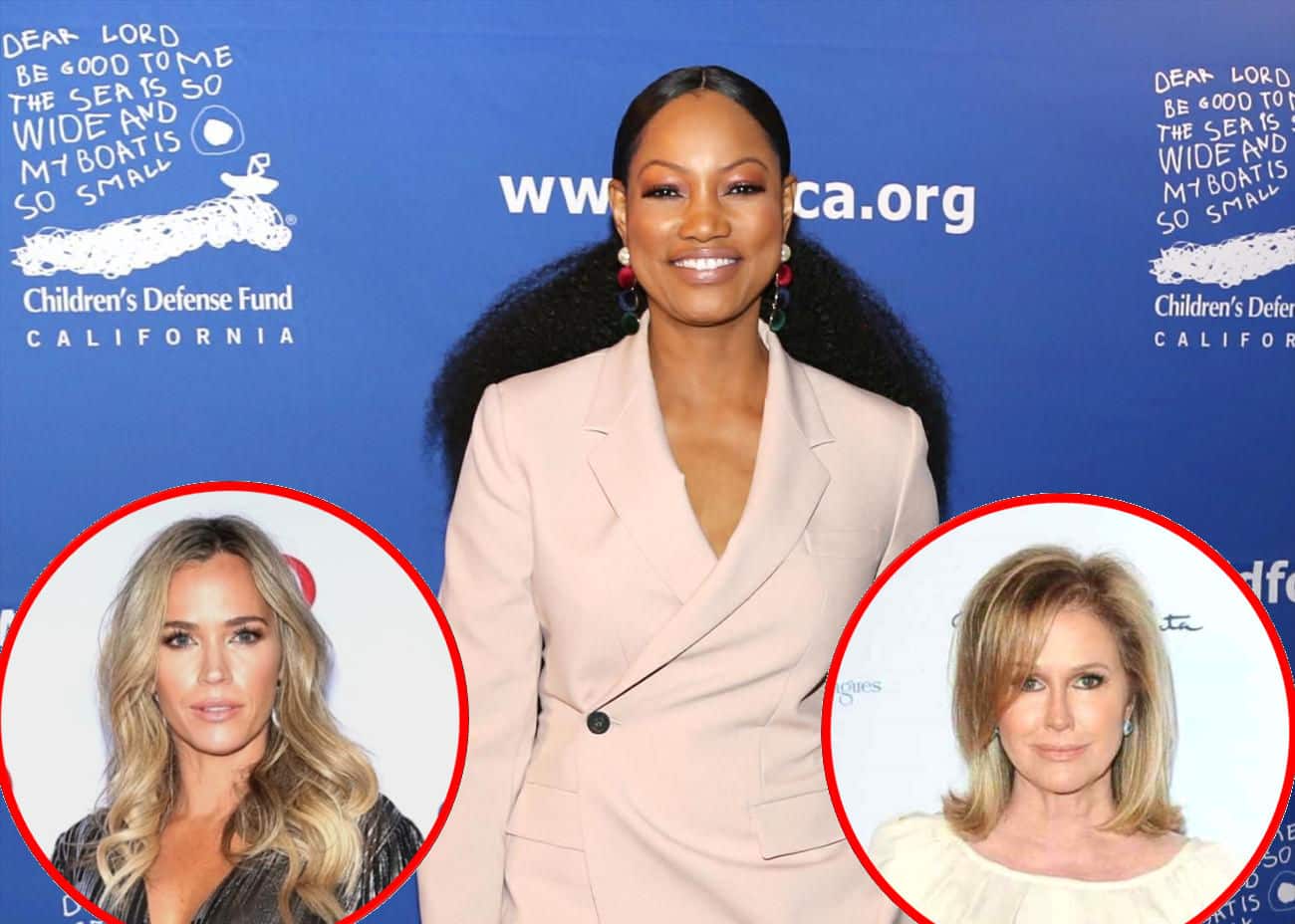 As she looked back on the intense conversation she and her castmates had with Erika Jayne regarding what she knew, or didn’t know about her estranged husband Thomas Girardi‘s alleged crimes against former clients, Garcelle wondered why Teddi was invited before calling out her castmates over their selfish behavior.

“It was a lot. And why was Teddi there?” Garcelle wondered about her ex-co-star on the RHOBH: After Show‘s August 18 episode.

According to Garcelle, the cast appeared to be more concerned with themselves during the episode, than they were about Erika.

During the episode, the cast was sure to point out that Sutton had called a group meeting without Erika to discuss the legal accusations being made about her and Thomas. However, when it came to discussing that meeting with Erika, many of the women played coy about their feelings, instead of putting the spotlight, in a round-about way, on what Sutton had said.

“If you know she said something, instead of going around the bush and putting a riddle and we gotta figure out what the riddle is, just say, ’Sutton, remember you said that?’ And then Sutton can go, ‘I did say that,’ or ‘I didn’t say that,’ but they never wanted to do that. They just kept on saying, ‘That’s not what you said, tell her what you said, that’s not your truth,'” Garcelle recalled.

Meanwhile, Sutton said that her castmates likely wanted her to tell Erika that she felt her reputation was on the line.

“It’s interesting that that was the most important thing that I brought up because the other stuff was way more important,” Sutton shared.

During another segment of the RHOBH: After Show, Kyle explained her decision to include Teddi in her event.

“It was fun to have Teddi come to the holiday dinner because we’re very close friends,” Kyle explained. “She’s also very close with Erika, [Lisa Rinna], and [Dorit Kemsley]. So it was just nice to have her back in the group and have fun and laugh. She’s been a good friend to Erika, and I thought it would be good to have a little extra support for Erika because Erika seemed to be very, very vulnerable at this time.”

Then, when Sutton tried to explain the “Fox Force Five” to Garcelle, saying it stemmed from the bond they formed after their falling out with Lisa Vanderpump, Garcelle shaded the group as “weird.”

“It just seems kind of weird though, too. I mean, there’s only eight of us,” she pointed out.

Also during the episode, Kathy Hilton reacted to a comment she made on a video shared of Kyle and Teddi in which she suggested she didn’t know who Teddi was.

“All I saw was a girl’s thigh and Kyle kind of laughing that they were obviously carrying on and having a good time, and I saw these peculiar-looking sandals. That’s all I could see so I thought, ‘Kyle’s showing these sandals.’ So I got a kick out of it and I didn’t know who it was. All I saw was the leg. [But] I know exactly who Teddi is,” she confirmed.