RHOBH’s Kyle Richards and Teddi Mellencamp Shade Lisa Vanderpump as Kyle Claims Lisa Was “Embarrassed” by Dinner Bill Drama and Calls Her Out For Quitting Show, Plus Kyle Talks “Fake Moments” and Housewives All Stars

by Emily Campbell May 25, 2021 316 comments
ShareTweetWhatsappPinterestRedditTumblrMailFlipboard 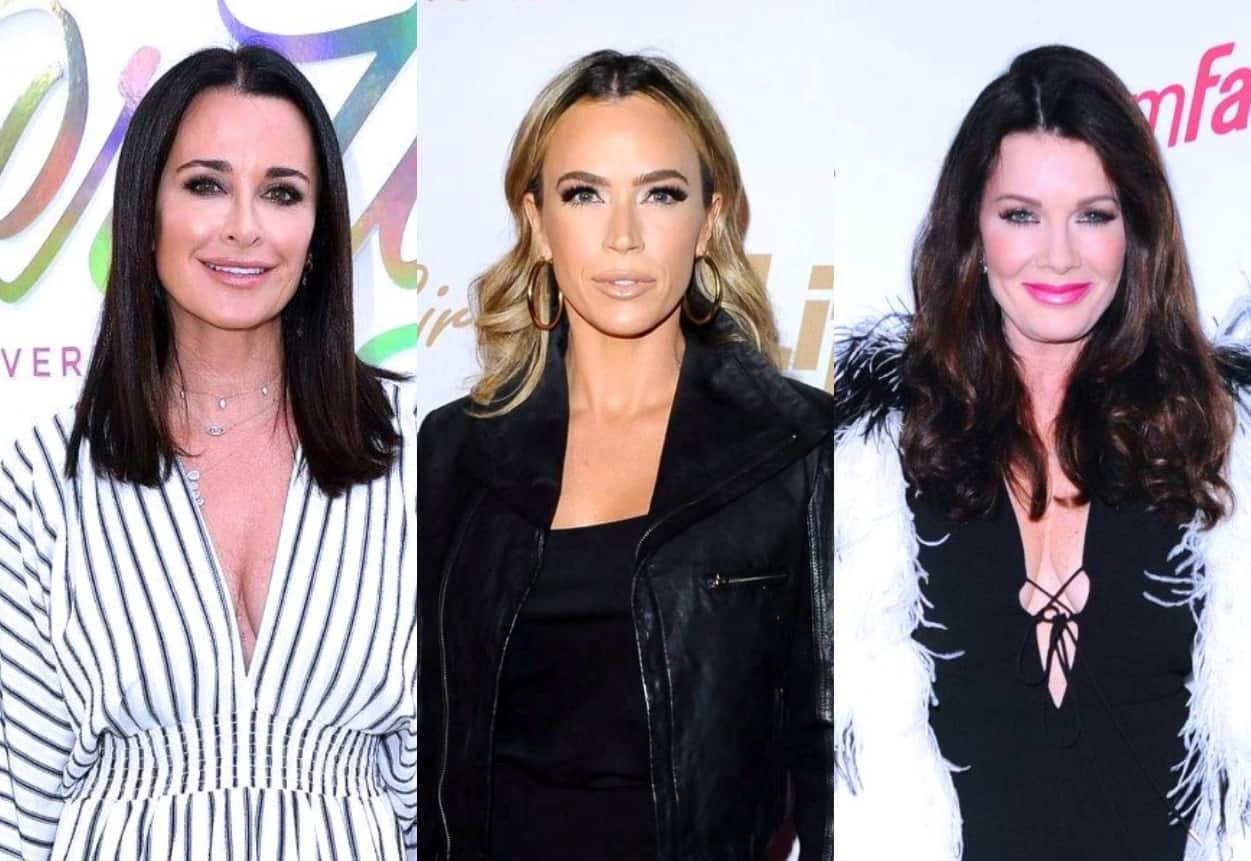 Kyle Richards and Teddi Mellencamp throw more shade at Lisa Vanderpump and Kyle is asked to name her fakest co-star. Plus, the Real Housewives of Beverly Hills star dishes on her Housewives: All-Stars experience.

As fans surely know, Kyle and Lisa have been going back and forth in the press after Lisa jokingly sent her $132 dinner bill to Kyle’s table during their most recent run-in at a restaurant. Though Lisa was trying to be funny, Kyle wasn’t amused at all, and she and bestie Teddi further shaded the Vanderpump Rules matriarch when Kyle joined Teddi on her podcast.

“I saw her call out [Real Housewives of Orange County star] Kelly Dodd in her restaurant for not paying a bill, like, who actually leaves a restaurant without [paying the bill]?” Teddi wondered on her Teddi Tea Pod podcast after Kyle recounted the drama yet again. “Like, even if they can call you and get it paid or whatever, even if it’s a joke, even if you left a cash tip, it’s just rude to even put the restaurant in a position to even have to ask that.”

Though Lisa has claimed she left behind an imprint of her credit card just in case Kyle — or the executive producer the mother-of-four was dining with — refused to pay, Kyle implied that Lisa actually called the restaurant and was subsequently  “embarrassed” about the whole ordeal.

The Halloween Ends actress went on to shade Lisa for quitting the show that made her famous simply because she was accused of selling the puppy-gate story.

“She signed up to do the Housewives and she’s gotten a lot out of it,” she quipped. “You know… her restaurants, her shows or whatever. I mean, honestly, in the big scheme of things, our big falling out was [me] saying that people think you [sold] this story and that’s why you leave? I mean, are you kidding me? If this would have happened [on The Real Housewives of New York City] do you think somebody would have never come back again? Like, who cares?”

“It’s not that big of a deal and it wasn’t that big of a deal,” she continued. “And it didn’t have to come to that, and she should have just said, ‘Okay, believe what you want,’ and moved on. But she’s bitter that it worked out the way it did.”

Later in the podcast, Teddi attempted to make Kyle name her “fakest” co-star on season 11. However, she refused to name just one and basically called out the entire cast for being fake at one point or another.

“I’m going to be honest. There are a lot of fake moments I see with a lot of people across the board where I kind of go, ‘Oh my gosh,'” she said, adding, “It even comes up on the show so stay tuned for that.”

Kyle wasn’t as reluctant to spill on her experience filming the Real Housewives mashup series as she admitted she was a bit skeptical about being the only RHOBH star asked to join the spinoff.

She went on to say that, as a fan herself, most of the women in the mashup turned out to be much different than she anticipated. She also explained how the spinoff will be different from the typical Housewives shows.

“It was so interesting because I was there as not only a Housewife, but I was there as a fan, and it was a very interesting mix,” she teased. “I really think the fans are going to love this. It’s a very different style than we normally do because we’re talking openly about the fact that we’re on the show.”

Teddi then wanted to know who among the Turks and Caicos gang could be their new “bestie,” and though Kyle believes Melissa Gorga would make a great friend, she named one surprising person she enjoyed spending time with.

“Melissa is the most like us. But, Ramona [Singer], like, I know she’s all over the place [and] she offends everybody all the time, but I personally found her to be so entertaining,” she revealed. “I could have just grabbed my popcorn because she is so entertaining to me. She doesn’t even know.”

According to Kyle, she got along well with almost everyone, but she did shade at least one Housewife. But fans will have to wait until the show airs to find out who she’s referring to.

“I have something to say about everybody, and some of these people, I would have thought I would never wanna spend time with them. But now that I did, I actually would. Not everybody, though,” she snarked before laughing loudly.