by Lindsay Cronin May 20, 2021 193 comments
ShareTweetWhatsappPinterestRedditTumblrMailFlipboard

Following the premiere of The Real Housewives of Beverly Hills season 10, Kyle went into detail about her and Lisa’s dinner bill drama, slamming Lisa for being “so rude” during their past encounters and accusing her former co-star of ruining a fan’s cast photo as Lisa clapped back on Twitter.

“I was at dinner with one of our producers and she sent a bill over and she later said, because she likes to look at Twitter and all that and see what the people who don’t know us say, and everyone thought, ‘Oh, you couldn’t take a joke?’” Kyle recalled on the WWHL: After Show.

According to Kyle, she is always kind to Lisa when they cross paths, even though she can’t say the same for her former friend.

“She never speaks to me when I see her and I say ‘hello’ to her. Every time I see her, I go up and I’m polite and the last time she was so rude that this was actually the first time I didn’t go up to her table and say, ‘Hello,’” Kyle continued. “So when she sent the bill and it wasn’t paid, I guess after, they let her know that it wasn’t paid and she paid. I wouldn’t doubt that she would pay eventually but she did leave and wanted the bill paid.”

While Kyle did previously accuse Lisa of a “dine and dash,” she told host Andy Cohen that she didn’t doubt Lisa would “pay eventually” before revealing the “most important part” of the story.

“When she left the dinner, she went outside and there’s a fan who collects autographs and he asked me to sign some Halloween posters and he had a Real Housewives picture that he wanted all the cast to sign,” Kyle shared. “Rinna had already signed it and Vanderpump put Xs through all of our faces and mustaches and crossed us all out then put a heart next to her name and signed it and ruined his photo.”

“That’s the real story,” she added.

After the episode, Lisa responded to a number of fans on Twitter who called Kyle out for being a “drama queen” and reminded her that the whole thing was a “joke.”

“The fact is [Lisa Vanderpump] was joking with the producer not [with] you [Kyle Richards] so stop being such a drama queen. Also she didn’t ruin anyone’s picture because what she did is now a historical record of housewives history and I bet the photo could be sold for a good amount of [money],” one person said. 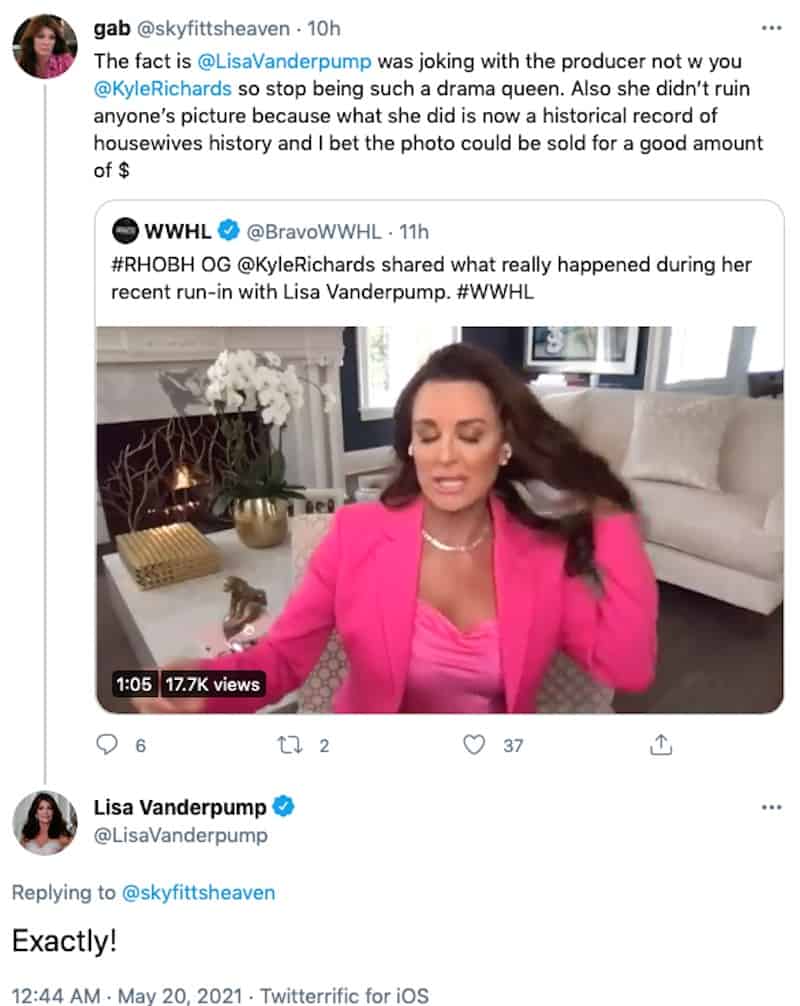 Another person said that Lisa is the “true and only queen of [Beverly Hills]” before noting that none of the other ladies even live in the city.

“I mean you have to live in the city for f-cks sake to be the queen of it right,” the person wrote. 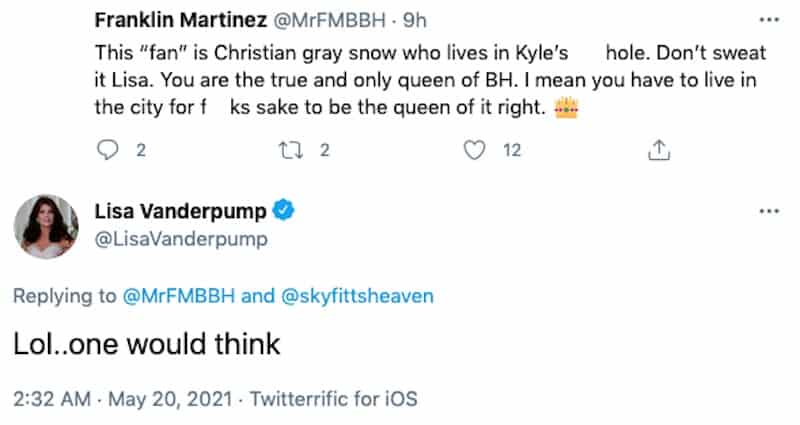 A third person shaded Bravo and Andy for making the WWHL episode about Lisa when she’s no longer part of the RHOBH cast.

“Why was half the [WWHL] episode about [Lisa Vanderpump] when she isn’t even on the show? Move on [Bravo] and [Andy Cohen] … it’s weird and pathetic,” the fan claimed.

“It was….? Oooh nooooo,” Lisa responded. 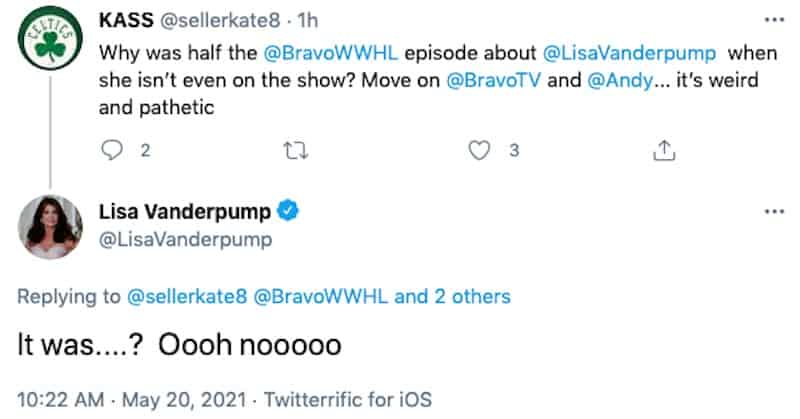 Also on Twitter, Lisa agreed with a fan who accused Kyle of trying to “make [Lisa] out [as] the [villain].”

“The joke was on the producer not Kyle,” the person stated. 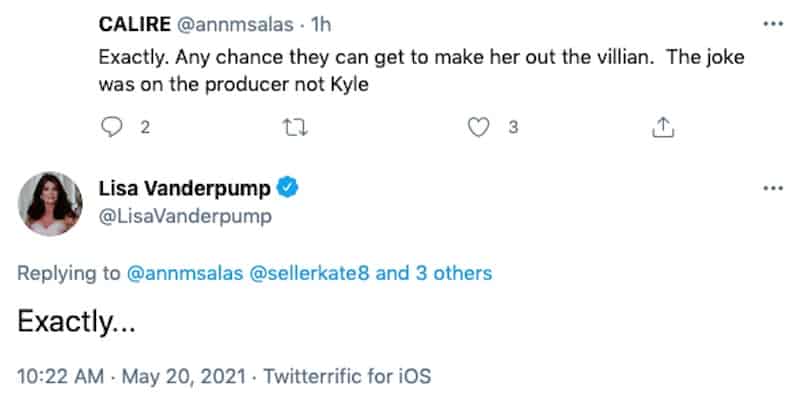