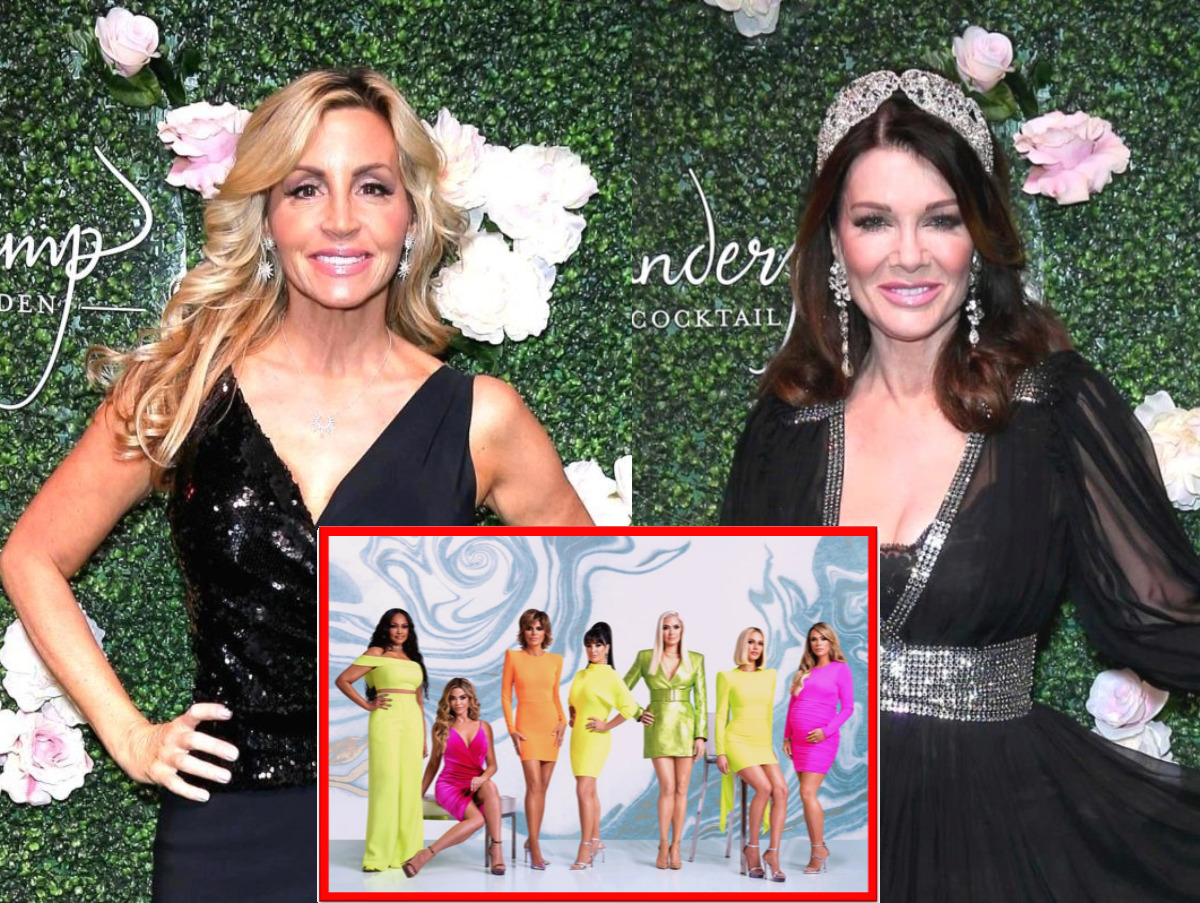 Camille Grammer and Lisa Vanderpump weighed in on Dorit Kemsley, Kyle Richards, and Teddi Mellencamp‘s moves to Encino, California this week with some shady posts on Twitter.

After Teddi opened up about the decision behind her recent $6.49 million home purchase in the area, Camille suggested The Real Housewives of Beverly Hills needed a new name before Lisa reacted by reminding her fans and followers that she is still living in Beverly Hills.

“So most of the cast now lives in Encino? They need to change the name of the show to ‘The Real Housewives of the Valley,'” Camille wrote on August 27 in a tweet that quickly went viral.

“Hello….from BH,” Lisa replied, along with a photo of a Beverly Hills sign edited to read “Vanderpump.” 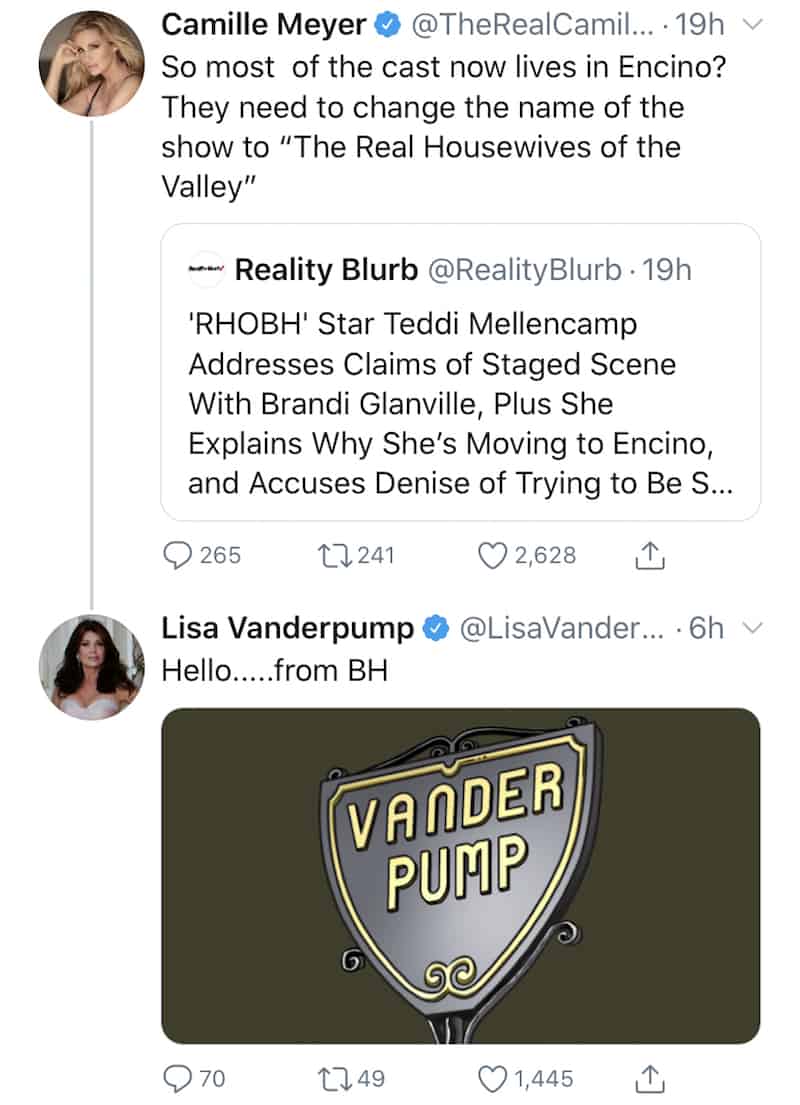 After seeing the post, one of Camille’s followers replied to her message, saying, “Death Valley would be most appropriate…that cast is KILLING the RHOBH show!!!”

Also in response to her post, Camille received messages from people who pointed out that she hasn’t lived in Beverly Hills for years.

“Girl you don’t live in Beverly Hills you never did from the start. Don’t make yourself sound stupid,” one fan alleged after reading Camille’s tweet.

“I have had three homes in BH over the years,” Camille fired back.

RELATED:  Bethenny Frankel Opens Up About Split From Ex-Boyfriend Paul Bernon, Reveals If She’s Open to Returning to RHONY

“Okay. But every house we’ve seen is in Malibu. Thats what I’m going by,” the person explained. “I don’t know the rest of your real estate portfolio. Your comment doesn’t make any sense is all I’m saying. But you do you Camille. I still [love] you.”

At that point, Camille further clarified that when RHOBH began, she lived close to both Lisa and Adrienne Maloof in Beverly Hills.

“Season one LVP explains how she met Adrienne and I. We were neighbors. I lived a block over from LVP and Adrienne. Now who sounds stupid?” she asked. 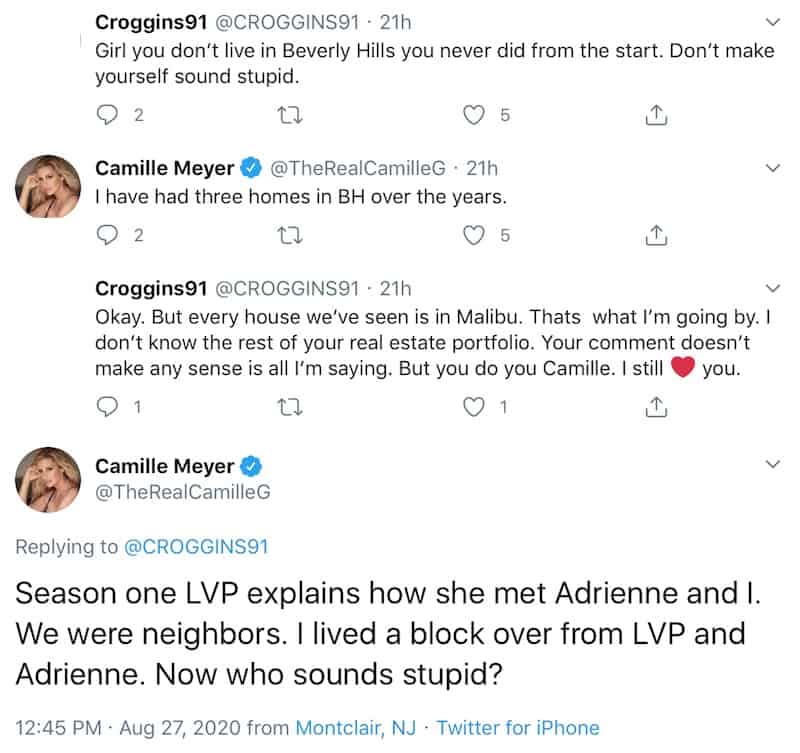