Home Real Housewives of Beverly Hills News Lisa Rinna Dishes on Meeting Scott Disick and Says “It is What It is” About Daughter Amelia’s Boyfriend, Plus RHOBH Star Shares if She Discussed Relationship With Kris Jenner

Lisa Rinna Dishes on Meeting Scott Disick and Says “It is What It is” About Daughter Amelia’s Boyfriend, Plus RHOBH Star Shares if She Discussed Relationship With Kris Jenner

by Lindsay Cronin May 21, 2021 107 comments
ShareTweetWhatsappPinterestRedditTumblrMailFlipboard 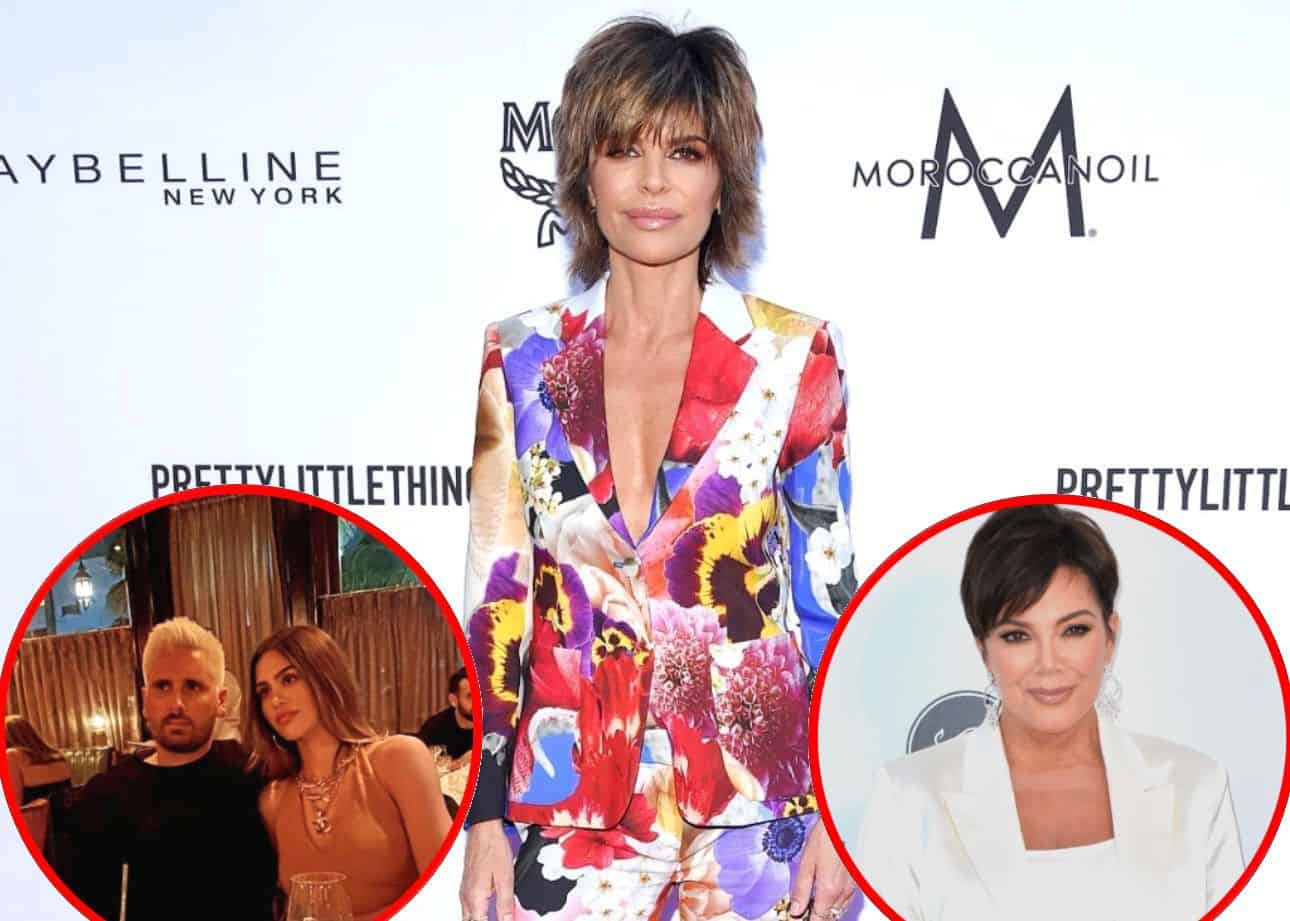 On the heels of the Real Housewives of Beverly Hills season 11 premiere, Lisa was questioned about her thoughts on 37-year-old Scott, her communication with Kris Jenner, and her excitement over Kathy Hilton‘s addition to the cast.

“What was your first reaction when you found out that your daughter was dating Scott Disick?” host Andy Cohen asked during the May 19 episode.

After bursting out in laughter, Lisa said, “Uh, yeah.”

Then, when Andy asked her if she’s spoken to Kris, the mother of Scott’s ex-girlfriend, Kourtney Kardashian, about the relationship, she confirmed, “I have not.”

Although rumors have suggested that Lisa and Harry Hamlin don’t approve of Amelia and Scott’s romance, Lisa described the Keeping Up With the Kardashians star as “very nice” while recalling their initial meeting.

“I just met him… well, very, you know, very similar to what you thought when you met him. He’s more handsome in person and he was very nice. We had a very nice time. He met Harry and there you go. There it is. It is what it is, guys!” she proclaimed.

During other segments of WWHL, Lisa was asked which of her RHOBH castmates struggles to “own it” during season 11 and how she felt about Kathy appearing on the new season in a “friend” role.

As for her thoughts about Kathy, Lisa said that she was thrilled to be joined by Kyle Richards‘ sister during the season and believes viewers will get a kick out of her humorous demeanor.

“I think Kathy Hilton is so fabulous. We’re so lucky to have her and I can’t wait for everyone to see how funny she is,” Lisa stated.