Home Real Housewives of Beverly Hills News REPORT: Lisa Rinna and Husband Harry Hamlin Were “Skeptical” of Scott Disick’s Relationship With Amelia Hamlin and How Kardashians Feel About Them, Plus Is RHOBH Family Really Getting a Show?

REPORT: Lisa Rinna and Husband Harry Hamlin Were “Skeptical” of Scott Disick’s Relationship With Amelia Hamlin and How Kardashians Feel About Them, Plus Is RHOBH Family Really Getting a Show? 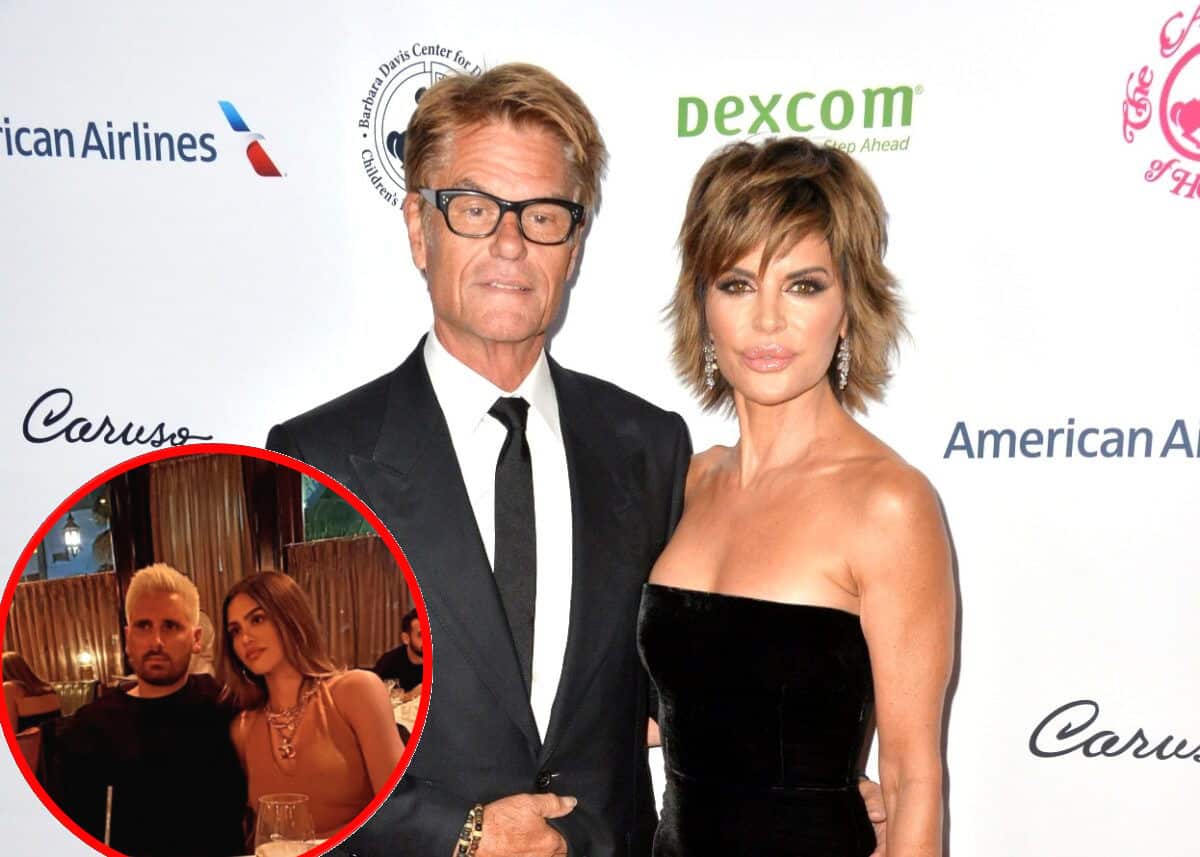 Lisa hasn’t really spoken publicly about her daughter’s relationship with the Keeping Up with the Kardashians star since the two began dating late last year. The pair became Instagram official over the Valentine’s Day weekend and have recently been spotted together multiple times in Miami.

According to a source, Lisa and her husband, Harry Hamlin, didn’t really know how to take their 19-year-old daughter’s relationship at first.

“Her parents were skeptical at first,” the source told Us Weekly. “But seeing their daughter happy makes them feel better about their relationship.”

Amelia has frequently appeared on RHOBH and was brave enough to share her battle with anxiety and reveal she had an eating disorder. However, it’s unlikely that the model will discuss her new relationship on the show.

“It’s not likely that Scott will appear on Real Housewives of Beverly Hills, but never say never,” another source explained.

As for the recent rumor that Lisa’s headline-making family is in talks to replace KUWTK once the final episode airs, a source says there is “no truth” to the rumors. In fact, Lisa herself even joked about the reports on Instagram when she commented, “Really? When do we start?”

Though Lisa and her family might not be taking over for the Kardashians, the world-famous family apparently seems to like Amelia.

“The Kardashian-Jenner family is super supportive of Scott and Amelia’s relationship,” an insider explained in January. “They really like the two of them together and think Amelia is a great influence on Scott. Scott and Amelia are in a really good place. They have a lot of love and respect for each other and it shows.”

It’s unclear if Lisa will discuss Amelia and Scott’s relationship on the show, but she hasn’t been shy about discussing her daughter’s boyfriends in the past. If fans recall, Amelia dated a relative of her mom’s former co-star, Kim Richards, for a while, which Lisa and Kim discussed on the show as the two actresses joked about becoming “family” one day.