Home Real Housewives of Beverly Hills News REPORT: Lisa Rinna May Be Getting Family Reality Show to Replace the Kardashians on E!, Source Claims RHOBH Star May “Pick Up the Torch” as KUWTK Ends 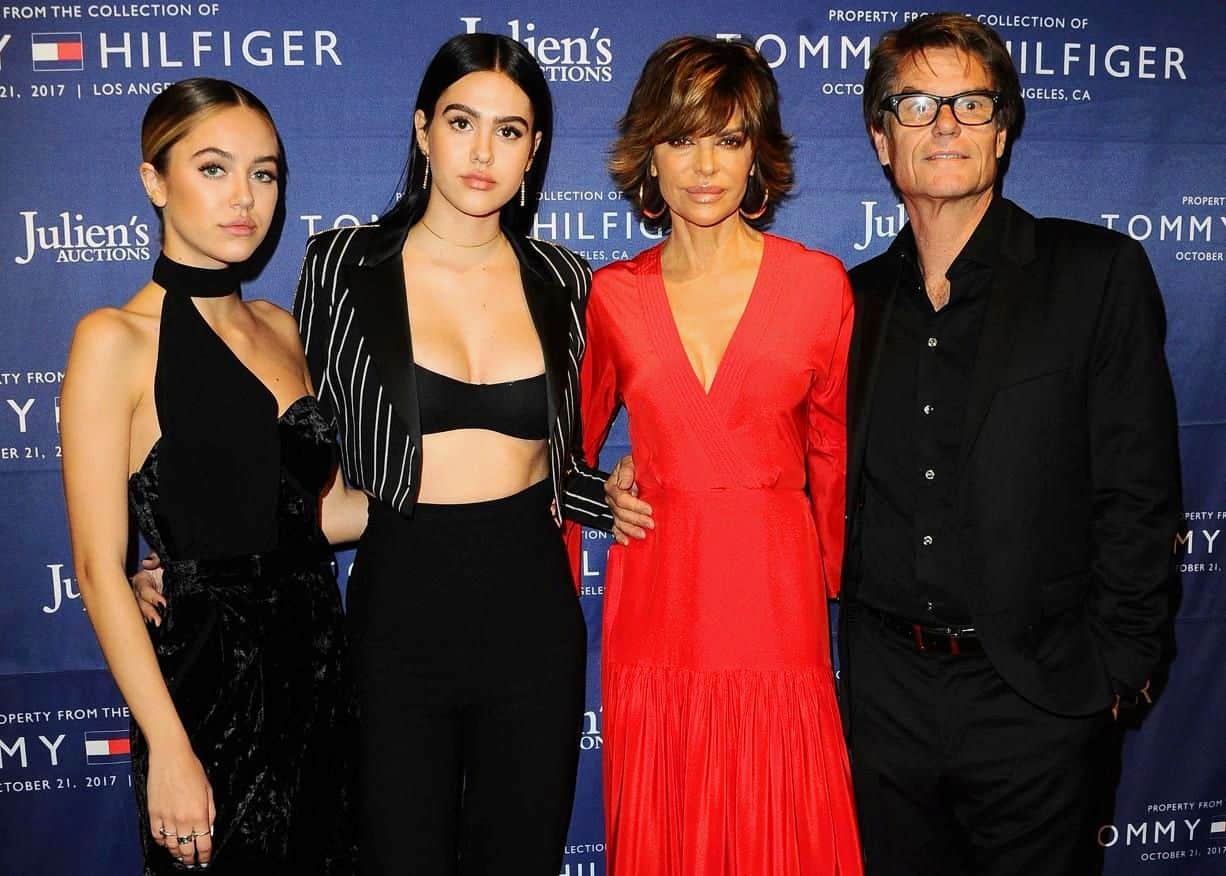 According to a new report, Lisa, 57, and her husband, Harry Hamlin, 69, as well as their two daughters, models Delilah Hamlin, 22, and Amelia Hamlin, 19, are “solid reality TV gold” and could be a safe bet for the network to take on after KUWTK wraps.

“There’s already been talk about Lisa picking up the torch,” an insider told OK! Magazine in their latest issue. “Lisa has a proven track record as one of the most popular cast members on [The Real Housewives of Beverly Hills], and people can’t get enough of Amelia and Delilah these days.”

In recent months, Delilah has been making headlines with her relationship with Love Island star Eyal Booker, 25, and Amelia has been turning heads with her new romance with KUWTK cast member Scott Disick, who is 18 years her senior.

While the end of the KUWTK show is certainly the end of an era, E! Network may be able to recreate the concept with Lisa and Harry’s famous family.

“E! execs are dreading the day the [Kar-Jenners] go off the air, but Lisa’s family could be the answer to their prayers,” the source explained.

Although Lisa is currently starring in a full-time role on the RHOBH, the insider went on to say that she could begin appearing on Bravo’s sister station as early as next fall, which could mean that she would no longer be featured on the ensemble cast of RHOBH.

Rumors claiming Lisa and her family could replace the Kardashians come after years of reports suggesting the Kar-Jenner family’s matriarch, Kris Jenner, could join RHOBH.

The final season of Keeping Up With the Kardashians begins airing on the E! Network on March 18.