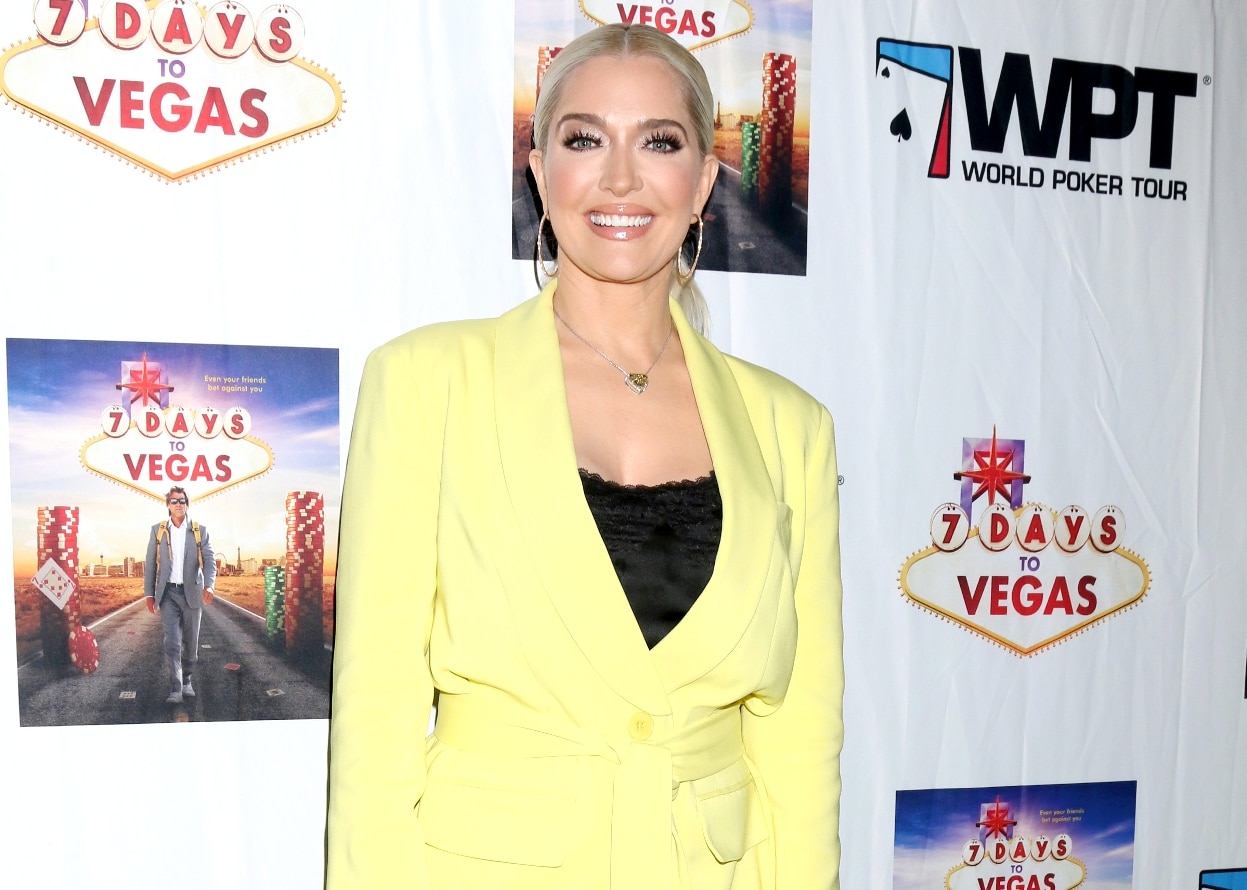 A scene cut from U.S. episodes of The Real Housewives of Beverly Hills has seemingly added fuel to the fire regarding Kyle Richards‘ claim of Erika Jayne‘s publicist supposedly being behind a string of leaked stories about Kathy Hilton‘s meltdown in Aspen.

In a clip from international episodes that was recently shared on TikTok, Erika’s publicist, Jack Ketsoyan, and other members of Erika’s team, including her creative director Mikey Minden and her assistant Laia, are caught listening in on a conversation Lisa Rinna and Dorit Kemsley were having about Kathy’s antics at Erika’s hair extension launch.

“The *live* episode that U.S. viewers saw did *not* include the flashback scene of Erika’s publicist and team watching and reacting to Rinna and Dorit talking about Aspen. It was [included] in next-day [episodes],” the Sarah Galli told her followers on Instagram, along with the telling clip. “It was not a part of the live [episode]. Which is why most U.S.-based content creators didn’t mention it last night/this am. Because those of us who watched live in the U.S. last night had no idea it existed.”

In the clip, after Kyle is seen telling Erika that her sister learned through an investigation that her publicist had supposedly leaked the negative stories about Kathy as Erika demanded to see what evidence she had, viewers were met with a flashback moment from Erika’s hair event.

“I’ve always really cared about Kathy and so the things that she said…” Lisa had begun.

“Listen, I saw Kathy. I’ve never seen her that way. I said this to her, ‘I’ve not been with you enough that I would see something like that but you were not yourself,’” Dorit revealed.

“Good. It needs to,” Laia replied.

Then, as they stood within earshot of the conversation, Jack confirmed, “I’m listening to what’s happening behind me.”

Although Kyle suggested she had incriminating evidence against Erika, Erika reasoned that it wouldn’t have been in his best interest for Jack to leak the stories.

“I know that Nicky and I share a publicist so I don’t think it would be in his best interest to do something like that to his client,” she said on the finale.

Erika then added in a confessional, “How convenient to accuse my publicist of press leaks. You know what? Your sister made an a– out of herself in public and everyone saw it. It’s really disappointing to see Kyle flip this back on me.”

The Real Housewives of Beverly Hills season 12 reunion begins next Wednesday, October 12, at 8/7c on Bravo.