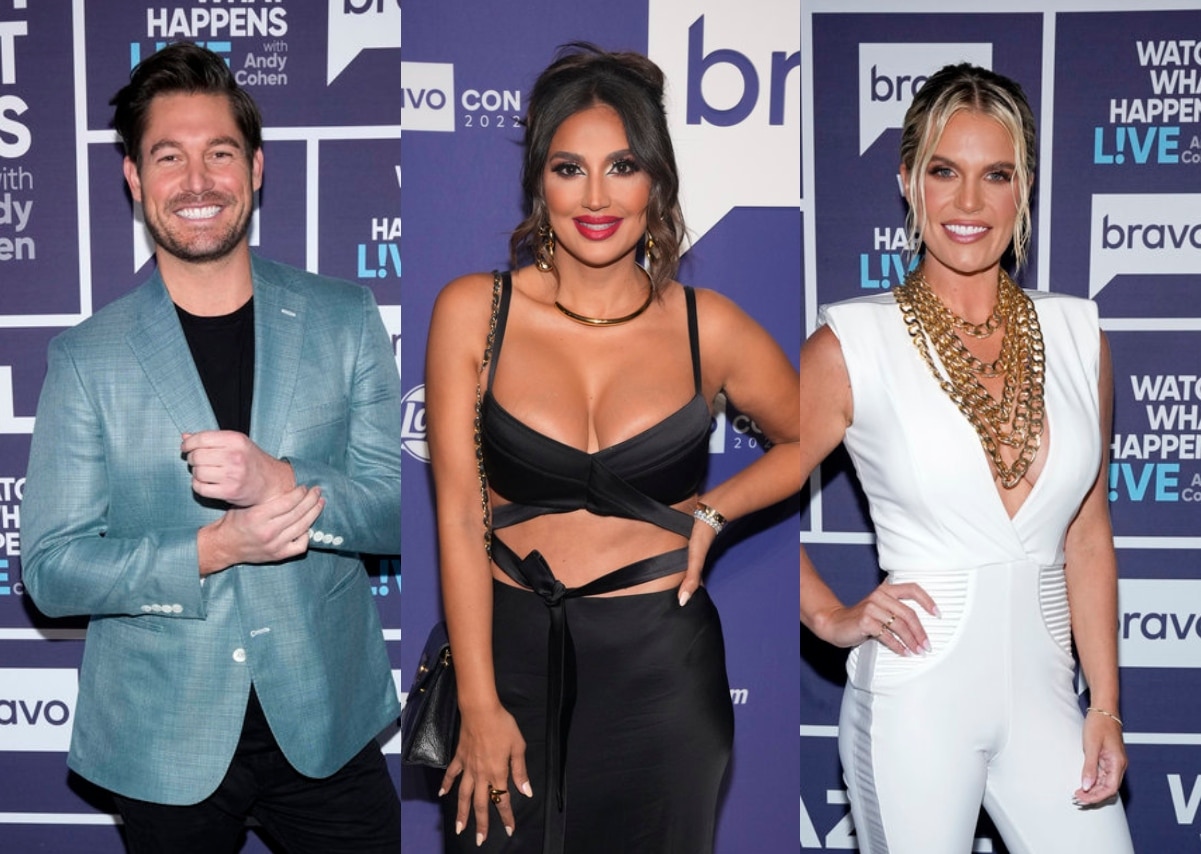 Craig Conover offered updates on where he stands with Leva Bonaparte and Madison LeCroy on Thursday night’s Watch What Happens Live.

In addition to addressing his negative comments about Lindsay Hubbard‘s looks, Austen Kroll‘s antics with Olivia Flowers, and his fireworks drama with Luke Gulbranson on Winter House, Craig revealed his status with his Southern Charm cast mates after season eight.

“Leva and I are on the up and up,” Craig revealed on the November 17 episode of WWHL. “We’re healing.”

He then said on the WWHL: After Show that he and Madison, who appeared to marry Brett Randle earlier this week, are “back to besties” before quickly noting that Austen would “hate” him for saying that about his ex-girlfriend.

“Me and Madison have been friends for a long time,” he continued, adding that if Madison was to invite him to her official wedding on November 19, he would go.

In another moment from the live broadcast, Craig was asked about the moment he told Winter House castmate Jessica Stocker that looking like Lindsay wasn’t a compliment.

“It stinks because me and Lindsay are finally in a good place again, and I had a feeling that something would come out that she [would be] like, ‘Yeah I’m done with you,'” he admitted. “[Plus], I feel like I had an opinion about some of the other drama, too. So I don’t know if that comes out.”

After admitting that “it was definitely” him who complained most “in the beginning” of season two, Craig said that Austen inviting ex-Olivia to Winter House, which features his ex-flame, Ciara Miller, was “unacceptable.”

Then, during a game of “Will! Craig! Apologize!,” Craig admitted that he isn’t regretful about threatening to toss Luke out of a window.

“No. I apologized for calling him first alternate because [Kory’s] best friend was supposed to come to the house, and he bailed five days before, and I was like, ’That was a low blow, Craig,’” he shared.

He also had no regrets about setting off Luke’s fireworks and jeopardizing his boat because, he claimed, “that story never happened.”

“He gave us fireworks,” Craig clarified. “He ended up kicking [Kory’s] best friend out of the house. Nothing happened to his boat, and he apologized to both Austen and me the next day for getting so drunk, so I was pretty sad to hear [that the story had changed].“