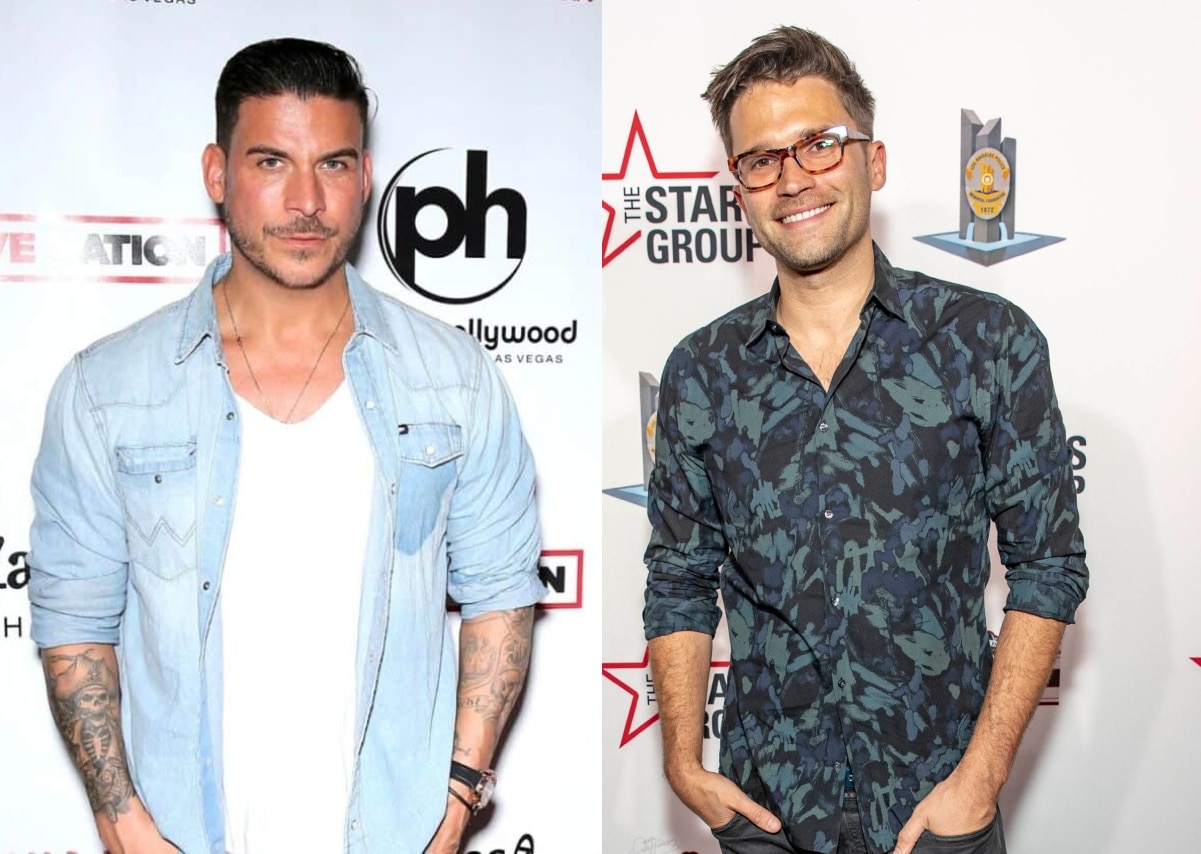 Jax Taylor and Tom Schwartz enjoyed a night out with their fellow reality stars on Sunday night.

In a series of videos shared to the Vanderpump Rules alum’s Instagram Story, including a racy clip shared by former Bachelor contestant Hannah Godwin, he and Tom were seen spending time with the likes of Rachel Lindsay, Blake Moynes, and more at a Lakers game.

In the video originally shared by Hannah, she was seen shaking her booty as she and other ladies, including The Bachelor‘s Abigail Herninger and Love is Blind‘s Natalie Lee, danced in an Amazon Prime sky box. 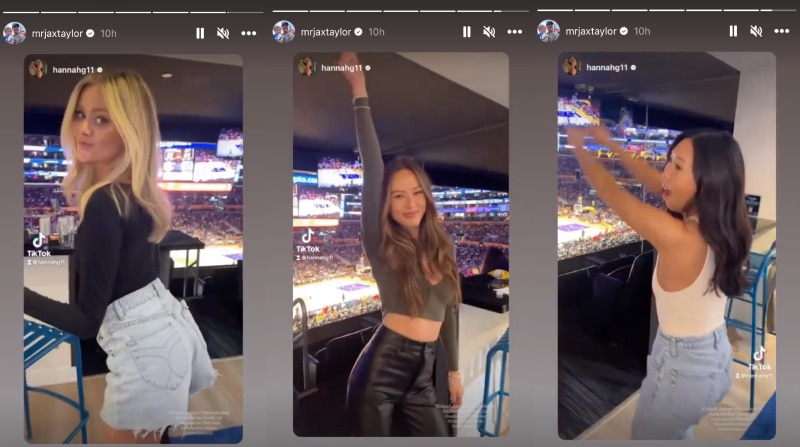 In other posts shared on Jax’s page, he was seen posing alongside Blake and Tom and standing behind Rachel with Tom and another man. 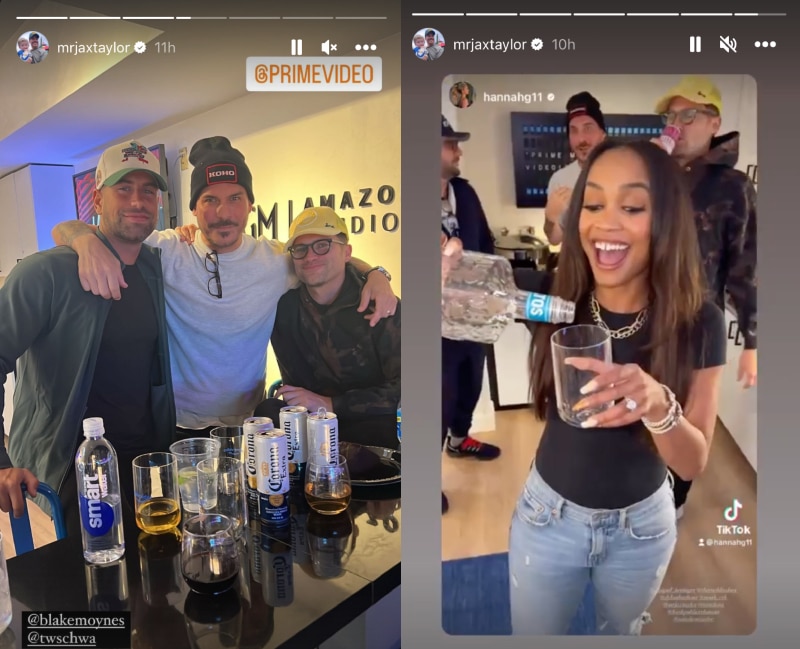 While Jax’s wife, Brittany Cartwright, was not seen at the game, she does appear to be back in Los Angeles after spending some time back home in Kentucky with her family, and their one-year-old son Cruz Michael Cauchi, earlier this month.

As for Tom, he appeared to be at the game solo as well, having split from Katie Maloney earlier this year, and he recently made it clear that, despite the ongoing rumors, he and Raquel Leviss are not an item.

“At this point in my life, dating seems like such an abstraction to me. I’m not even thinking about dating, I’m embracing being single, focusing on my career, and our business,” Tom told E! News last month of Schwartz & Sandy’s, his latest restaurant with Tom Sandoval.

As for what brought the reality stars together, that appears to be their publicist, Lori Krebs, who shared a photograph of the ladies together while attending Sunday’s game in L.A.

“Thank you to our friends [Prime Video] for allowing Lori K & fam to take over your lounge for the [Lakers] game!! What a BLAST,” she wrote on Monday morning.