Home Vanderpump Rules Jax Taylor and Brittany Cartwright Looking to Get a Home in Kentucky After Exit From Vanderpump Rules, Brittany’s Mom Sherri Speaks Out On Their Upcoming Move

Jax Taylor and Brittany Cartwright Looking to Get a Home in Kentucky After Exit From Vanderpump Rules, Brittany’s Mom Sherri Speaks Out On Their Upcoming Move 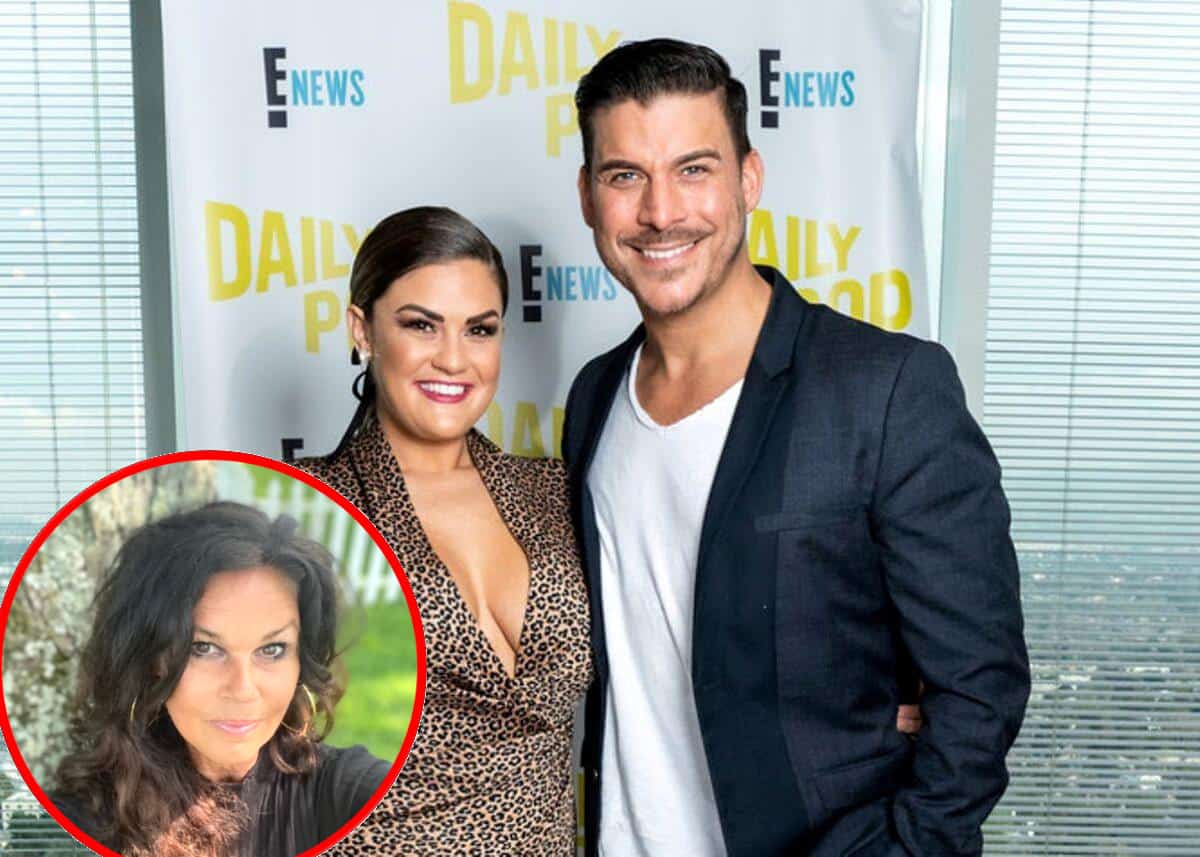 Jax Taylor and Brittany Cartwright are looking to get a new home in Kentucky.

Over a year after the former Vanderpump Rules couple dropped $1.9 million on a modern farmhouse in The Valley of Los Angeles, Brittany’s mom, Sherri Cartwright, confirmed to a fan that they are now looking to get themselves a place closer to her farm as they prepare to welcome their first child.

After chatting with Sherri privately on Instagram, a woman named Erin shared a screenshot of Sherri’s confirmation regarding Jax and Brittany’s upcoming move on Twitter.

“Please tell me Jax and Britt are moving to be closer to you. I’m guessing from Jax’s Instagram Stories that something may be in the works!“ the woman had written.

“They are looking,” Sherri revealed.

“Yaaay so happy for you all!!!” the woman went on.

“Excited I want to be close to my grandson,” Sherri added. 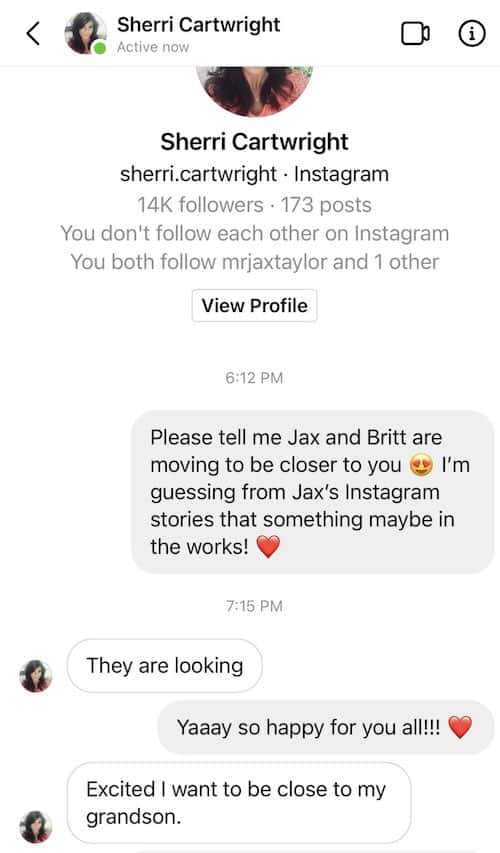 Brittany and Jax confirmed her pregnancy in September and revealed they are expecting a son a short time later.

Although some Pump Rules fans were looking forward to seeing the couple’s journey into parenthood on the upcoming-but-yet-to-be-confirmed ninth season of the show, Jax and Brittany announced they would not be appearing on any future seasons of the show last month.

Following Jax and Brittany’s exit from the series, Jax hinted that the two of them were planning to star in a new show as rumors suggested they were fired for past racist behavior.

He then suggested that he and Brittany walked away from the show because it wasn’t in line with their hopes for their family.

“I just couldn’t see doing this same type of show with a child,” Jax explained on Instagram. “My marriage and my family are more important. I am excited now to be a fan.”

Brittany and Jax’s baby boy is due in April, which is the same month Scheana Shay and Lala Kent are expecting baby girls.