Home Vanderpump Rules Andy Cohen Implies Jax’s “Disconnect” With Costars Led to Exit From Vanderpump Rules, Calls Him “One of the Biggest” Reality Stars and States Remaining Cast is “Solid”

Andy Cohen Implies Jax’s “Disconnect” With Costars Led to Exit From Vanderpump Rules, Calls Him “One of the Biggest” Reality Stars and States Remaining Cast is “Solid” 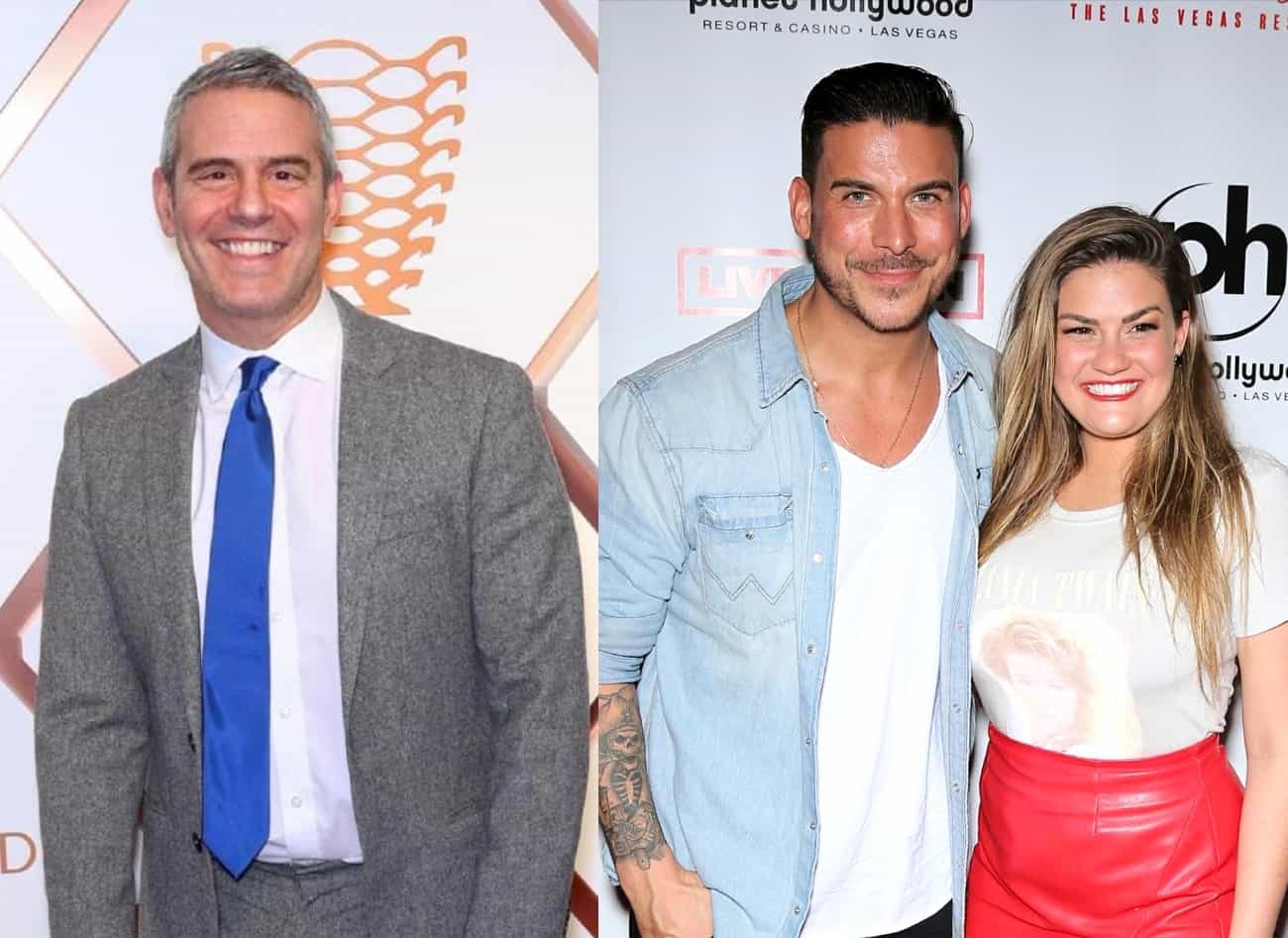 Andy Cohen weighed in on Jax Taylor and Brittany Cartwright‘s exits from Vanderpump Rules during the December 7 episode of his Radio Andy talk show.

Days after Jax and Brittany shared similar statements on their Instagram pages, confirming they would not be included in the potentially upcoming season of the Bravo reality series, Andy labeled Jax as one of the “biggest” reality stars of his time before teasing listeners of a cast “shift” ahead of season nine and shedding some light on why Jax may have been fired.

“Jax and Brittany… I just have to say, I have to give it up to them,” Andy began on SiriusXM’s Andy Cohen Live. “Jax created so much story, drama, conversation in his eight years on that show. Like that’s, that’s an incredibly… He will go down as one of the biggest reality stars in their moment.”

In addition to feeling that Jax was a great cast member on Pump Rules, Andy also appreciated Jax’s appearances on his late-night talk show, Watch What Happens Live.

“Every time he came to Watch What Happens Live, he was always in the middle of some sh*t storm on the show and we just would roast him mercilessly. And he always took it like a man,” Andy admitted. “He was a good sport. He would come [to WWHL] and he would be like, ‘Are you going to… How mean are you going to be to me today?’ And I would be like, ‘It’s bad. Because it’s like, on tonight’s episode, you cheated on your girlfriend and got busted or on tonight’s episode, you said X, Y, and Z. That was, you know, everyone is furious at you.’ So there was always stuff that we were confronting him about and he took it.”

While there have been swirling rumors claiming Pump Rules has been canceled with no plans for any spinoffs, Andy seemed to hint that those reports are not true as he spoke of season nine.

“When that show’s going to start shooting again, I have no idea, but I’m excited. I’m excited for there to be a shift also,” he continued.

As for why Jax may have been let go from the show, Andy said that when he last saw Jax on-screen with his castmates, there appeared to be a “disconnect.”

“It felt like at that last reunion, [Jax] got so mad at me for asking him stuff that had happened on the show. I mean, he was furious and he doesn’t watch the show,” he recalled. “I’m like, ‘I’m confronting you about what you said on the show.’ So that was a bit of a disconnect.”

Around the time that Andy’s latest episode aired, Jax shared a direct message he received from the WWHL host in an Instagram Story.

“Incredible run, dude,” Andy had written. “Amazing show and you were always the best, greatest sport. I have loved having you on WWHL and being on this ride with you.”

“Thanks [Andy] I’ll see ya again soon,” Jax replied along with a purple heart emoji. 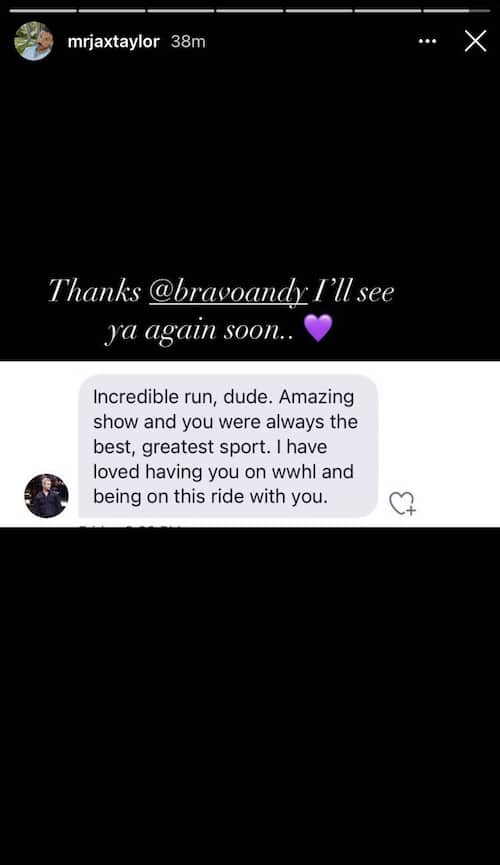