Home Southern Charm REPORT: Kathryn Dennis Has Been Fired From ‘Southern Charm,’ Find Out Why as She Shares Cryptic Post Amid Exit

REPORT: Kathryn Dennis Has Been Fired From ‘Southern Charm,’ Find Out Why as She Shares Cryptic Post Amid Exit 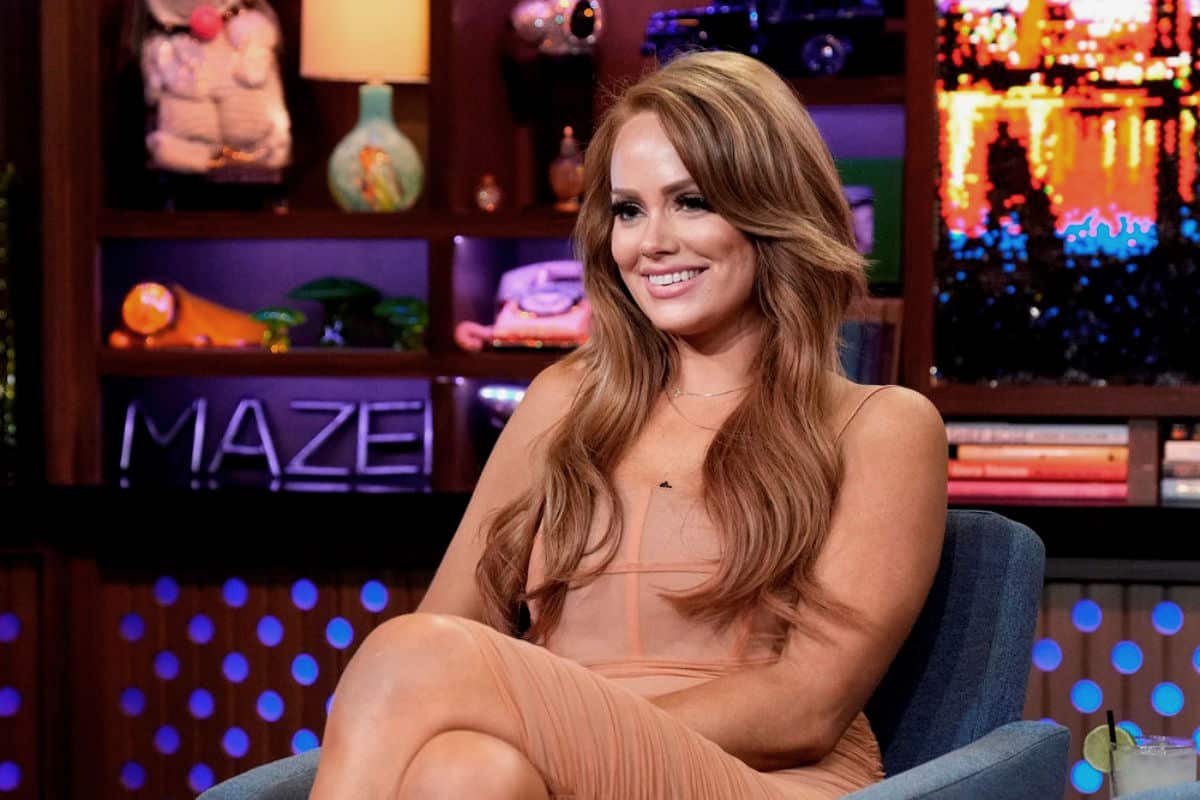 Kathryn Dennis has reportedly been fired from Southern Charm after eight seasons.

Just as the remaining cast members began filming the upcoming ninth season, the Queens of Bravo on Instagram revealed Kathryn was “out.” And hours later, an additional report claimed her “no-shows” and poor treatment of people on set resulted in her not being offered a new contract.

“I know Bravo didn’t offer her a contract, but when you treat people poorly like she has they finally get sick of it,” an insider revealed to The U.S. Sun on January 9. “She doesn’t show up on time or show up at all during filming a lot … She treats people like they are beneath her. She can’t stand anyone doing better or getting more attention than her.”

Kathryn has also been known to throw tantrums on set, the source continued.

“I think that’s why a new producer was brought in; the previous one couldn’t handle it anymore,” the insider explained. “I know she’s had money issues and now I don’t know how she’s going to work, she’s never had a job. I’m worried for her, but maybe this is a wake-up call.”

As Southern Charm fans may have heard, Kathryn faced eviction on three separate occasions in 2022 after failing to pay rent. But in December, after seemingly catching up on back payments, Kathryn scored a court win.

Also in 2022, Kathryn’s Katching Up With Kathryn podcast was reportedly canceled (although some say it stopped airing due to “scheduling issues”) just months after it was launched.

“Kathryn and Amanda wanted the podcast to blow up and become this huge success, but it just didn’t work out like they had planned,” a source told The U. S. Sun last summer. “Amanda moved to Chicago and they could never sync up their schedules – they have both been so busy and could no longer get together at Kathryn’s house.”

“They would love to start it up again as they thought it was a blast to record, but Kathryn also has a lot going on right now. They are definitely still close friends,” the insider added.

In other Kathryn Dennis news, she took to her Instagram Story on Monday night to share a RuPaul quote previously posted by Lisa Rinna, who exited The Real Housewives of Beverly Hills after eight seasons last Thursday.

“Know who you are and deliver it at all times,” the quote read. 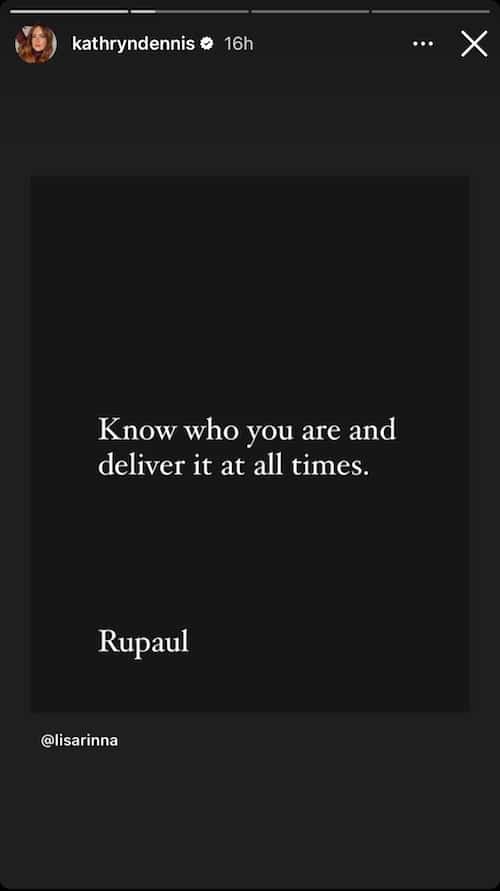