Harry Hamlin Calls Out ‘Unfair’ Andy Cohen For Saying Lisa Rinna’s IG is “Disastrous” as He Defends Her Treatment of Kathy & RHOBH Feuds, Plus He Teases New Show 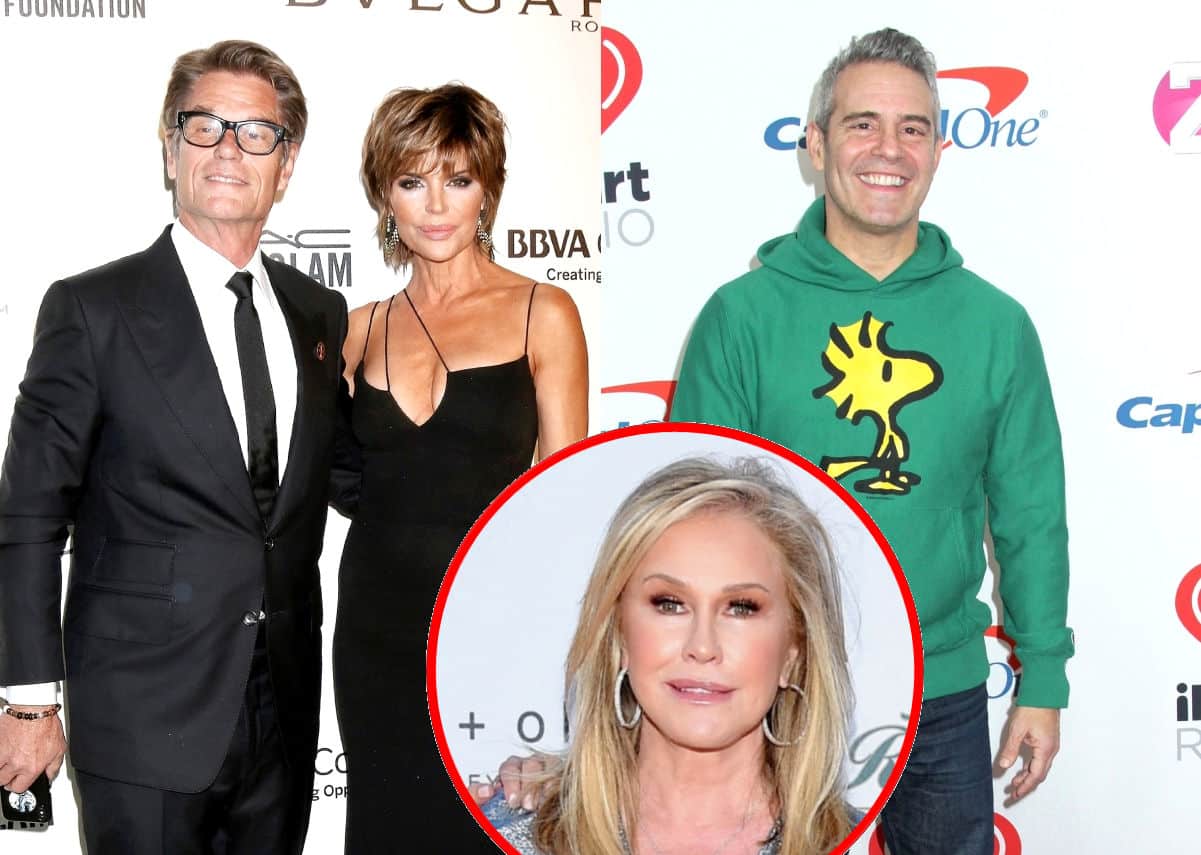 Harry Hamlin appeared on Thursday night’s episode of Watch What Happens Live, where the 71-year-old actor reacted to wife Lisa Rinna‘s exit from The Real Housewives of Beverly Hills, as well as some of her more memorable and infamous moments on the show.

Before defending the social media behavior of Lisa, 59, teasing a new show on a “big network,” and sharing their most romantic moment, Harry expressed relief.

“‘Ahhhh.’ That was it exactly … ‘Ahhhhh,’” Harry said of Lisa’s departure from RHOBH on the January 19 episode of WWHL.

During a game of “Can! You! Defend?,” Harry told Andy he “absolutely’ can defend Lisa for repeatedly mentioning the alleged details of Kathy Hilton‘s meltdown in Aspen, her messy spat with Kim Richards in Amsterdam, and her decision to wait until the reunion to confront Garcelle Beauvais about her supposed lack of a “thank you” for Harry’s sauce. (Harry later clarified that he “never [expected] a thank you from anyone.”)

But when asked about Lisa confronting Yolanda Hadid over claims of Munchausen syndrome, which suggested she may have been faking or exaggerating the symptoms of her Lyme disease, Harry said Lisa “didn’t actually do that.”

“She was given this book and she was asked by another cast member to make mention of this word. But then she took the fall,” Harry noted, possibly signaling to Lisa Vanderpump, who was accused of being the puppetmaster behind numerous feuds prior to her June 2019 exit from the series.

As for Lisa’s social media behavior, Harry admitted he “absolutely” defends that as well, proceeding to call Andy Cohen out for labeling her antics “disastrous.”

“Come on. That’s not fair. It’s not disastrous. She’s fantastic online. Her social media is great. What are you talking about?” he asked.

Harry then teased a new show, saying that he’s been contacted by an unnamed network.

“A big network has asked me to do a cooking show and I’m in the process of putting that together,” he revealed.

Later, on the WWHL: After Show, Harry was asked about his and Lisa’s most romantic moment together.

“We went on a trip to the South Pacific once and we had just the most amazing time just kind of bonding in this amazing environment, so I would say that was probably the most romantic thing we ever did, was Tahiti,” he noted. “We stayed at the [Hotel Bora Bora] … [in] over-the-water bungalows.”

“There’s so many wonderful things that we have done,” Harry, who has been married to Lisa for 25 years, also said.