Home Real Housewives of Potomac News Karen Huger Reveals Who Really Brought Her on RHOP After Charrisse Claims She Did, Plus Live Viewing Thread

Karen Huger Reveals Who Really Brought Her on RHOP After Charrisse Claims She Did, Plus Live Viewing Thread 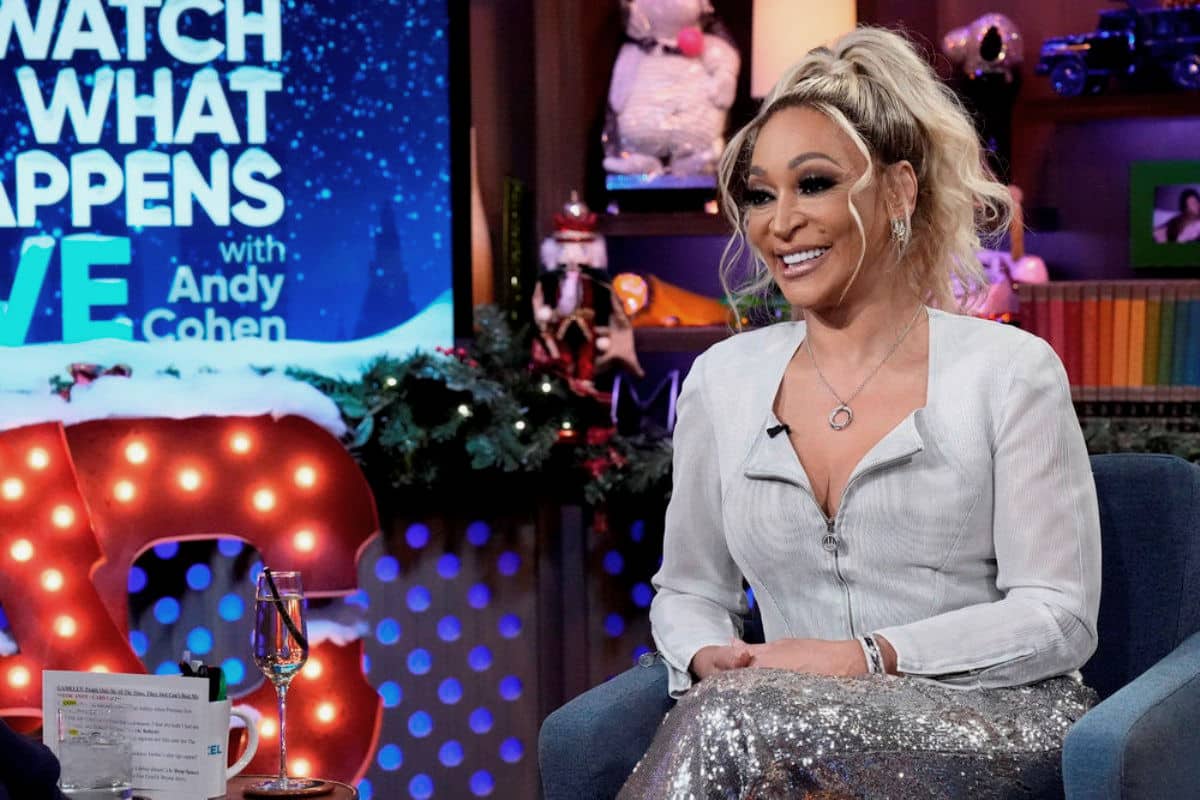 Karen Huger spoke out on her Instagram Story on Monday night after Charrisse Jackson-Jordan claimed on Sunday night’s The Real Housewives of Potomac that she was the one who put the season one cast, which featured Gizelle Bryant, Ashley Darby, Robyn Dixon, and Katie Rost, together.

After Charrisse proclaimed that she was the one who organized the group, noting that Karen wasn’t a part of it at first, Karen took to her social media account, where she re-shared a Twitter post from TV Deets in which the outlet confirmed who actually brought Karen to the show.

“There’s only one person responsible for bringing Karen Huger to [RHOP] … and his name is Paul Wharton,” TV Deets wrote in their post.

And, along with Karen’s post, she confirmed the report, writing, “Thank you [Paul Wharton].” 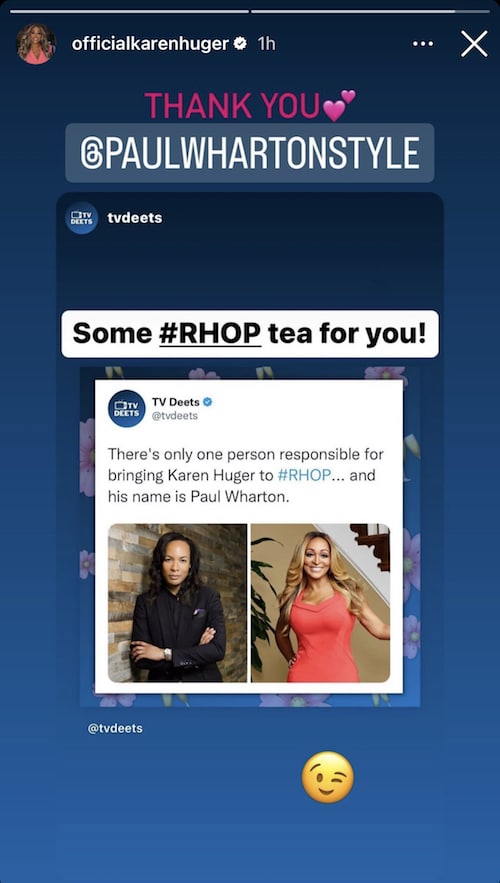 “Karen, I knew you were a star from the time I met you. Thank you for publicly acknowledging my part in making the [Bravo] reality world a better place! … I’m rooting for all of US!” read one message shared.

“And that’s that on that!” said another. 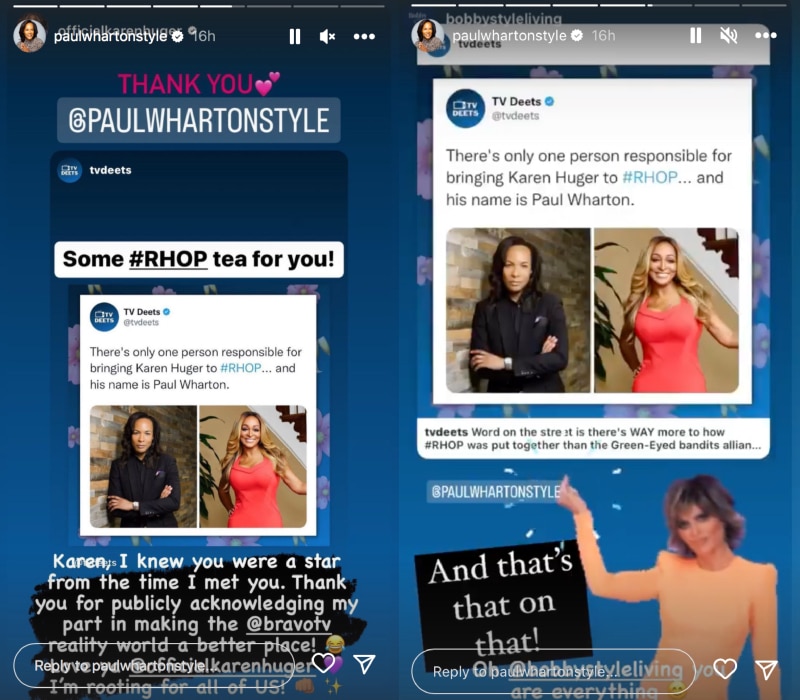 “I haven’t seen this episode, but this right here is true, AND I know and love all of the ladies (except [Wendy Osefo] and [Mia Thornton] only because I don’t know them yet). I go back many years with the other ladies, have known [Charrisse Jackson-Jordan] the longest,” he stated. 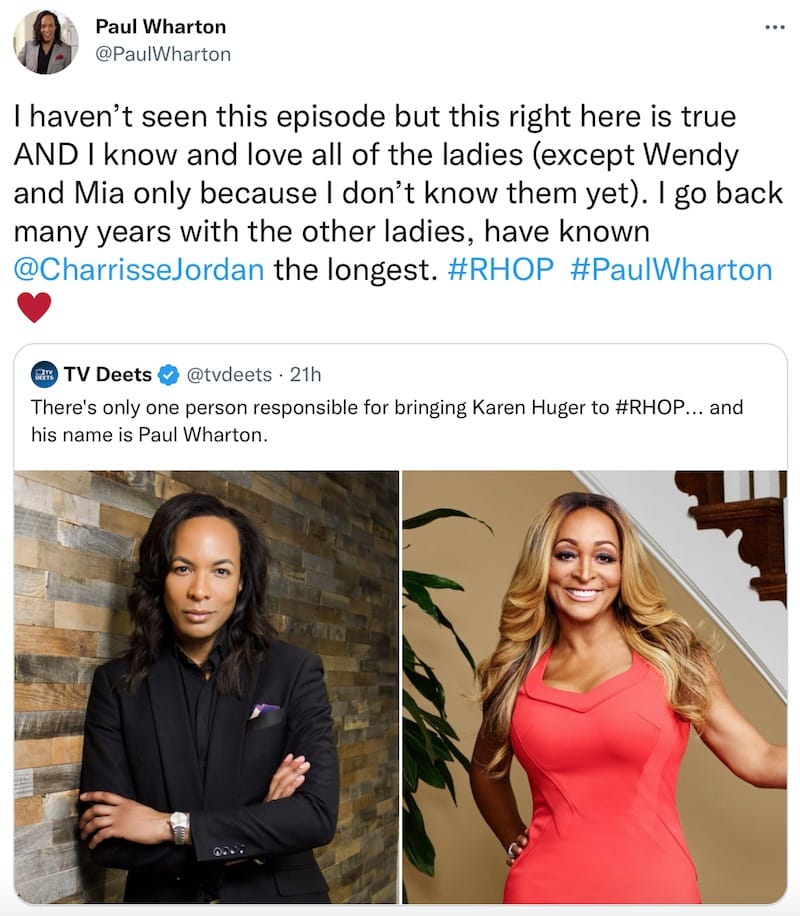 This marks the second time Karen has shut Charrisse down in just days’ time. As RHOP fans may have seen, Karen previously posted a receipt proving she sent more than one sentence to Charrisse after the death of her castmate’s father.

“You be the judge … actual condolence note sent from the Huger family for her loss,” Karen wrote in the caption of a screenshot of a six-sentence message she sent to Charrisse.

RHOP Live Viewing – This is also the live viewing thread for tonight’s new episode of The Real Housewives of Potomac season seven, so feel free to comment below as the new episode airs at 8/7c on Bravo.