RHOP’s Karen Huger Leaks Text Messages From Charrisse Amid Funeral Drama, Reacts to Robyn Accusing Her of Deflecting and Being “Very Crafty” 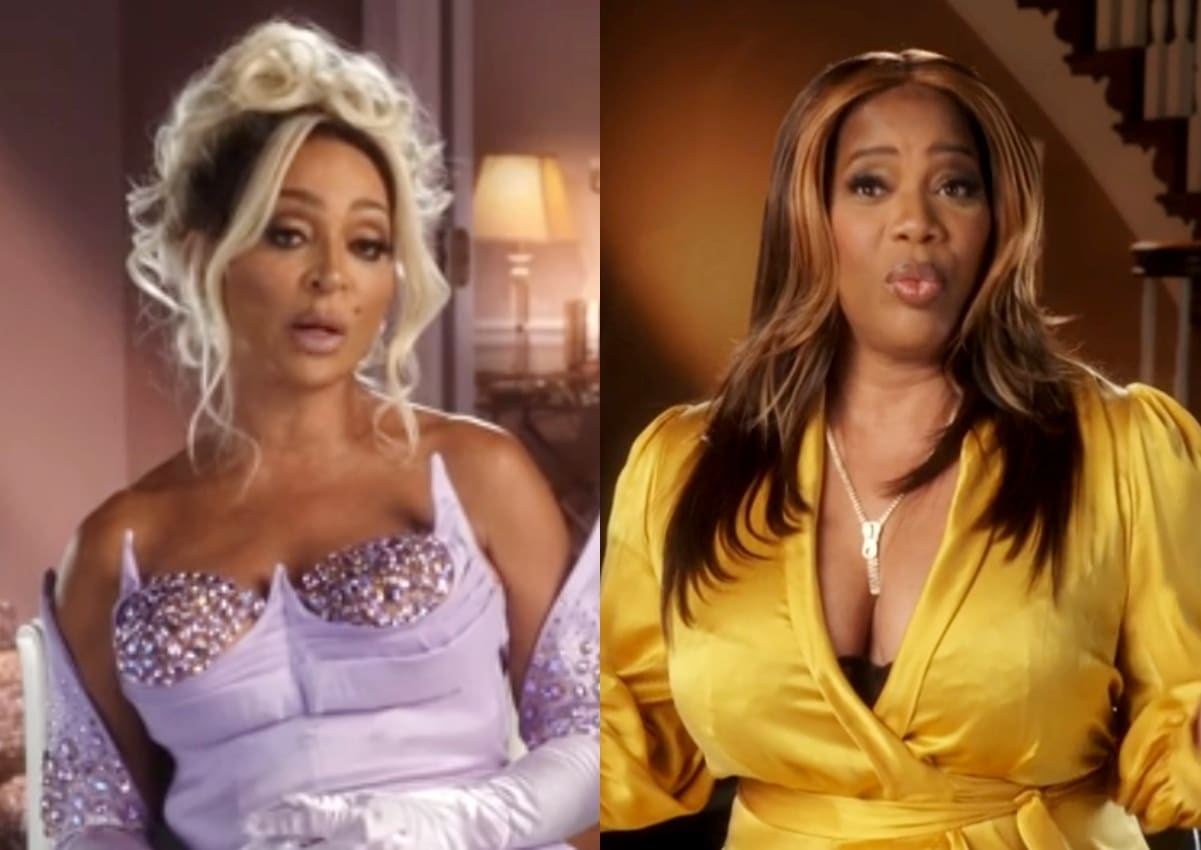 Karen Huger took to Instagram with a major receipt amid her feud with Charrisse Jackson-Jordan on Sunday night’s Real Housewives of Potomac.

After Karen shaded Charrisse as “opportunistic” for showing up to her mom’s funeral and Charrisse clapped back by mentioning her own past losses, claiming Karen sent her a mere sentence after learning of the passing of her father, Karen shared a screenshot of the very lengthy text she sent to Charrisse — as well as Charrisse’s response.

“You be the judge … actual condolence note sent from the Huger family for her loss,” Karen wrote in the caption of an Instagram post on January 15.

In her message to Charrisse, Karen had written, “Charisse, my family and I want to extend our condolences on the passing of your father. Know that God is in charge and he is at rest. If there’s anything I can do please let me know. When time permits, I would like the address where flowers are being received. If there is a charity you would like us to donate in memory of, please advise. Again, both you and your family are in our thoughts and prayers.”

And in response to the message, which included six — not one — sentences, Charrisse replied, “Thank you Karen. Your kindness and thoughtful words mean a lot during this difficult time.” 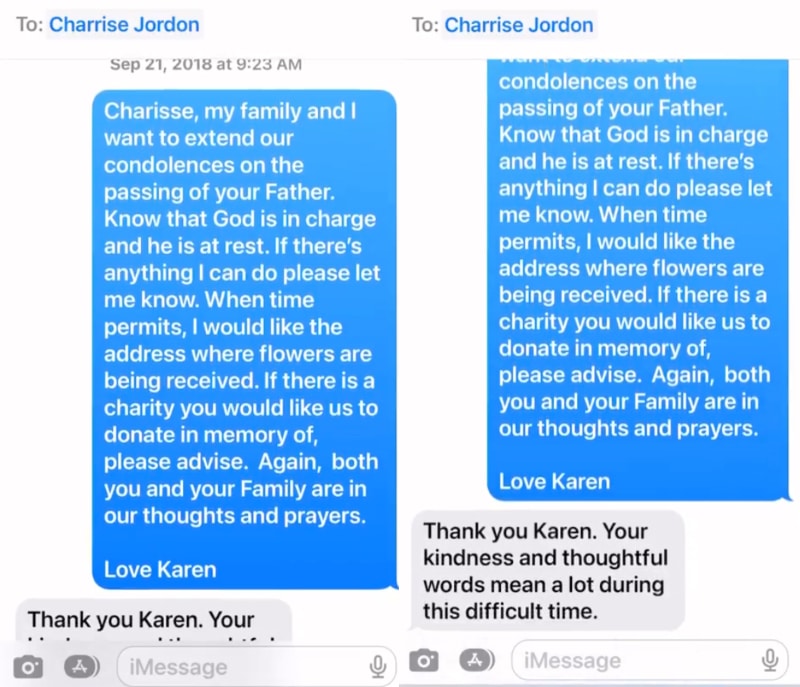 Also on social media, Karen responded to a clip from Sunday night’s episode posted on Twitter, which featured Gizelle Bryant and Robyn Dixon coming after her in defense of Charrisse, who Gizelle named the “queen of Potomac.”

“Just stop. Enough is enough,” Karen demanded, attempting to shut Gizelle down by suggesting there was “nothing else to discuss.”

“You can’t shut down a conversation, Karen,” Gizelle replied as Robyn began to speak.

“In this group, we all are held to the fire for what we say and do but you’re off-limits. Is that what you’re saying?” Robyn asked.

“No, I’m not saying that. I said I’m done. You can continue but I’ve checked out so you’ll be talking to yourself,” Karen responded.

“We’re not done so you can choose not to listen. The behavior last night is extremely contradictory of the person and the woman that Karen tries to present herself to be and to try to flip a sincere gesture of trying to support you in your time of grief,” Robyn declared as Karen told her castmate to “respect” her late mother.

But according to Robyn, she felt that Karen was using her loss to avoid being accountable for her actions toward Charrisse.

“Karen knows how to deflect from the real issues, real conversations, and the shields that she puts up include ‘my husband, my kids, and now, my mother.’ So she’s very crafty,” Robyn stated in a confessional.

And in response to the clip, Karen tweeted, “Please bring the same energy when you are questioned on all things important to you Miss. Dixon.” 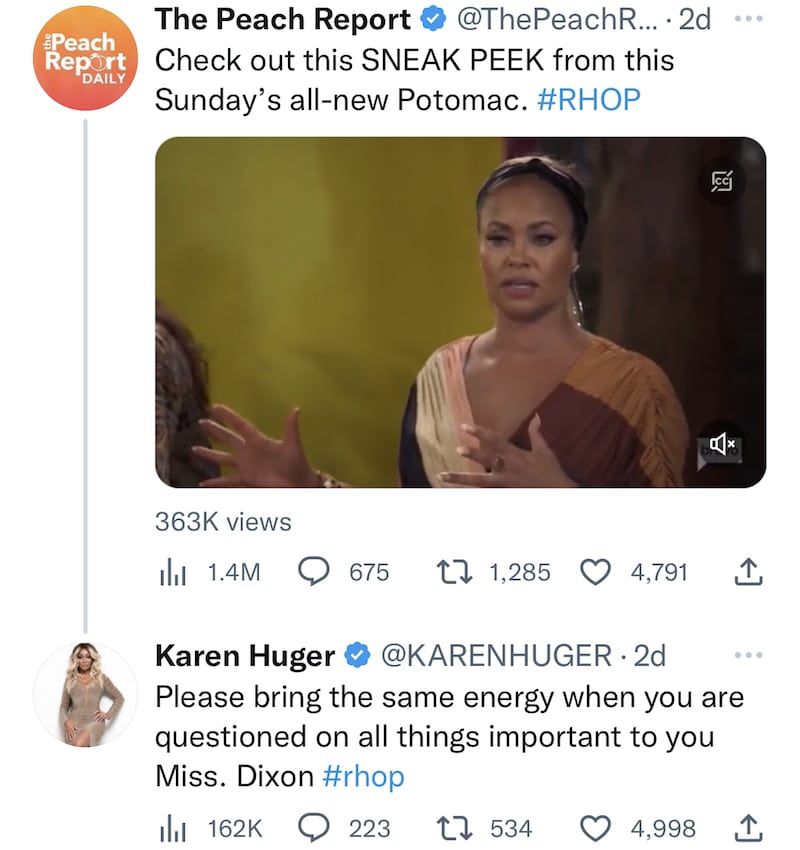