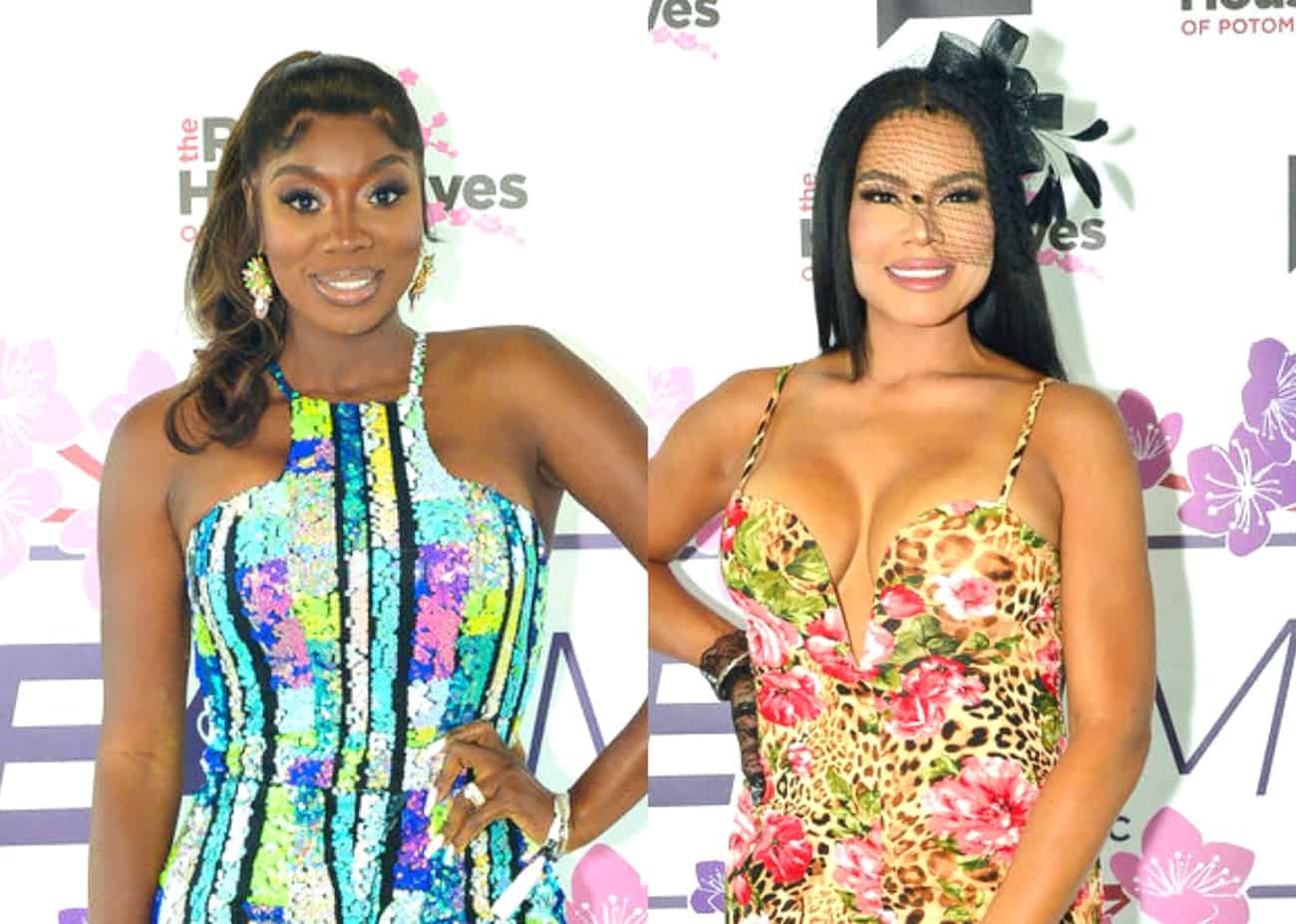 Wendy Osefo and Candiace Dillard-Bassett are speaking out against the apparent double standards of Real Housewives of Potomac viewers.

After Mia Thornton was seen tossing a drink in her face in the just-released trailer for season seven, Wendy took to her Twitter page, where she responded to a fan who suggested that certain audience members tend to make more excuses for the lighter-skinned cast members than those with darker skin.

“They’re already saying Wendy deserved a drink thrown at her. The laps people run to defend these light skin women on this show,” the RHOP fan complained in their tweet on September 6.

And Wendy agreed, giving a nod to the speculation surrounding her own potential drink toss, which was reported earlier this year amid production on a girls’ trip to Miami.

“I vividly remember the outrage when when people falsely assumed I threw a glass. Now, we all see the truth and magically the outrage disappears. How convenient,” Wendy stated, along with a melting-face emoji. 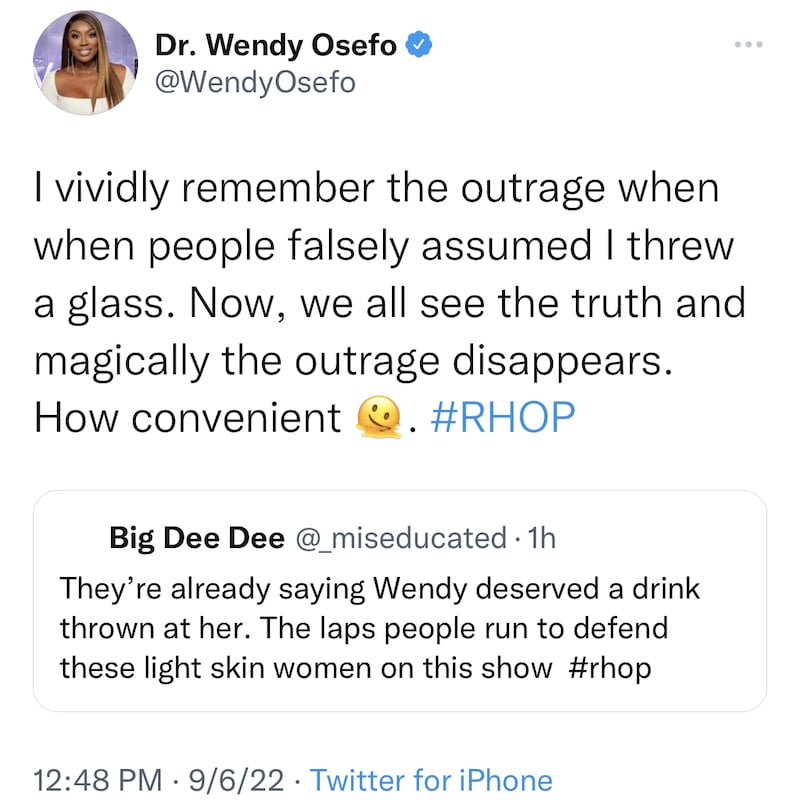 And after seeing Wendy’s tweet, Candiace agreed that it was “convenient” how the outrage over a drink toss had disappeared once fans learned Wendy wasn’t the aggressor in her spat with Mia, but rather on the receiving end of the throw.

“How convenient,” she replied. 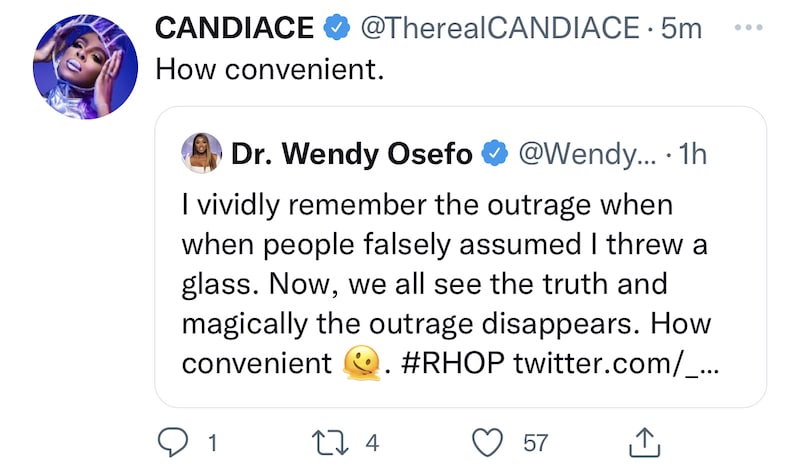 Candiace also ranted against unfair standards for certain members of the RHOP cast in a tweet of her own, accusing viewers of the Bravo show of defending “deplorable behaviors” of some stars of the show.

“I’m also excited to see what (brown paper bag) acrobatics are used to defend certain deplorable behaviors by certain sects of the viewership,” she wrote.

Back in May, rumors first began swirling in regard to an “explosive fight” between Wendy and Mia, with claims of “a fight with glasses being thrown.” And while it was initially believed that Candiace was involved in the spat with Mia, it was later confirmed that she wasn’t even in Miami at the time of Wendy and Mia’s encounter.

“Candiace wasn’t in Miami yet. The explosive fight was between Wendy and Mia. Peter Thomas was also present during filming,” an insider told Queens of Bravo on Instagram at the time.

As RHOP fans have heard, Peter filmed scenes for season seven earlier this year, and after being spotted with the cast on a number of different occasions, he was romantically linked to Gizelle Bryant.