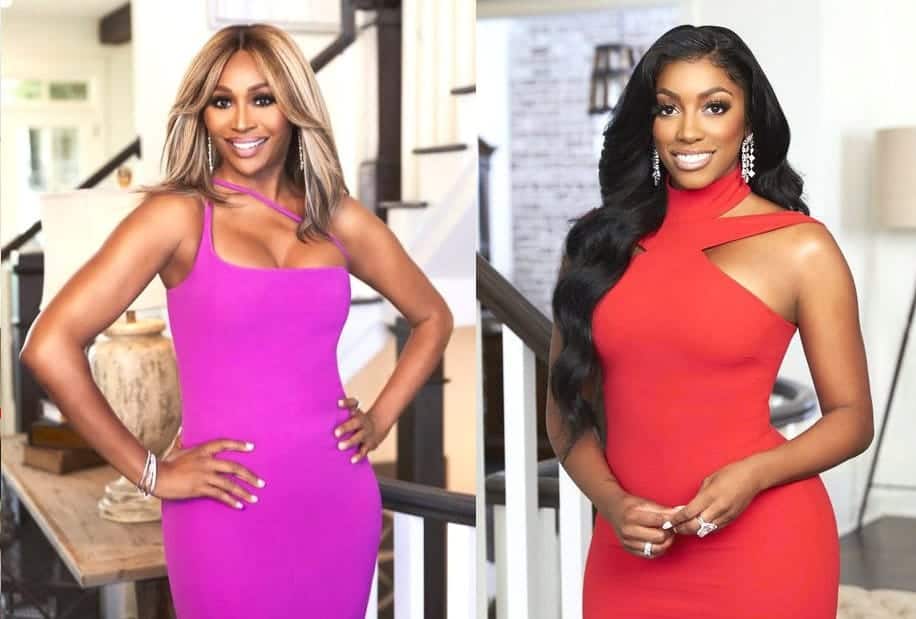 The usually reserved and neutral Cynthia Bailey is speaking her mind today and she has some choice words for her Real Housewives of Atlanta castmate Kim Zolciak!

In a new interview, Cynthia reveals that it’s time for Kim to  keep her daughter Brielle Biermann in line and tell her to stop getting involved in drama involving the RHOA ladies!

“I don’t care how old your kid is — the right thing is for them to just not be involved, to not get involved in that way when it comes to another cast member,” said Cynthia to Too Fab. “But if we want the kids to be off limits, then the parents of those kids have to also make sure that their kids aren’t coming for any of us because then all bets are off.”

Cynthia’s comments stem from Brielle recently getting into beefs with both Kenya Moore and Nene Leakes. First Brielle, 20, called Kenya ‘evil and ugly’ a few months ago. And then just recently she got into it with Nene when Nene discovered that Brielle secretly taped a bug crawling on her guest bathroom floor and sent that footage to others claiming it was a roach. Nene didn’t take too kindly to that and viciously slammed Brielle back in October.

“No one wants to get into it with any of our kids, but if your kid is coming for us every time we turn around on social media, then it becomes a thing where, can you take care of the situation?” continued Cynthia.

“I am very, very vocal about having kids be off limits, and where it ended up going just got so dark and crazy,” she added. “I never think it’s good when the drama and shade has the potential to go to court.”

Cynthia is referring to the fact that Nene called Kim and Brielle racist following Roach-Gate, and in return Kim threatened to sue Nene. Cynthia also promises that the entire Roach-Gate fiasco will play out on the show later this season! Lucky us.

In other RHOA news, Porsha Williams is coming to the defense of her former BFF Phaedra Parks!

Pretty shocking since the two had a major falling out on the last RHOA reunion. Porsha ultimately cut Phaedra off after discovering that Phaedra made up false claims about one of their castmates wanting to drug and sexually assault her.

Well Phaedra will be surprised to hear Porsha defending her and it all has to do with the recent drama involving actor Shemar Moore. Last week Shemar took to social media to deny he was dating Phaedra, after she strongly implied they were a couple. Apparently Porsha doesn’t believe Shemar had the right to clear up the rumors!

“Why did he have to bring up Phaedra? She didn’t say she was dating him!” said Porsha during a recent taping of her Dish Nation show.

“Yeah but who goes online to say you’re not dating a beautiful woman. I mean she’s beautiful. She’s got jobs. She’s got money,” continued Porsha. “But most men, they lie on their pen*s, but who goes to denounce it?”

Umm Porsha, how about someone with a career and a reputation to protect. Not everyone wants to be associated with a person who makes false claims about an attempted rape. The video of Porsha making her comments is below.

TELL US – DO YOU AGREE WITH CYNTHIA AND PORSHA?