Is NeNe Leakes Threatening To Quit RHOA Over Kim Zolciak? Plus VIDEO Preview of New Episode! 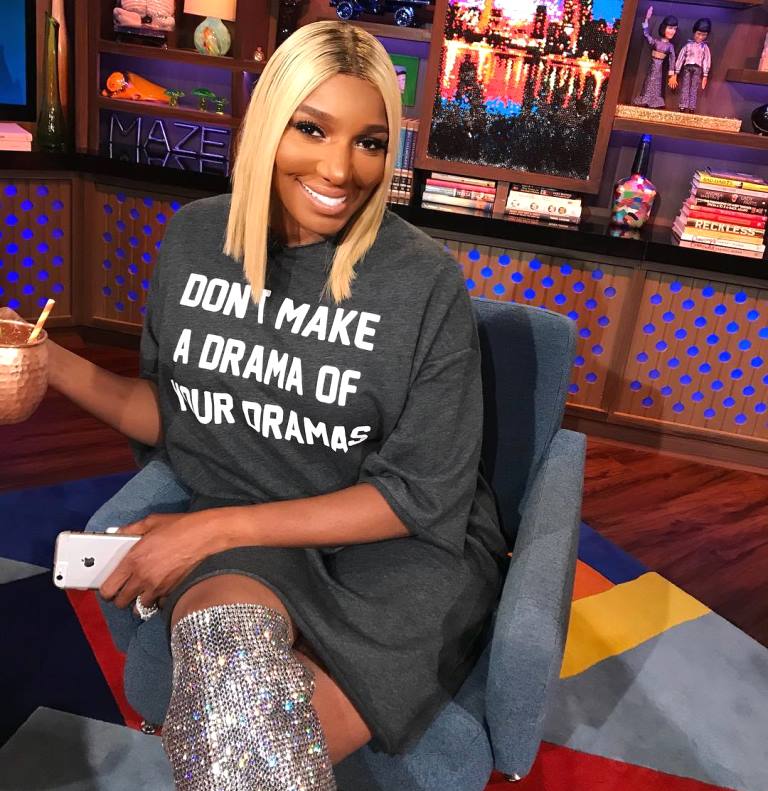 Is Nene Leakes already threatening to quit the Real Housewives of Atlanta?

According to a new report, that answer is yes! And it all has to do with her castmate and former friend Kim Zolciak.

In Touch Weekly is reporting that Nene “has told producers that she won’t appear on the show next season if Kim [Zolciak-biermann] is involved,” according to a show insider. The reason? Apparently the recent feud between the ladies has pushed Nene, 50, to her breaking point.

“Nene’s feud with Kim has totally drained her,” says the source. “She’s done playing games and has made it clear she won’t stay on if Kim is there, too.”

If you recall, the latest feud between the ladies took place last month after Kim’s daughter Brielle Biermann, 20, posted a Snapchat video of herself in Nene’s home posing next to a bug on the guest bathroom floor. This led to Nene going off on both mother and daughter, even calling them both racist. Kim, 39, then hired a high powered attorney and threatened to sue Nene for the racist claims.

While an insider close to Nene denies she issued Bravo an ultimatum, sources tell In Touch the show’s producers aren’t happy.

“It’s a tricky situation for them as they don’t want to lose either talent,” states the show source. “They want to keep both stars on the show.”

Nene however remains adamant in wanting Kim gone. “She thinks she is the bigger star and is more committed to the show than Kim,” adds the source who notes that Kim only returned as a part-time housewife this season. “Nene thinks it’s only fair that producers reward her loyalty. She wants Kim out!”

It will be interesting to see how this all plays out though something tells me Kim is unlikely to want to return after this season as most of the ladies simply don’t like her, plus she still has her Don’t Be Tardy spin-off to fall back on.

Moving on to the all new episode of RHOA set to air tonight on Bravo at 8/7c.

In the preview clip below, it’s Kim vs Kenya Moore as the cast attends Nene’s all white party. Things take a turn for the ugly when Marlo Hampton decides to bring up Kenya’s husband and Kim states “he don’t exist” right in front of Kenya! Well let’s just say Kenya doesn’t take too well to this and dishes it right back to Kim.

TELL US – WHAT DO YOU THINK OF NENE’S ULTIMATUM? AND THOUGHTS ON TONIGHT’S EPISODE?