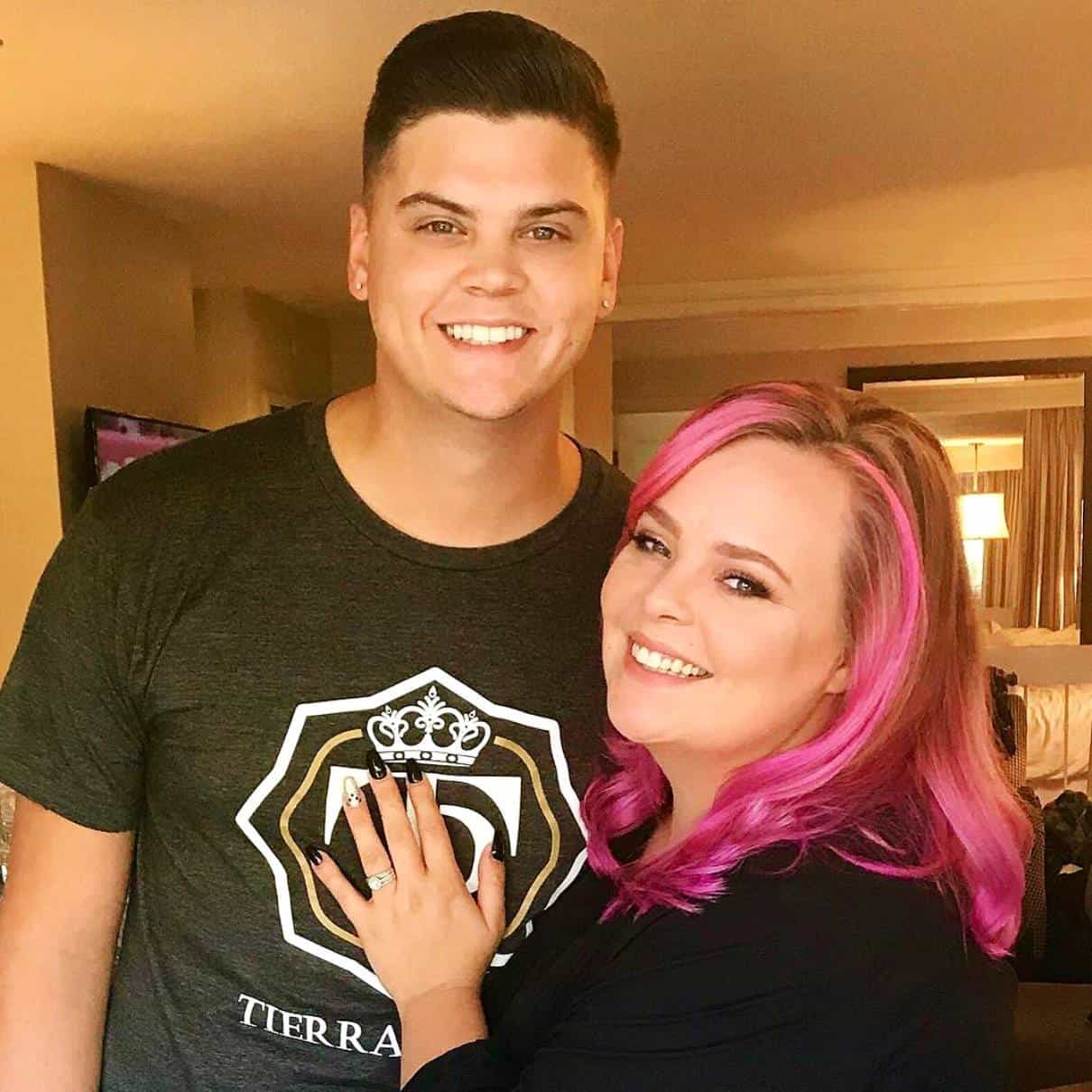 Catelynn Lowell and Tyler Baltierra will be seen in the midst of marital issues on Monday night’s episode of Teen Mom OG.

In a sneak peek at the upcoming episode, Catelynn breaks down about her mental health issues during a conversation with her husband and informs him that she wouldn’t blame him if he decided to end their marriage.

“It’s super hard for me to tell you this thing so keep an open mind,” she told Tyler. “I started having really bad anxiety in the mornings. I guess I’ve just been hiding it. I just feel like I’m letting people down for some reason. I feel guilty for having anxiety.”

While Tyler assured his wife that she was “not letting nobody down,” Catelynn continued on about her issues, explaining that her medications haven’t been working. She also said she had to force herself to do everyday things, such as showering and putting on makeup.

Tyler then suspected he was responsible for her hardships.

“It has nothing to do with you Tyler,” she said. “It’s my inner child s**t. It’s me being a f***ing 12-year-old and my dad leaving or me being 8 and my mom drinking all the time and not being there. It’s my own s**t coming out. You are awesome, you’re supportive.”

Because of her ongoing mental health struggles, Catelynn felt it was best to return to rehab and informed her husband of her decision.

“I wouldn’t blame Tyler if you want to just divorce me,” she cried.

Catelynn first entered treatment in November 17 after announcing her struggles with suicidal thoughts on Twitter. Months later, fans learned on Teen Mom OG that Catelynn’s devastating thoughts were the result of a miscarriage.

Following a weeks long stint in an Arizona rehab center, Catelynn returned home to her family in Michigan but later checked back into treatment.

“She’s doing a lot better. She’s really stepping her game up,” Tyler’s friend River Ceballos told Radar Online on their podcast earlier this week. “I think therapy and rehab really helped her. She realizes how much stuff she really did put Tyler through. She has taken on his role. Things have definitely switched. I’m interested to see what he does with his free time now that the reigns have loosened.”

As for Tyler, he sparked rumors of a potentially impending split from Catelynn earlier this week on Twitter when he admitted to feeling “empty” and “alone” with her at his side.

Laying in bed next to my peacefully sleeping wife. I can hear my daughter snoozing away through the monitor in her room. My dog is cuddled up on the floor next to me…& yet I feel so empty…so alone #TheCruelIronyOfLife

Days later, after facing claims of a possible stint in rehab, Tyler returned to Twitter and confirmed he would not be entering treatment.

I am not going to a rehab. I had a therapy appointment yesterday, I do Alpha Stim sessions & looking into EMDR therapy as well. Also, looking into a 7 day holistic spiritual retreat to reconnect with myself. Everyone has been really sweet about this & I appreciate it ✌????❤️???????? https://t.co/SGhJ7CBrU9