Ryan Edwards has just gotten called out for cheating by his ex-girlfriend, Shelby Woods.

As the Teen Mom OG star faces reports of potential drug use following a controversial arrest last month, Shelby has sparked major rumors on Twitter and around the web by sharing the tweet below on her private account. 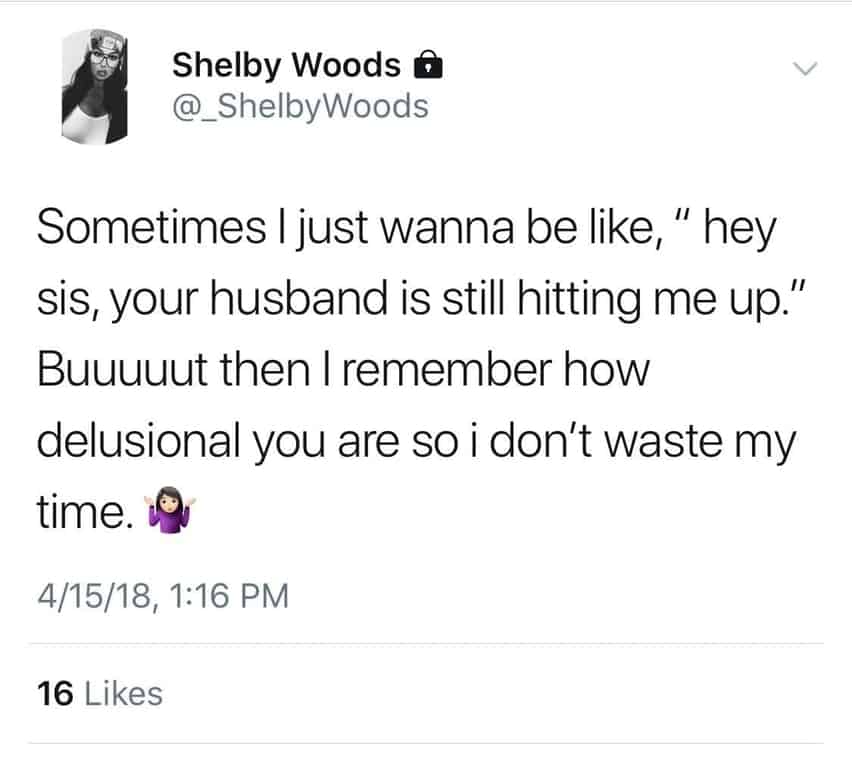 As Teen Mom OG fans may recall, Ryan began dating Shelby in 2014 after splitting from former girlfriend Dalis Connell, who was frequently seen alongside him on the show.

While Shelby didn’t say a thing in regard to who the Twitter post was in reference to and certainly has a number of ex-boyfriends, many believed the tweet was about Ryan and the shoe seems to fit. After all, he is married and his wife, Mackenzie Standifer, has long been labeled as delusional by viewers of the show.

In addition to marrying Ryan after he nearly nodded off while driving them to their wedding, Mackenzie allowed herself to conceive his second child shortly after his 2017 stint in rehab — and his 2017 heroin arrest.

During an episode of the show earlier this month, Mackenzie was seen happily sharing her baby news as her husband informed her that he would like to separate for the nine months of her pregnancy. Ryan then oddly told his wife to call him when the child turned three.

Just a short time ago, an insider spoke out, revealing that Standifer seems to be in denial about Ryan’s addiction.

“Mackenzie is in complete abject denial about Ryan’s drug addiction and issues surrounding how very, very serious it truly is,” a source explained. “Mackenzie only wants to focus on having his baby and seems to be hoping that this will help him to be inspired to live a clean and sober life.”

“Ryan denies the seriousness of the drug addiction, like any addict will do, and Mackenzie chooses to believe him,” the source added.