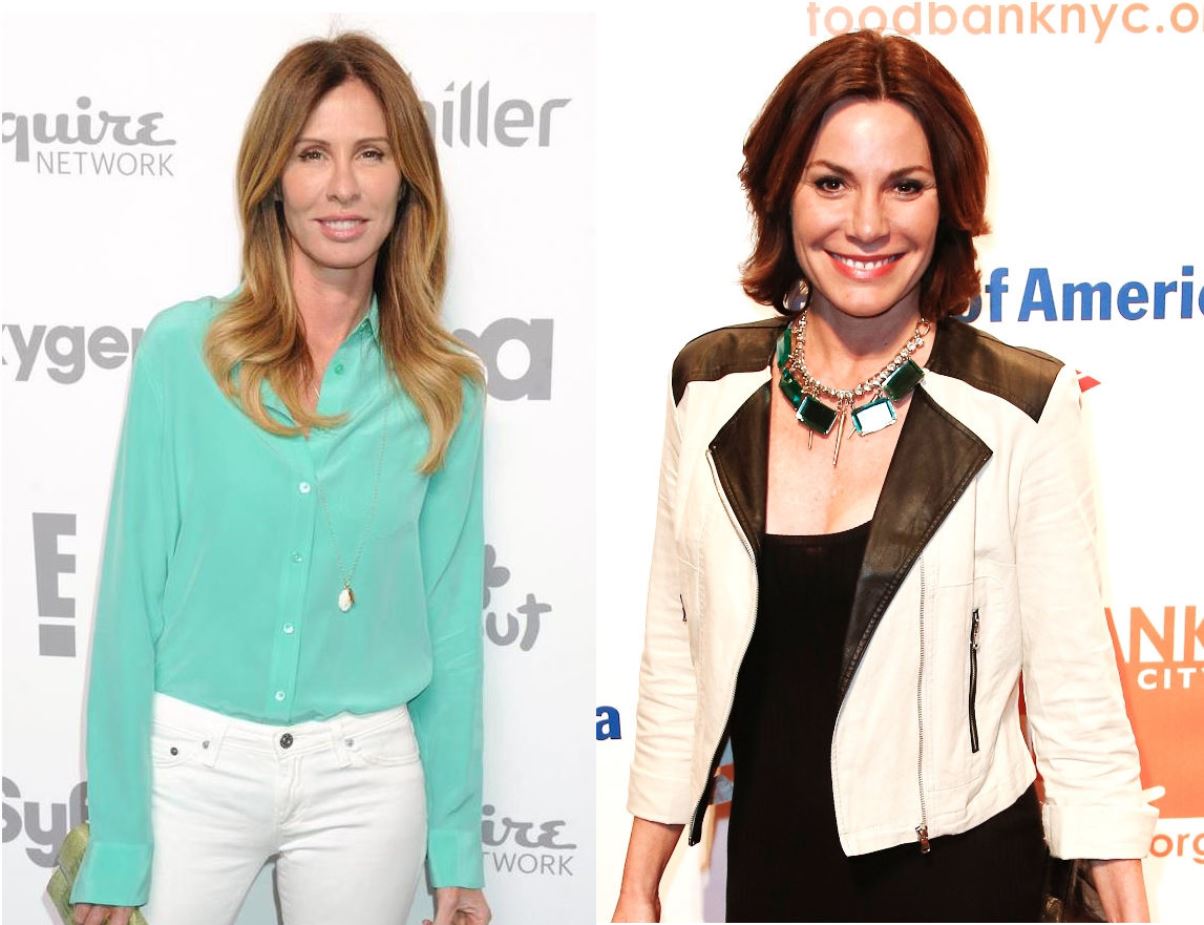 In her latest Bravo blog, Carole Radziwill took aim at LuAnn, labeling her a “completely un-self aware, condescending b–ch in countess clothes” for her behavior at a lunch date during last week’s episode.

Carole wrote, “I really don’t want to get all up in Luann’s afro, because we now know what we didn’t back then—that exactly two months after she walked into that party in blackface, she landed herself in rehab. This is a life-changing experience for her—a virtually Countess Re-boot. But what we are witnessing now (in episode 2) is the version of Luann we have all come to tolerate and expect—the completely un-self aware, condescending bitch in countess clothes. I really don’t want to poke fun at her when she says the dumbest things known to man, but then again this is Housewives, so I guess I must.”

“Let me say not only am I a titled princess by marriage to my late husband, but I am also the Queen of Authenticcisccisms. Yup, I am Royalty of Realness, Aristocracy of Authenticity, and I believe a queen trumps a countess,” continued Carole.

Throughout the previous week’s episode, LuAnn’s co-stars wondered why she wasn’t opening up about her highly-publicized split from Tom, especially considering their relationship was such a hot topic on recent seasons of the show. Then, last Monday, LuAnn was forced to speak of Tom as Tinsley Mortimer opened up to her about her own relationship, and pointed out that she had no problem throwing the relationship on her and her co-stars before it came to an end.

As her blog continued, Carole said she was completely shocked as she watched LuAnn attempt to discredit both herself and her co-star, Tinsley, by describing her own accomplishments, which include three singles, to Sonja Morgan.

“Speaking of a lady who is also not really a lady, the lunch between Sonja and Luann made me laugh so hard I peed my royal britches. Swear. I re-wound it five times to see if I could find any hint of self-awareness in Lu’s eyes when describing her accomplishments in her effort to discredit and put Tinsley and I down. Nope, nothing…which made me laugh even harder. So I will match The Countessesseessss’ three dance tunes and her Pandora station and raise her three EMMYs, a NYTimes bestseller, and a newly minted NYC marathon medal,” she said.

As for LuAnn’s Bravo blog, she spoke of her divorce from Tom, explaining that while most relationships are easy at the start, much like a marathon, her marriage wasn’t that way. Instead, she and her now-ex-husband struggled from beginning to end with their differing views of marriage.

“I disagree with Tinsley and Carole (#meangirls), who say that since I shared my happiness with everyone, I am also required to spill my heart out about what happened. It’s my business, not theirs. I’m entitled to work through this situation however I choose, and the girls should be happy that I’ve decided to be optimistic!” she wrote.

TELL US – THOUGHTS ON THESE LATEST RHONY FEUDS? TEAM CAROLE? TEAM LUANN? OR TEAM NO ONE?!