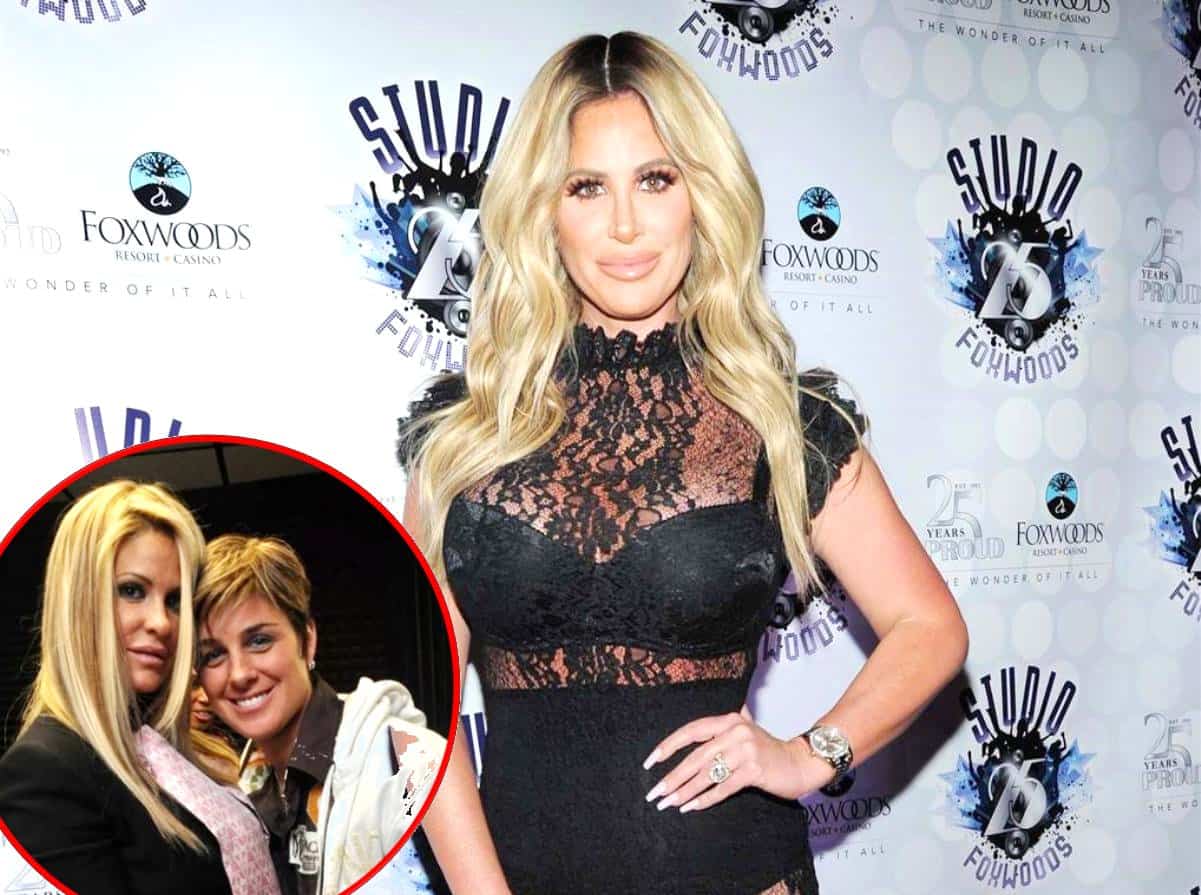 Kim Zolciak was accused of racism during the Real Housewives of Atlanta after taking aim at NeNe Leakes‘ alleged roach-infested home.

Although Kim has denied the shocking claims against her, she’s continued to face backlash ever since the episode aired and earlier this week, she was targeted with even more outlandish claims from her former girlfriend, DJ Tracy Young.

On Monday, the DJ took to Twitter, where she blasted Kim as a “liar” and suggested she was “homophobic.”

DJ Tracy’s comments came on the heels of Sunday night’s episode of The Real Housewives of Atlanta reunion, which featured Kim suggesting that Kandi Burruss wanted to hook up with her. As viewers saw, the conversation began after Kim and DJ Tracy were accused of keeping her daughters outside of their hotel room while they were “laid up in bed” during a vacation in the Bahamas.

Sunday’s episode also featured Kim speaking to Andy Cohen about her feelings on racism after castmate Nene accused her of just that.

“This whole racism thing, in this day and age, is bullsh*t,” she alleged. “Everyone of those motherf*ckers on that couch owe this world a f*cking apology for this racism shit. Nobody really bought into it because the social media wasn’t there, and racism wasn’t all that real.”

Right away, viewers began flooding Twitter with their thoughts.

Kim said no other white woman wants to sit with 5 African American women & that they played the racism card this season & in the past but there was no social Media & racism wasn’t real…huh? #rhoa

She said the racism claims are bs, but turns around and tells them to put themselves in her shoes as "five African-American women" were going in on her. #RHOA #RHOAReunion pic.twitter.com/m3EO6o7kNM

Some Twitter users even called for Kim’s spinoff series, Don’t Be Tardy, to be canceled and wondered if she has any fans remaining.

#RHOA
Bravo need to cancel tardy for the party pic.twitter.com/ohai7EonBR

Us trying to figure out who is watching Tardy for the Party #RHOA pic.twitter.com/KSAqF0uMop

Kim announced earlier this month that she will “never” return to The Real Housewives of Atlanta.

TELL US – DO YOU THINK KIM DESERVES THE BACKLASH? DO YOU THINK SHE’S RACIST? IGNORANT? OR SAID NOTHING WRONG?