by Lindsay Cronin May 22, 2018 94 comments
ShareTweetWhatsappPinterestRedditTumblrMailFlipboard 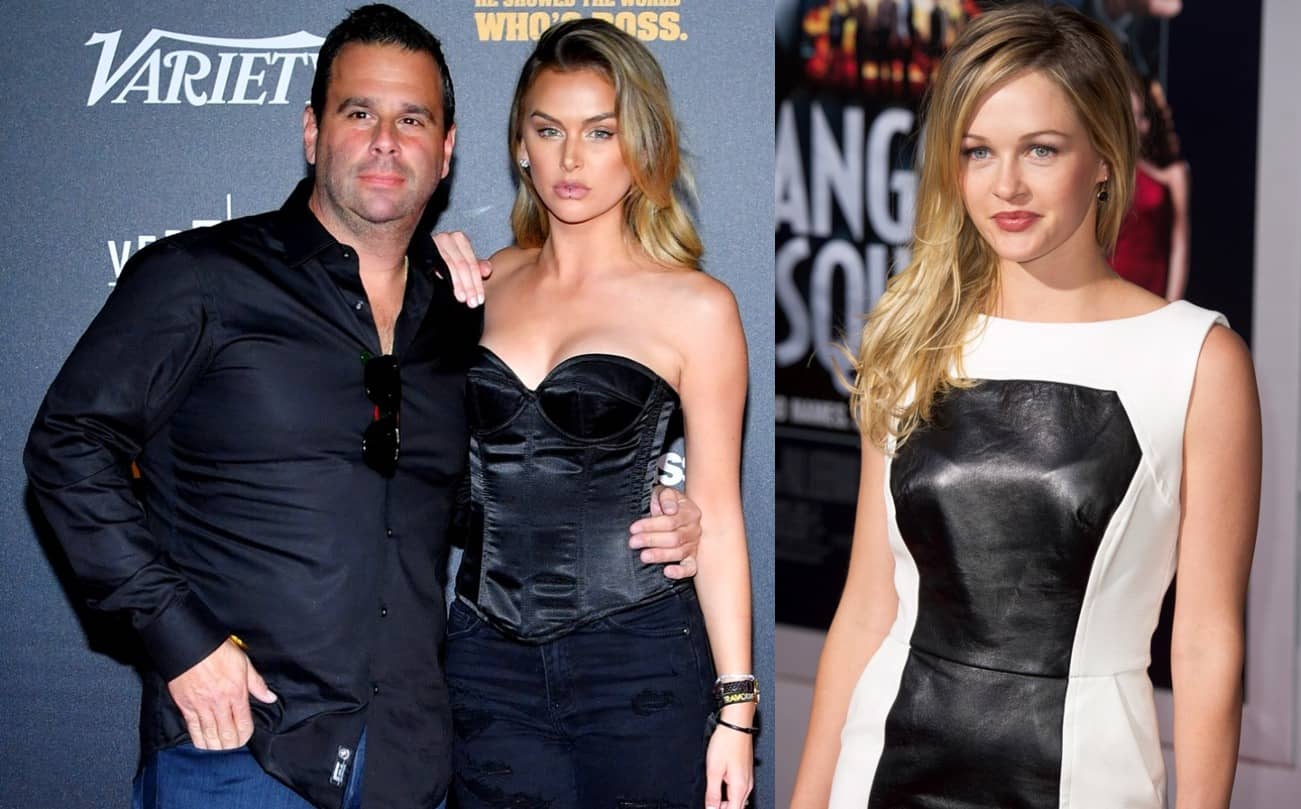 In a shocking post and delete on Instagram, the Vanderpump Rules star labeled actress Ambyr Childers, the mother of Randall’s two daughters, as “basic and boring” and taunted her with a display of diamond rings.

“When his baby mama wants to be a somebody but is basic and boring as they come she doesn’t even get invited on a press tour,” Lala wrote in the caption. “Honey watch me rock the rocks.” 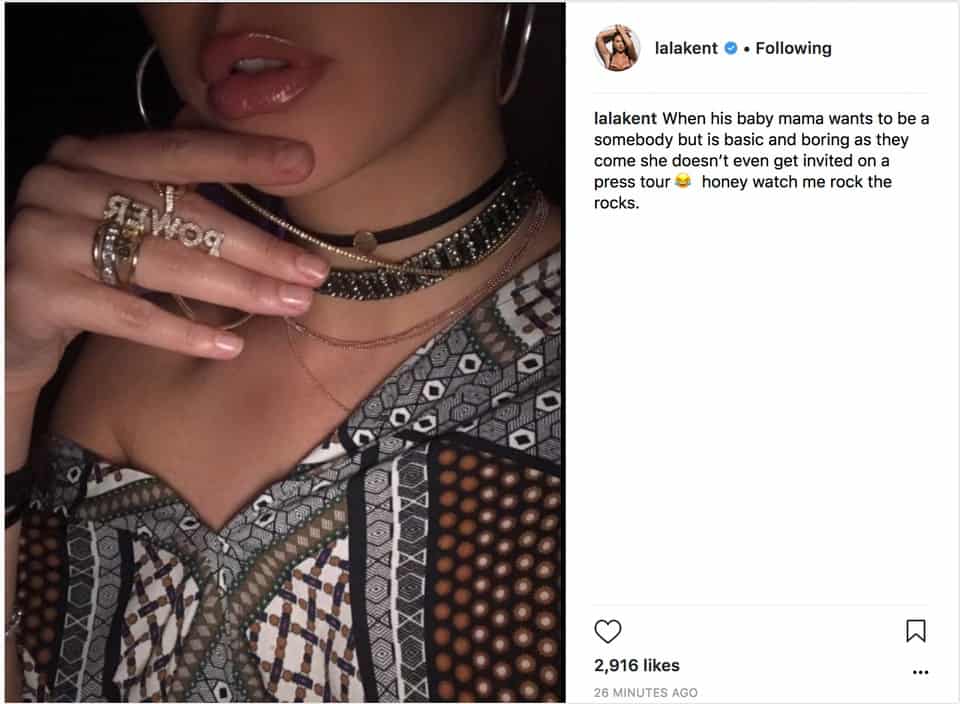 Lala, 27, deleted the post about Amber, 29, soon after it was shared, but not before the diss garnered nearly 3,000 likes.

The press tour her post is referencing is her recent trip to the Cannes with her beau Randall, 47. A photo of Lala mingling with A-list celebrities at the Cannes Film Festival on May 15 is below.

“She deleted it….. so immature!” another said. “There is nothing boring about being a good Mom!”

And just moments before we published this article, Lala took to her Instagram to claim she was ‘hacked.’ Well, she didn’t use that exact word, but she is insinuating that as she revealed that her phone was stolen over the weekend.

“Thank God for this iPad. I just got home this morning. Finally have communication. My phone was stolen on Saturday and my whole life was on there. This is a true nightmare,” Lala claimed in her Instagram Stories posted on May 22. 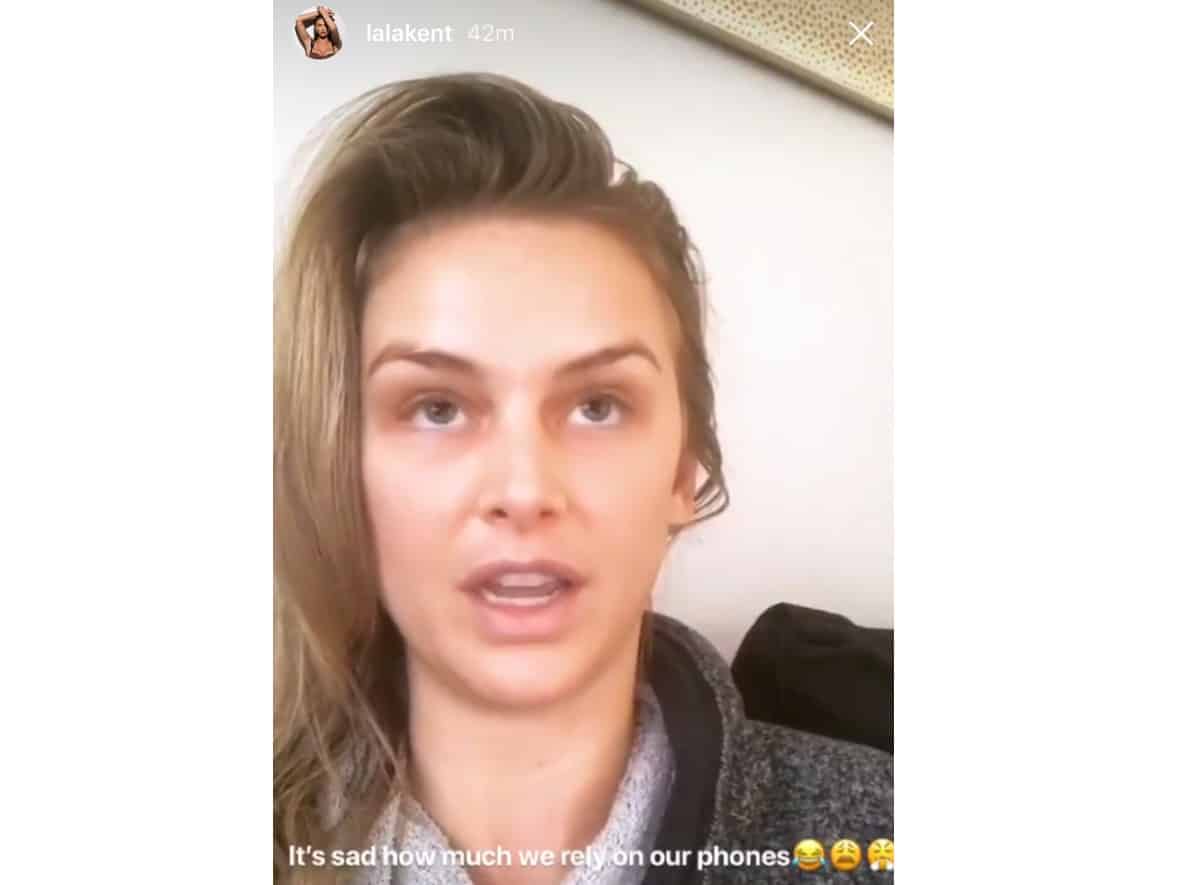 Lala shared an Instagram story claiming her phone was stolen

Randall and Ambyr were married from 2009 until 2017, when their divorce was finalized. However, as Lala revealed during the Vanderpump Rules reunion earlier this month, she and Randall have been dating since early 2016.

“Well, when I met Rand, he had a legal separation, so I don’t see how I did anything wrong,” Lala explained.

Ambyr even labeled Lala as “the mistress” in her post.

After Ambyr exposed Lala’s text messages, Lala took to Twitter where she seemingly explained her decision to attack Ambyr via texts.

TELL US – DID LALA GO TOO FAR? OR DO YOU BELIEVE SHE WAS TRULLY HACKED?