Home Real Housewives of Atlanta News Andy Cohen Backtracks On Kim Zolciak ‘Gang Up’ Comment & Says She’s ‘Not a Victim,’ Plus NeNe Leakes Responds to Kim’s Claims That She Tried to Kick Her at RHOA Reunion!

Andy Cohen Backtracks On Kim Zolciak ‘Gang Up’ Comment & Says She’s ‘Not a Victim,’ Plus NeNe Leakes Responds to Kim’s Claims That She Tried to Kick Her at RHOA Reunion!

by Lindsay Cronin May 25, 2018 12 comments
ShareTweetWhatsappPinterestRedditTumblrMailFlipboard 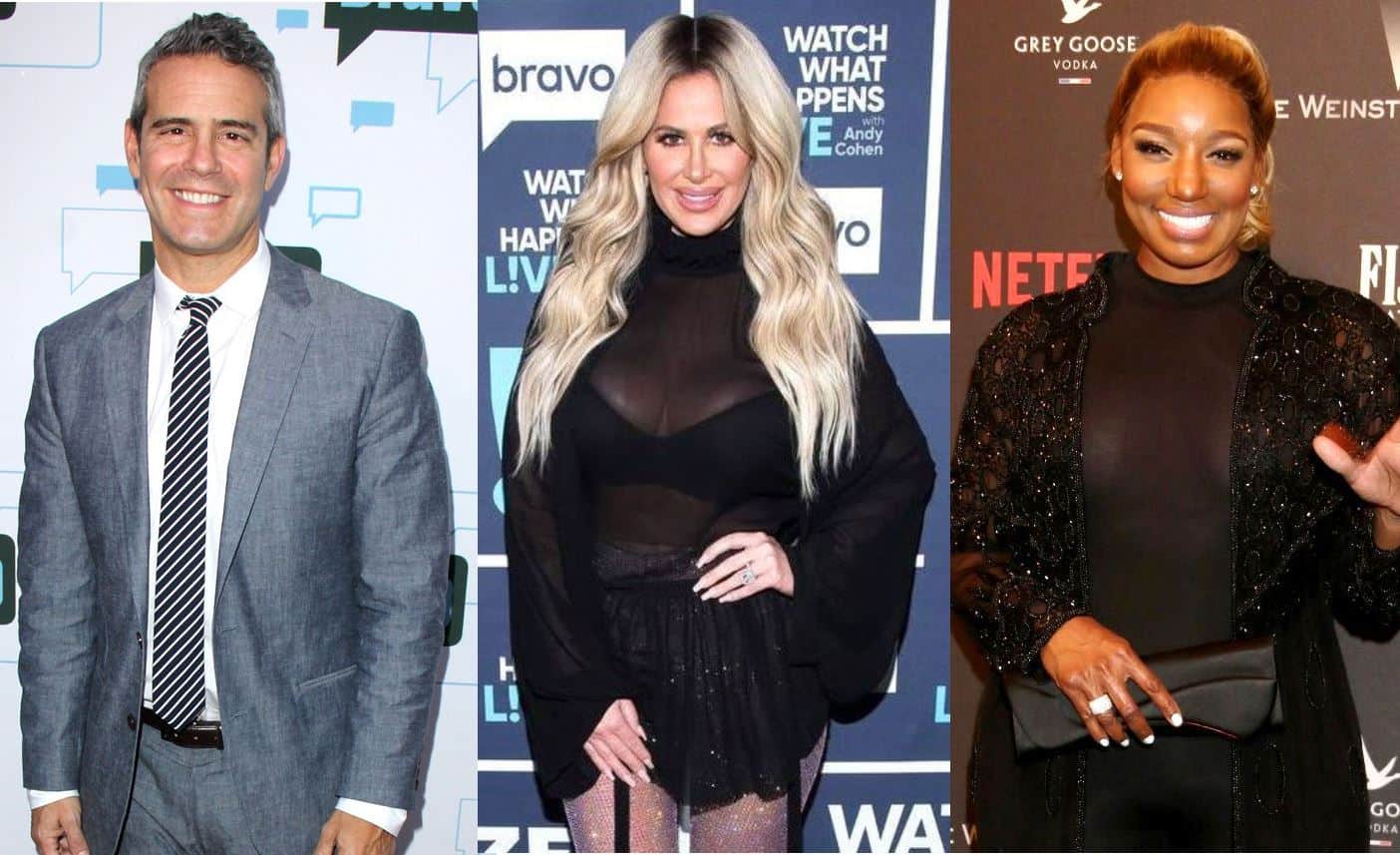 Andy Cohen is changing his tune after claiming Kim Zolciak was ganged up on during the Real Housewives of Atlanta reunion earlier this year.

After appearing on The Jenny McCarthy Show days ago and suggesting that Kim’s co-stars rallied against her in what he described as a “five against one situation,” Andy admitted to the hosts of The Breakfast Club that he “misspoke.”

“I should not have said that she was ganged up on,” Andy explained. “I was frustrated by the tenor of the reunion and what I was most frustrated in was myself and that’s what I was trying to say. Kim was not a victim in this. They were trying to hold her accountable and she was piss poor at taking any accountability for anything. The conversation was going around in a circle. When I said I wanted to walk off, it was because I lost control of the room.”

“I lost control of the room and it was not a gang up,” he added.

According to Andy, it was really frustrating to hear Kim deny saying certain things, especially when many of those things were caught in camera and aired on the show.

Andy was then forced to weigh in on Kim’s statements about racism. As fans of The Real Housewives of Atlanta will recall, Kim suggested during the reunion taping that racism wasn’t “all that real” before later apologizing with a statement on her Instagram page.

“I think [Kim] has a hard time seeing the nuance in her words, which has happened by the way, for 10 years on the show,” Andy explained. “We showed clips of her referring to things in early seasons that the women were pissed about that had overtones. I know that she has a real friendship with Sheree. I know she had a real friendship with Kandi and I’m interested in what the two of them really feel about where she stands.”

“She did not express herself well and what I think that she was saying is that in an era of social media, something that you say can be blown up and made bigger. That’s what I think she meant,” he added.

In other Real Housewives of Atlanta news, NeNe Leakes recently took to her Instagram page to deny Kim’s suggestion that she had attempted to kick her during the reunion show.

“All I hear is quack quack quack! This girl is a compulsive liar!” NeNe said. “The fact that they want me to be something that I am not is laughable! I wouldn’t kick her and get trash all over my expensive shoes for absolutely nothing! Yes things happen in the editing room but hunni I can bet you everything I got, if I tried to kick anyone it would have been shown a million times by now! You literally can ask anybody that was there. Just ask Andy and all the Africian American ladies (her words).”

“This is just another ploy to try an help that failing show over there,” she added.