Home Real Housewives of Atlanta News NeNe Leakes Claps Back at Andy Cohen’s Comment that Kim Zolciak Was Ganged Up On! Plus Kim Claims NeNe Attempted To “Kick” Her During RHOA Reunion

NeNe Leakes Claps Back at Andy Cohen’s Comment that Kim Zolciak Was Ganged Up On! Plus Kim Claims NeNe Attempted To “Kick” Her During RHOA Reunion

by Lindsay Cronin May 22, 2018 21 comments
ShareTweetWhatsappPinterestRedditTumblrMailFlipboard 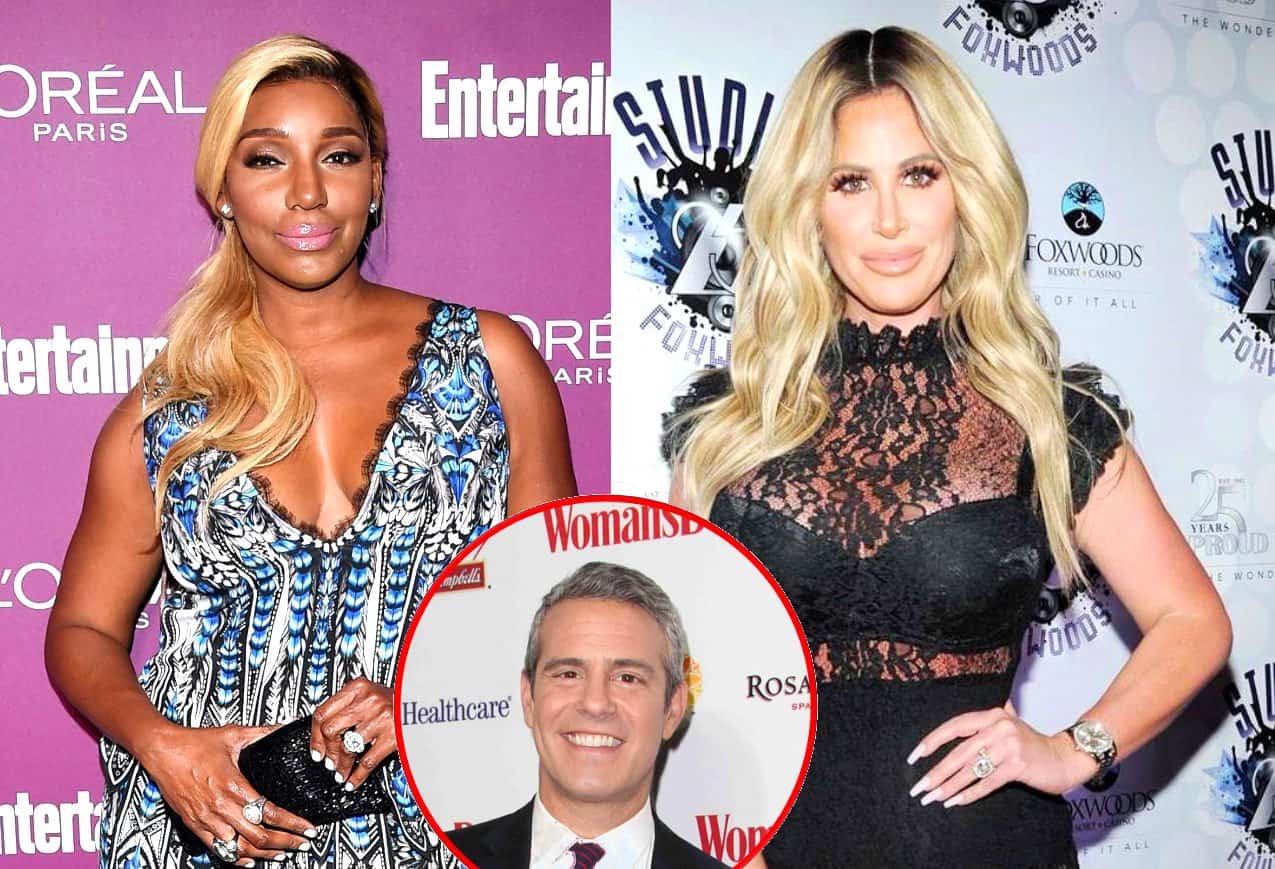 Kim Zolciak and NeNe Leakes‘ feud has been reignited.

Earlier this week, Andy Cohen dished on the reunion taping of The Real Housewives of Atlanta earlier this year and suggested Kim was ganged up on by the other stars of the show. However, according to NeNe, there was good reason for her and her co-stars to take aim at the mother of six.

“If Kim was gained up on, she deserved it!” NeNe explained in a tweet on Monday. “That’s what happens when you talk reckless [about] everybody! Oh and no one cared about me getting gained up on season 7. Think Dr. Jeff situation, wearing all white at the reunion. Cynthia, Peter, Claudia, Kenya and Kandi all had something to say to me. I don’t remember anybody caring. Just sayin.”

If Kim was gained up on, she deserved it! That’s what happens when u talk reckless abt EVERYBODY! Oh … https://t.co/HhAEMCH92k

Just replying back to everybody blowing me up abt this video????????‍♀️ just saying! Just answering the people

While chatting on The Jenny McCarthy Show on Sirius XM, Andy admitted that he nearly walked off set after losing control of the reunion interviews.

“I hate a five against one situation because it is a gang up. It’s less problematic when the person is good at taking up for themselves and Kim was not having an easy time with her words,” he explained. “No one was listening to me and I really did not have control of the room. I wish I had walked off of that reunion because I’ve never walked off. Everyone else has walked off. The next day, I was like ‘Dammit, you should have walked off.’”

Also on Monday, Kim reacted to Andy’s comments after seeing that one particular fan had said that Andy claiming Kim was “ganged up on blows [her] mind.”

Sweetie you didn’t see an 1/4 of what happened this season or an 1/8 of reunion! I had positive moments Irregardless Im comfortable w/ who I am and what I stand for it’s television! The reunion was disgusting! Nene trying to kick me, girls making fun of my children, mocking my https://t.co/NSbpqLXUAX

Husband, I do not pick on people’s children, husbands! You are clueless human being! Sending love and light

Kim and NeNe’s season 10 drama began after Kim’s oldest daughter, Brielle Biermann, shared a video online in which she showcased cockroaches roaming through NeNe’s home. A short time later, NeNe and her co-stars suggested Brielle and the entire family were racists, which prompted Kim to say that racism wasn’t actually “real.”

“During the last RHOA reunion episode, I made a comment that confused and offended people. I sincerely apologize,” her statement read. “Edited out of context, I understand why my remark angered people. Racism is a sad reality in the United States. It has been prevalent throughout our country’s history. Let me be very clear, I do NOT support, tolerate or put up with any form of racism, hate or other discrimination. My love for ALL people runs deep — I am open to all and always have been.”