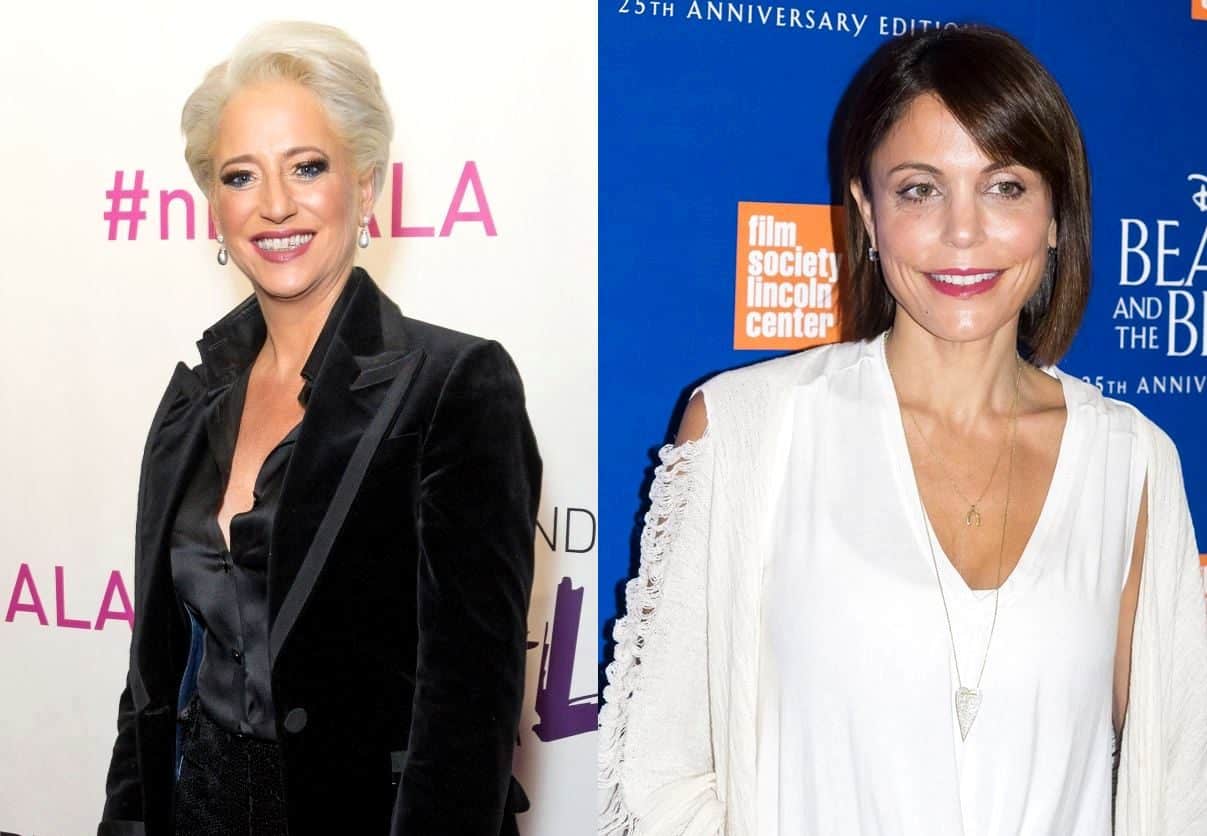 Real Housewives of New York City star Dorinda Medley has had it with Bethenny Frankel, and she is calling her out in an all new interview.

During a recent podcast, Dorinda didn’t mince her words when it came to her costar, as she slammed Bethenny for constantly insulting and putting down her RHONY castmates. Dorinda also discusses the fact that Bethenny has unfollowed most of her castmates on social media, plus she reveals which costar she thinks gets the best edit on the show!

Dorinda, 53, appeared on comedian Heather McDonald’s podcast, Juicy Scoop With Heather McDonald, this week during which she was first asked how she feels about Bethenny these days.

“Remember Jaws? Just when you think it’s safe to go back in the water with Bethenny Frankel, you lose a leg!” joked Dorinda.

The topic turned to which RHONY star gets the best edit and Dorinda thinks Bethenny gets a lot of help from production.

“Who do you think gets edited in the best light on the show? Do I need to answer that? It’s like who brings presents at Christmas? It’s an obvious question. [Bethenny] gets edited the best. Of course,” answered Dorinda.

Another point of contention with Bethenny is the fact that Dorinda feels she acts as if she’s the only successful woman on the Bravo hit show. Dorinda takes major issue with this, stating that, unlike Bethenny, she and the other ladies actually had success before reality TV.

“We all are valuable women. All of us. We all have been successful. You know, we’ve been in love. We’ve lost love. We’ve raised children. So, I just feel like sometimes I don’t want the audience to forget that,” she said, before throwing a little shade. “Our lives didn’t start on reality TV like some of us. We had big lives before that.”

“Listen, I think she needs to change her name from B-Strong to B-Nice,” continued Dorinda.

Dorinda also takes issue with Bethenny’s constant name-calling when it comes to her costars, most recently calling Dorinda a “drunk” on the show. Bethenny, who is known for her brutal honesty, has said she’s just telling it like it is but Dorinda sees her choice of words as being hurtful.

“I don’t think you should ever [use] words like whore, loser, drunk, idiot, moron, that doesn’t work. Maybe it was cute six years ago when you could use humor to hurt people,” said Dorinda.  “I use laughter to make people feel better about themselves, especially since we have daughters. I don’t think I’ve ever said that to women.”

The topic turned to Ramona Singer, who famously trashed Dorinda’s house in the Berkshires during a recent season. Dorinda however reveals that wasn’t the worst of Ramona’s behavior as she also kept trying to boss her housekeeper around.

“Ramona would call [the housekeeper] on her cell phone like ‘can you bring me a glass of Pinot Grigio? I’m getting dressed.’ I’m like did you leave your credit card? This is not a bed and breakfast,” shared Dorinda, before going on to state that she does “love Ramona.”

An audience member had a question for Dorinda, asking her about Bethenny unfollowing all of her castmates with the exception of Sonja Morgan and Tinsley Mortimer.

“She unfollowed us on Twitter and Instagram. She unfollowed me, Ramona, Carole, and I think Luann. Which I find very odd because we’re all on a show but I guess we all like to play kindergarten games,” said Dorinda.

NutcrackerGate was brought up and Dorinda also revealed why she felt Bethenny didn’t show enough gratitude for the strings she pulled to get her daughter Bryn a Christmas present. As we reported, Bethenny threw some shade at Dorinda recently, implying it was a man Dorinda introduced her to who deserves all the credit for the gift, rather than Dorinda herself.

“She didn’t say thank you. She said I’m grateful. I mean Just say thank-you!” explained Dorinda. “That was my contact. They called up every division across United States, I’m like you have to find this. Yes, ultimately the guy found it. But here’s the thing. It’s not even about that. Didn’t all of us go to kindergarten? Don’t we say please and thank you? That’s it. No more to be said.”

When asked about Bethenny launching her Skinnygirl Jeans line on the most recent episode of RHONY, Dorinda had jokes and shade for days!

“I don’t know what you’re talking about,” said Dorinda when asked about Skinnygirl Jeans. “But I did like the bologna. She had cold cuts for five minutes.”

We couldn’t find any proof that Skinnygirl meats ever existed but if anyone has knowledge about that, feel free to share in the comments section below!

“Reality TV saved my life. I was really going through a bad time. Hanna went to college. Richard died,” shared Dorinda. “I moved out of the townhouse that I loved so much cause I couldn’t handle it anymore. It was just too much memories. And then all of a sudden, this thing came that was no one else’s except mine. It was mine to create. Mine to ruin. And it really was so healthy and good for me.”

TELL US – THOUGHTS ON DORINDA’S INTERVIEW?