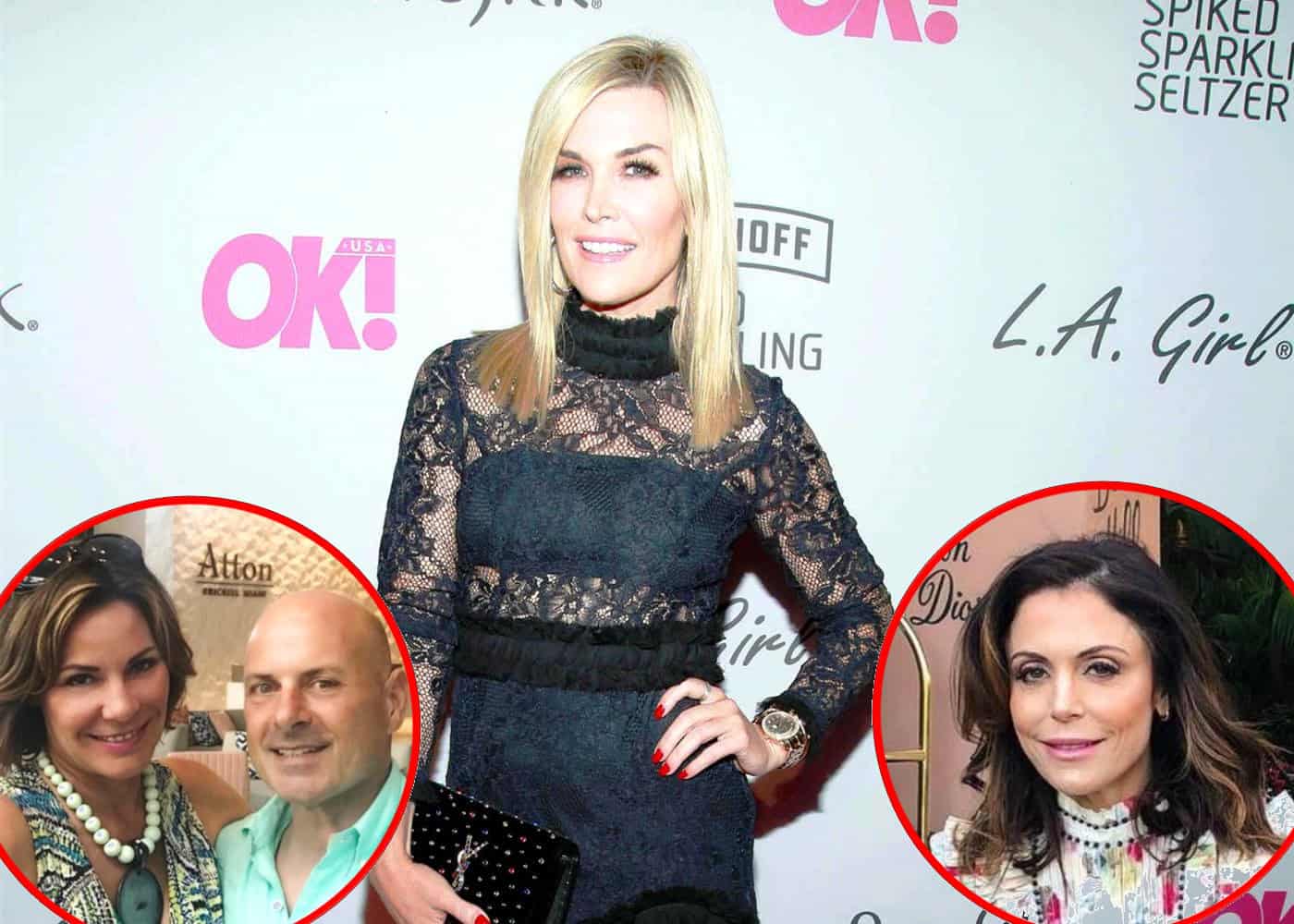 Weeks after a report surfaced claiming the two were involved in a verbal dispute at a restaurant, Tinsley addressed the issue in her Real Housewives of New York City blog and revealed new details about their encounter.

“Luann, please don’t give Tom another thought,” she wrote. “I was at Imoto in Palm Beach last week. Your creepy ex saw me and came over to my table and accosted me asking what I was doing there. WHAT? What was I doing at a restaurant one block down the street from where my mother lives?!!! Page Six even wrote about it.”

In a May report, an insider told Page Six that Tom was first to approach Tinsley, who quickly stuck up for her friend by teasing him about his home in West Palm Beach, which is said to be far less chic than Palm Beach.

“Clearly, the Palm Beach vs. West Palm Beach thing has totally unglued him,” Tinsley explained. “He had to let me know that he has now bought an apartment ON ISLAND and no longer lives in West Palm. He definitely wanted to start a fight. What a total loser! I couldn’t help myself. I told him he was bald and a scumbag and that you were 1000 times better than he. Good riddance. He’s just so…uncool.”

Tinsley then addressed LuAnn’s Palm Beach arrest, which has recently been playing out on The Real Housewives of New York City.

“Girl I feel your pain, but you shouldn’t have said what you did to the police officers,” Tinsley noted. “Palm Beach is a very small place, but the police take their jobs as seriously there as those in New York City. Believe me. I know. I’m still wondering how you slipped those cuffs!!! Impressive!”

Last year, Tinsley was arrested for trespassing after she allegedly turned up uninvited to her former boyfriend Alexander “Nico” Fanjul‘s Palm Beach home.

Also in her blog, Tinsley addressed the ongoing feud between Carole Radziwill and Bethenny Frankel. As fans well know, some have blamed Tinsley for coming in between them, which she denies.

“The situation between Carole and Little Miss Can’t Be Wrong is disturbing. Like you, I eagerly watched what I hoped would be a full-fledged make-up at their lunch. Though there were hugs at the end, my take is that things weren’t altogether resolved. I guess we’ll just have to wait and see.”