Home Vanderpump Rules Is Jax Taylor “Still On the Prowl” Despite Engagement? Plus Brittany Cartwright’s Castmates Warn Her Against Marrying Him

Is Jax Taylor “Still On the Prowl” Despite Engagement? Plus Brittany Cartwright’s Castmates Warn Her Against Marrying Him 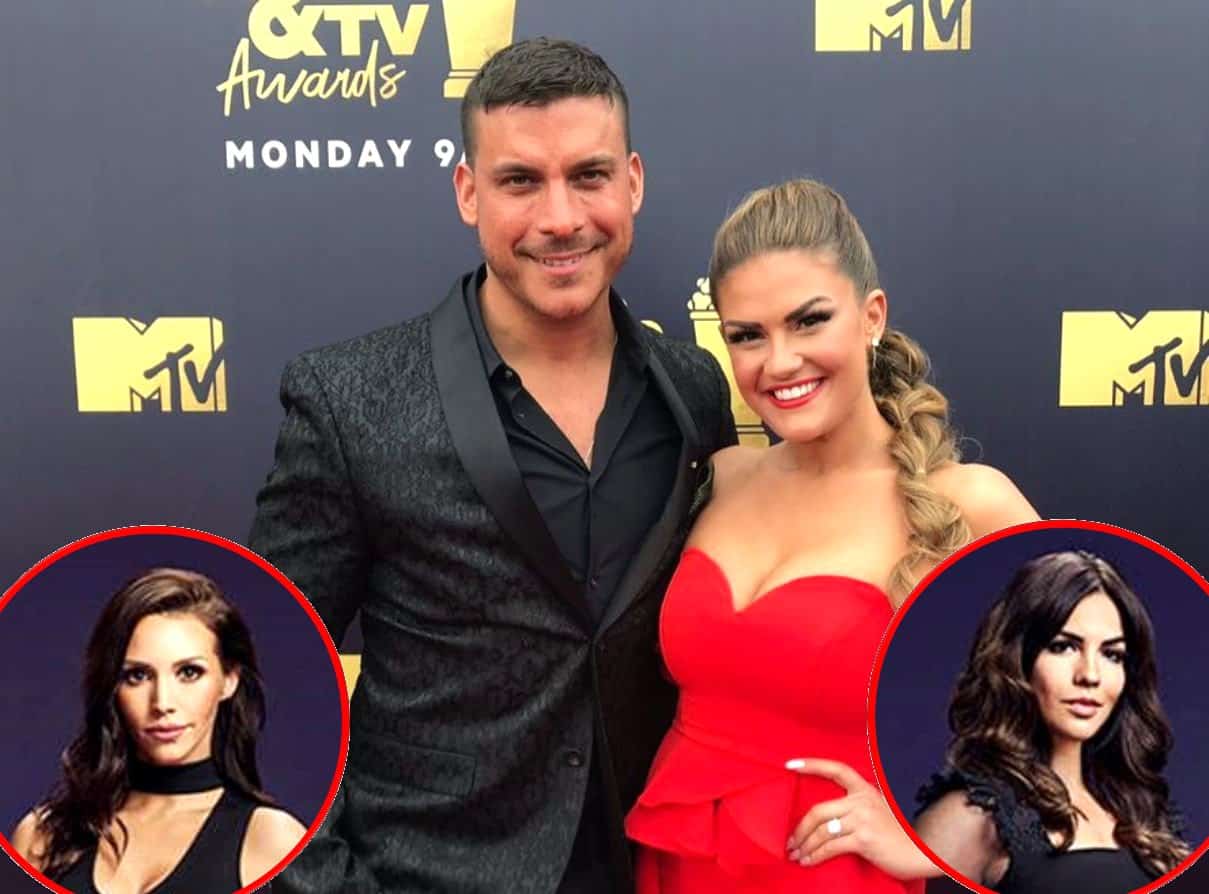 Brittany Cartwright is reportedly being warned by some of her Vanderpump Rules castmates against walking down the aisle with Jax Taylor amid reports that he is “still on the prowl” despite his recent proposal to Brittany.

As the Pump Rules cast films the upcoming seventh season of the show, a report claims Scheana Marie and Katie Maloney aren’t ready for their friend and co-star to begin the process of planning a wedding with the infamous bad boy of the series.

“They told Brittany she’s making a huge mistake,” a source revealed in the latest print issue of In Touch Weekly magazine. “Jax is incapable of staying monogamous, and he’s only doing this so they get a second season of their show.”

As fans will recall, Jax and Brittany starred in Vanderpump Rules: Jax and Brittany Take Kentucky last summer after filming the special in late 2016. Now, nearly one year later, there has been no word on a potential second season of the show and Jax reportedly took that into account before proposing to his girlfriend of three years.

Following filming on their spinoff, Jax and Brittany returned to Los Angeles from her hometown in Kentucky and shortly thereafter, Jax admitted to cheating on her with Faith Stowers. Then, weeks later, Jax dumped Brittany with cameras rolling before reconciling their relationship at the end of last year.

And although Jax claims to be a changed man, the insider said that the longtime reality star hasn’t truly changed his ways, and is still trying to talk to other women.

“Jax is still on the prowl. He was texting other girls a week ago. It’s hard to imagine they will actually make it to the altar,” the insider added.

Jax proposed to Brittany earlier this month with a $70,000 diamond ring and of course she said yes. Since then, the couple has revealed they plan to tie the knot in Kentucky.

TELL US – DO YOU BELIEVE JAX IS STILL ON THE PROWL DESPITE HIS ENGAGEMENT?