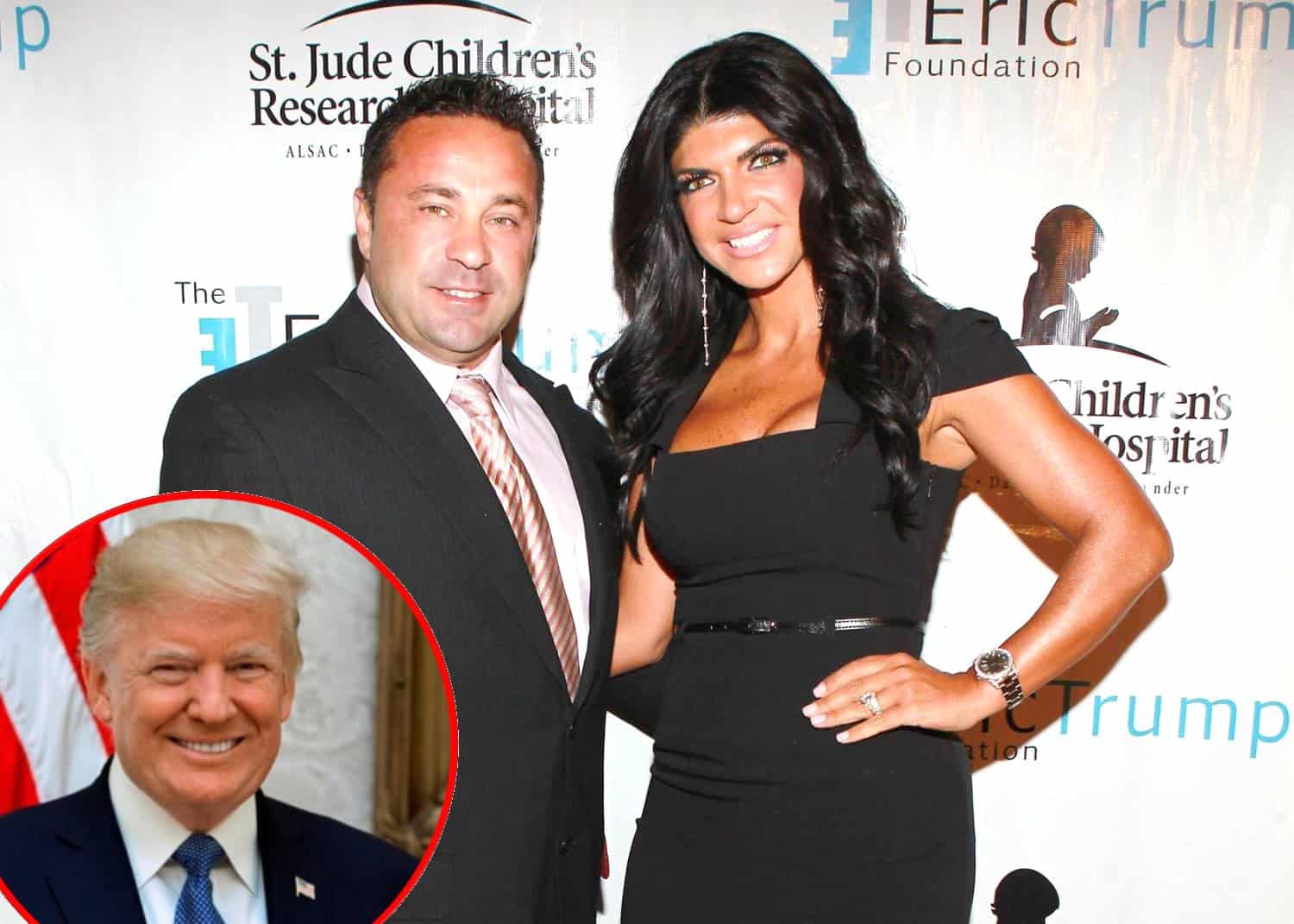 Teresa Giudice is taking notes from her fellow reality star Kim Kardashian and planning to request her husband be pardoned from a reported deportation.

After learning the Keeping Up With the Kardashians star was able to get Alice Marie Johnson released from prison, Teresa is reportedly begging President Donald Trump to step in and prevent Joe Giudice from being sent back to Italy.

According to Radar Online, the Real Housewives of New Jersey star first attempted to contact Trump, who she worked with on Celebrity Apprentice season five, earlier this year. Now, months later, she’s been inspired by Kim, who received credit for convincing the President to release Alice from custody weeks ago, despite a life sentence she received for a nonviolent drug conviction.

“Teresa doesn’t think that it’s out of the question to get the same for Joe,” an insider revealed. “Plus, Joe is a celebrity and the lady Kim got pardoned no one has ever heard of!”

“She has been calling ‘Celebrity Apprentice’ folks, trying to get a contact for President Trump or [his daughter] Ivanka,” the insider continued.

Joe is currently serving a 41-month sentence at a prison in Pennsylvania after being charged with bank and wire fraud years ago. As fans well know, Teresa was also sentenced to time behind bars for her role in the crimes, which she served in 2015.

Although Joe isn’t set to be released from custody until next March, the government has already stepped in and begun the process of having him deported.

Weeks ago, an Immigration and Customs Enforcement spokesperson confirmed Joe is in the midst of “removal proceedings,” and around the same time, a Department of Justice spokesperson added that Joe is set to appear in front of an immigration judge on August 15.

TELL US – THOUGHTS? DO YOU THINK TERESA WILL GET A PARDON FOR JOE?