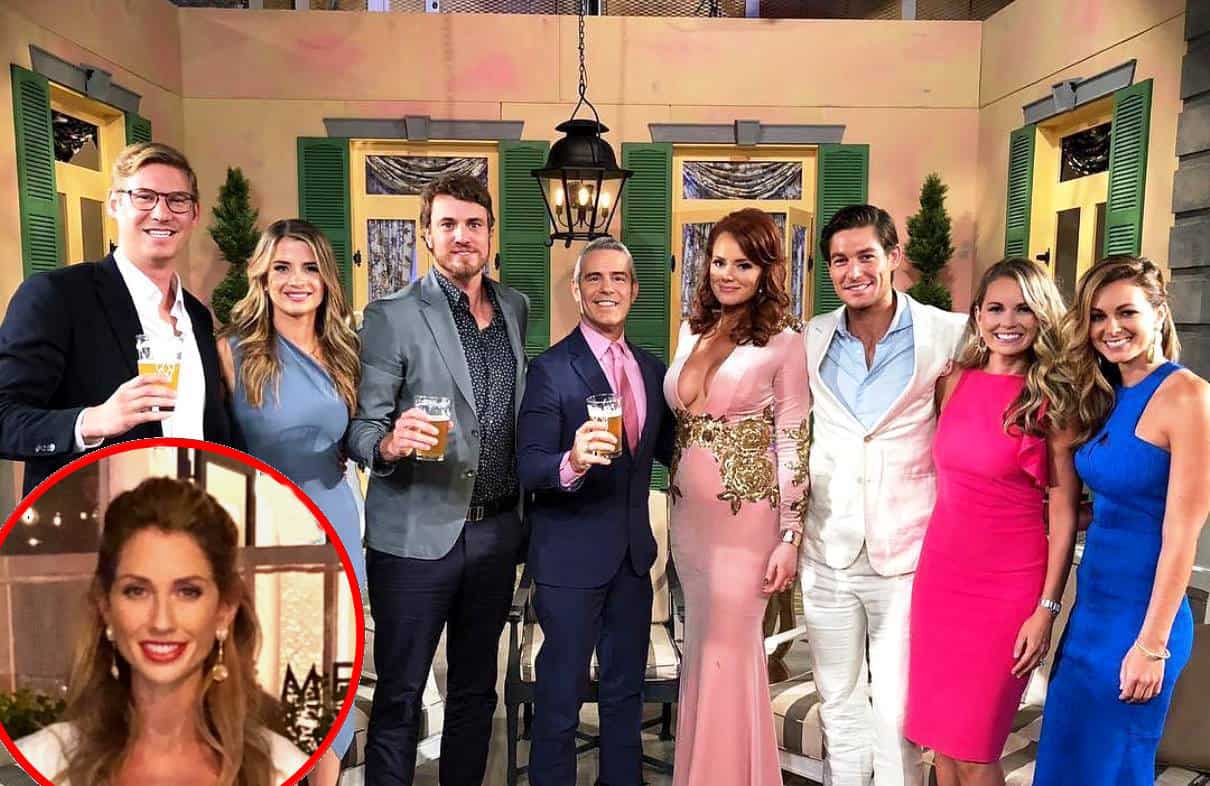 In the two minute trailer, posted below, the entire cast reunites to talk about what is arguably the most dramatic season yet in the history of the show.

Ashley Jacobs was in attendance, though she was kept backstage until it was her turn to take the stage.

“Why did you track me after we broke up and all the other cray s–t you did?” asks an angry Craig to Naomie.

“Let me talk!” says a frustrated Naomie to Craig. “Geez, you’re just like talking over me. I don’t miss this at all.”

New mom Cameran Eubanks, who was absent from the group most of the season, due to her pregnancy, gets quit emotional and is shown in tears as she talks about all the hardships Kathryn Dennis had to face as a mother.

“I just can’t imagine what you’ve been through as a mom and not having support around you in that time of your life,” said Cameran to Kathryn. “And you don’t know unless you have a child.”

When it comes to Ashley, the usually drama-free Cameran had some very strong words for her, in regards to the way she treated Kathryn on the show.

“Yeah, I think she’s a horrible human being. Horrible,” said Cameran about Ashley.

Kathryn also appears to put some blame on her ex Thomas Ravenel when it comes to why she came off badly in previous seasons.

“You know, Thomas definitely put some things out there and I wish people would have realized how the good ol boys system works,” she said.

Lastly, Kathryn is shown mocking Ashley backstage by poking fun at her previous comments about Kathryn needing to take responsibility for her actions. “What about accountability Ashleeey. Let’s talk about it Ashleeey,” says Kathryn, in Ashley’s voice, while sitting in her make up chair.

DOES THOMAS RAVENEL HAVE A SEX TAPE?

The reunion preview then ends with Ashley making her way to the stage to face the cast! As previously reported, Thomas was absent from the reunion as he faces allegations of sexual assault from two different women in addition to a police investigation.

Andy Cohen recently revealed that the decision for Thomas not to attend was made by both Thomas and Bravo.

In other news, Ashley has deleted her Twitter account following a strong barrage of backlash from fans of the show after Thursday night’s finale episode. Below are just some of the comments from fans following the reunion via Twitter –

“I don’t think I have ever hated a @bravo character more than I hate Ashley Jacobs.”

“If Ashley Jacobs will go away for $5K I will start a Go Fund Me acct right now.”

If Kathryn wants to whoop Ashley’s ass I’ll start a Go Fund Me to get her bail money.”

Ashley’s decision to delete her Twitter is not surprising as she stated before the finale aired that she would likely end up taking a break from her social media account for some time. Her Instagram account however remains up.

The first part of the Southern Charm season 5 reunion airs next Thursday on Bravo at 9/8c.