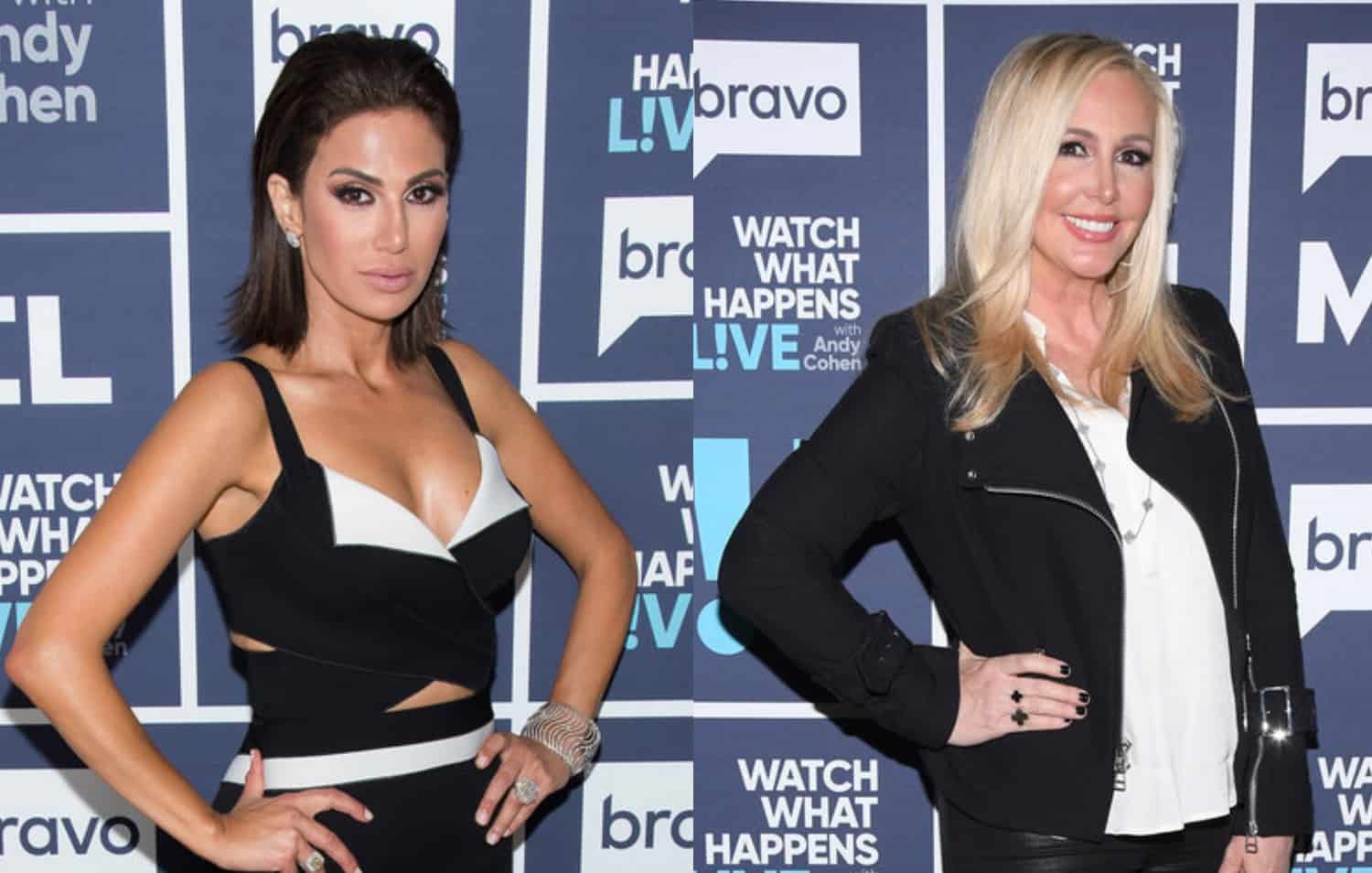 Peggy Sulahian is slamming her former Real Housewives of Orange County castmate Shannon Beador following some comments Shannon made about her during last night’s episode of Watch What Happens Live.

On the July 16 episode of WWHL, host Andy Cohen asked Shannon and Tamra Judge which of the RHOC season 12 housewives they missed the most during season 13, and both women made it clear that they weren’t fans of Peggy.

“Meghan [King Edmonds],” Shannon said. “The other two were [sticks out tongue].”

“No, no. Meghan,” Shannon replied.

Tamra then poked fun at Peggy’s continual use of the “100th housewife” hash tag.

“She can put that on her tombstone and I think it’ll be there!” Shannon added.

In response to the comments, Peggy shared a message of her own about her co-star as she took aim at Shannon’s failed marriage to David Beador in the comments section of an Instagram clip from the episode.

“What would Shannon’s tombstone say?? I wish I knew how to keep my husband?” she wrote, also including the hash tag for “100th housewife.” 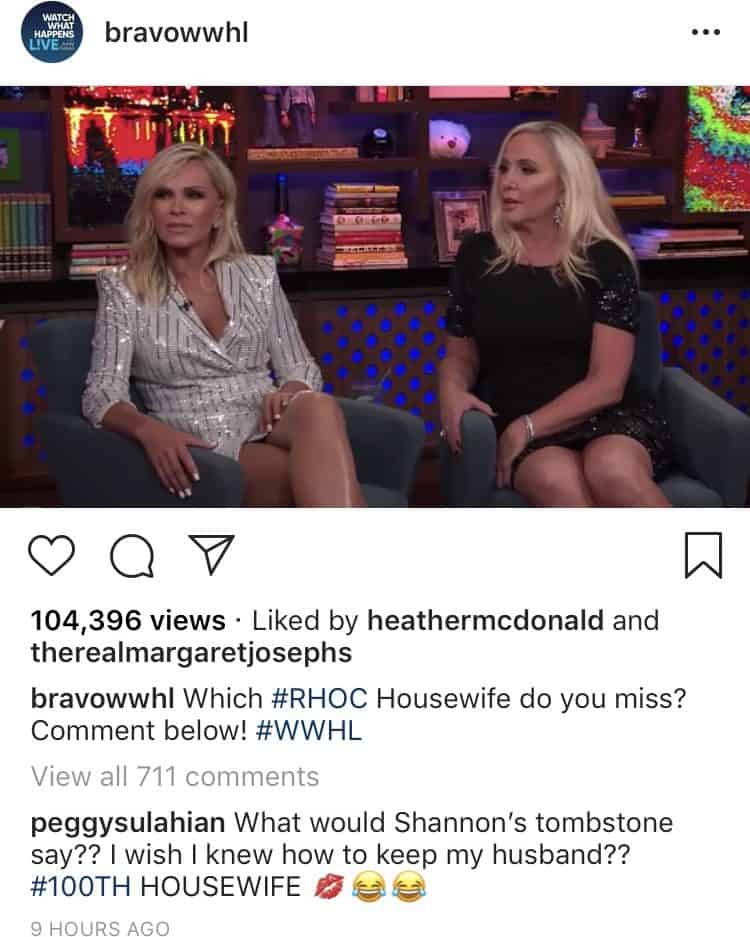 As fans well know, David engaged in a months-long affair years ago before he and Shannon called it quits on their marriage at the end of last year. Then, just months after their divorce announcement, David went public with new girlfriend Lesley Cook.

Peggy was brought to the cast of the RHOC last year for season 12 and confirmed she would not be featured on season 13 in February of this year.

“What an exciting experience it was to be part of The Real Housewives of Orange County! It was an honor to be the 100th housewife and to be part of the Bravo family. I am extremely proud of being the 1st Armenian-American Housewife and sharing my culture with the world,” she wrote on Instagram at the time.

As for Shannon, she has yet to respond to Peggy’s diss. The clip of Tamra and Shannon’s comments is below.

TELL US – DID PEGGY GO TOO FAR OR FAIR GAME?