The Real Housewives of Orange County Premiere Recap: The Next Chapter 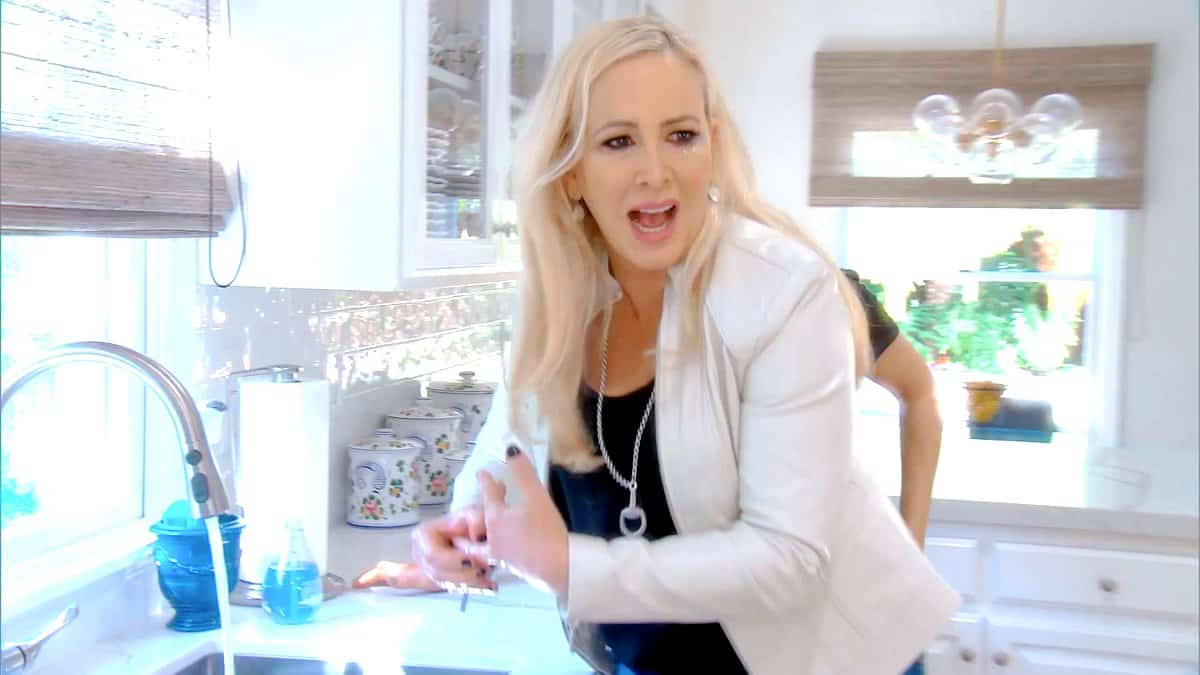 New cast members (thank GOODNESS Lydia is gone). New houses (downsizing is happening). New friendships (wait, are Shannon and Vicki actually talking to each other?!). New episodes (Season 13 of the Real Housewives of Orange County…we’re ready for you!)

The new season opens with Eddie and Tamra and its moving day! Because it was “Eddie’s house” that Tamra moved into years ago, Tamra felt it was time to get a house that is THEIRS. The couple lounges around the kitchen as other people, including Tamra’s son and mother, pack up belongings (I sure wish I was able to do that when I moved) and they discuss the near future.

Tamra and Eddie decide to have a housewarming party at their new crib (#priorities), but there’s one caveat: Vicki Gunvalson would not be invited as per Eddie’s request. Speaking of Eddie, he has been newly diagnosed with AFib and he needs heart surgery. This is particularly upsetting because Eddie’s gym is his life. “He’s a machine and his body’s letting him down at the age of 45.” Tamra seems overwhelmed with the gravity of it all. I mean, what more could these two possibly plan for? Moving. Housewarming party. Heart surgery. Really kicking it off with a bang…

So it turns out that guy Steve is crazier than I thought he was because he has stayed with Vicki for yet another season as VICKI’S BOYFRIEND. Vickie is up his a*s about him changing his address, as he has been “living” with her, but keeps his own place, too. Yea, it’s called taking a break, Vic. I am 100% positive Steve crashes at his pad frequently when Vickie gets annoying, which I am 100% positive is very often.

Vicki talks incessantly about non important issues and drops hints that she wants a ring from Steve-o. Seems like she is a liiiiitle jealous that BROOKS (Vickie’s ex) is getting married!! Someone is marrying THAT psycho?! Yikes. Steve’s still full of words of wisdom this season, especially when it comes to all of the girls: “sometimes things are better left off unsaid.” I do have to be clear that he was rolling his eyes as he said that and was silently reminding himself that this was why he still has his own home.

Turns out that Tamra and Eddie aren’t the only people in a new house. Shannon is in a new house, too. This season, we have single-parent-Shannon and she is still getting comfortable with her current situation: “We went from 14,000 square feet and now I am at 4,000 square feet.” Talk about rich people problems! It’s nice to see Shannon interacting with her daughters, but you can tell this divorce is killing her.

Yet another cast member is in a new place: Kelly Dodd. “Since the divorce, Michael and I sold our house for 5 million dollars.” Kelly has been loving her single life (“dating post divorce is easy”) and has been spending time with her daughter, Jolie.

Later on, the estranged pals, Shannon and Vicki, meet in what looks like a hotel lobby and Shannon shares that she has “high hopes that” they will get to a “better place.” Vickie fishes and feigns concerns for Shannon’s life…but really, she just wants all the dirt. And as it turns out, there is a lot of dirt to be heard. It’s funny to hear older women talk about “social media posts,” but it’s not funny to find out that your ex husband has a new girlfriend in his life. David, Shannon’s ex husband, is now officially dating a girl, Lesley Cook, who is 20 years younger than him. Vickie tries to make Shannon feel better, but I don’t trust Vickie’s intentions at all and I am hoping that Shannon slowly eases into this friendship, round II.

On the morning of Eddie’s surgery, Tamra drives her sweetie to the hospital, drops him off, and meets with her son, Ryan, at a nearby coffee shopgkick a*s attorney by day.” What does that even mean? Turns out that Emily was on Tamra’s bad side at one point…she was close with some “trolls” who did Tamra wrong, but she lets Tamra know she is sorry for the past. Emily states, “The reason I decided to reach out to Tamra was because” I wanted to be on the show. SIKE. Emily claims that she has been righting some wrongs in her life…plus it doesn’t hurt that Tamra was totally her in on this franchise.

ANYWAY. We get a peek into the new girl Emily’s life. We see that she has three kids: “Annabelle, I call her a feral child, it’s like we picked her up in the woods”…uh what? She also has twin boys. Emily fills the viewers in on her past: poor child growing up turned into wealthy woman now. We finally get to meet her husband, Shane. He looks like a barrel of fun…and clearly is incredibly romantic. Get a load of “their story.” The couple worked together and were friends for years and then….“One day through Google chat he said, hey do you wanna get married? And I was just like sure.” Wait. What the actual f*ck. Well they certainly aren’t good at romance and they’re really not good at this parenting thing. They lose their kids like one would lose their keys. How do people like this exist?

Over at Shannon’s place, Tamra pops over to catch up with her friend. Tamra reminds Shannon that if the marriage is over, she should lose the ring. Clearly David has moved on with his 20 year old GF…It’s time for Shannon to go forward with her life. Convinced to remove the ring, Shannon frighteningly realizes that she legit cannot get the ring off and after some serious tugging, the ring is gone.

Kelly’s “girls get together” is finally coming to fruition. Shannon, Kelly, Vickie, and Tamra all load into Kelly’s car and talk dating. It is very clear that Kelly is having “lots of fun” and has found herself lots of men to date. Vickie reminds her of this fact by saying, “Kelly, you’ve been going around like a record.” LOL.

The women pull up to something that looks like the American Ninja Warrior set, but really it’s just some sort of ropes course that requires “trust” to complete. Oh boy. These ladies are not going to survive this. There’s shrieking, complaining, and cursing. All the women are entwined in the rope course and of course, Vickie gets injured because what’s a girls’ activity without a Vickie injury? (Someone get the lady a casserole!) The course ends with a zip line and one would think they were bungee jumping without a cord. Everyone makes it down to solid ground alive and they all realize that they have each other’s backs. Man, this season needs some drama and needs it now. Let’s cross our fingers that the new additions to the cast stir up the pot just enough to have the women who we have all grown to love and adore come back kicking and fighting.

TELL US – THOUGHTS ON THE RHOC SEASON PREMIERE? DID YOU FEEL BAD FOR SHANNON? ARE YOU BUYING THIS RECONCILIATION WITH VICKI? DO YOU THINK VICKI CAN BE TRUSTED?