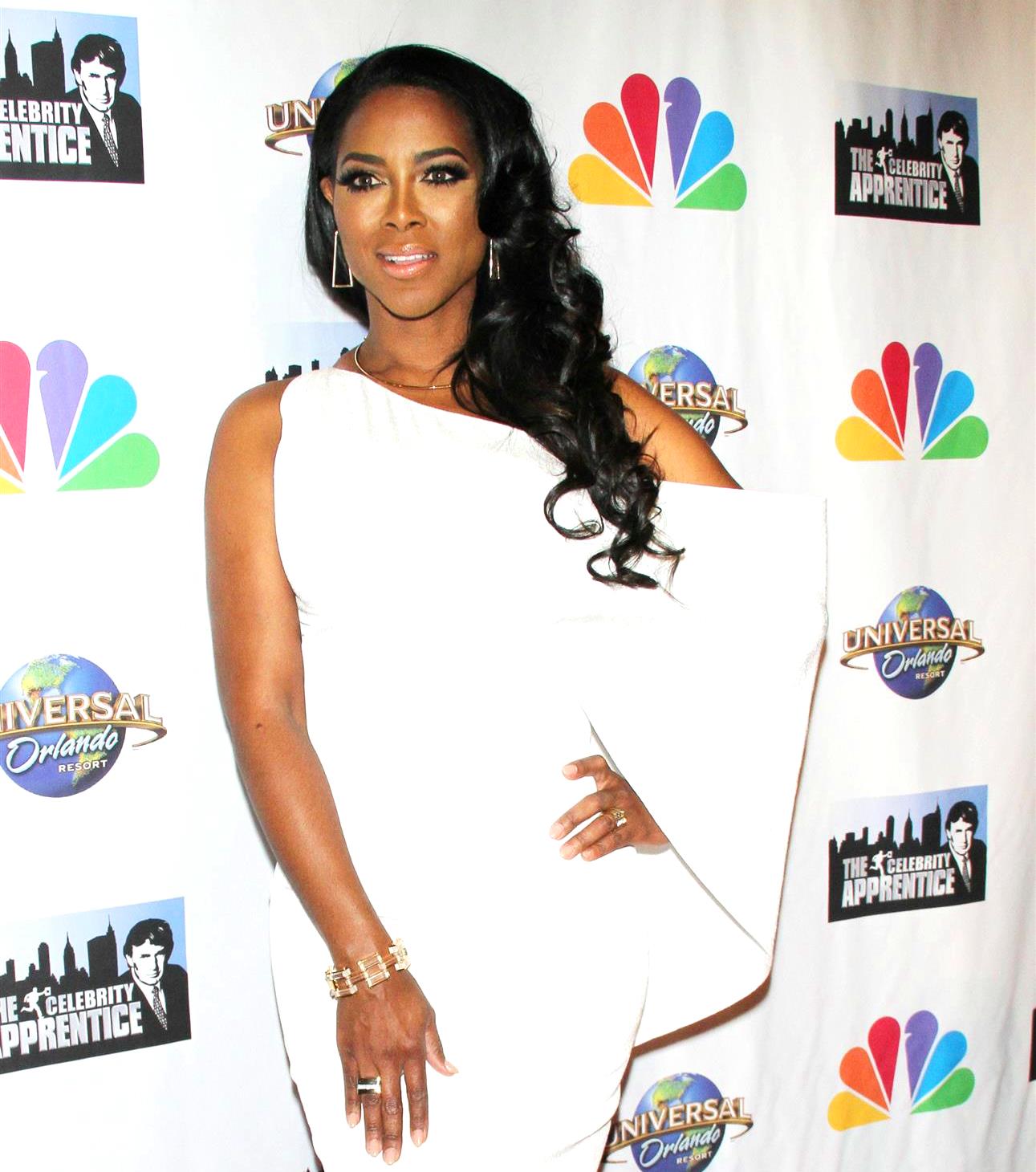 It seems some Real Housewives of Atlanta fans have been pretty angry since news broke that Kenya Moore had been fired. So much so, that they took to the streets en masse to have their voices heard!

Ok, “en masse” may be a little generous. Exactly FIVE of Kenya’s die hard fans showed up to NBC headquarters (NBCUniversal is the parent company of Bravo) in New York on Tuesday to demand justice for their favorite Georgia Peach!

Team Twirl showed up holding signs that read, “Boycott Bravo!” and chanting “Who do we want? Kenya! Who do we need? Kenya! Bring back Kenya Moore!”

Um…these people do know that Flint, MI still doesn’t have clean water and most of Puerto Rico is still in the dark, right? But I guess we all have different priorities!

As we previously reported, Bravo was upset with Kenya, 47, following her refusal to allow her secret wedding in St. Lucia to be filmed for season 10, and the subsequent attitude she showed about revealing the details of her marriage. Viewers may recall that we didn’t even meet Kenya’s new husband until the season was nearly over..a big no no for a network that values oversharing.

According to Kenya, this led to the network offering her a significant pay cut to return next season. Kenya declined, and hence her exit from the show.

The beleaguered former beauty queen has since taken to social media to plead her case, and brag about the “many opportunities” pouring in from other networks, but to no avail.  Her fate with the network has been sealed..for now.  But, who knows? With this type of support, they may just bend to the will of the people, after all!

You can check out a video of the protest below:

As for Kenya, she continues to enjoy her pregnancy with her husband Marc Daly.

TELL US – THOUGHTS ON THE PROTEST? SHOULD BRAVO HIRE KENYA BACK?