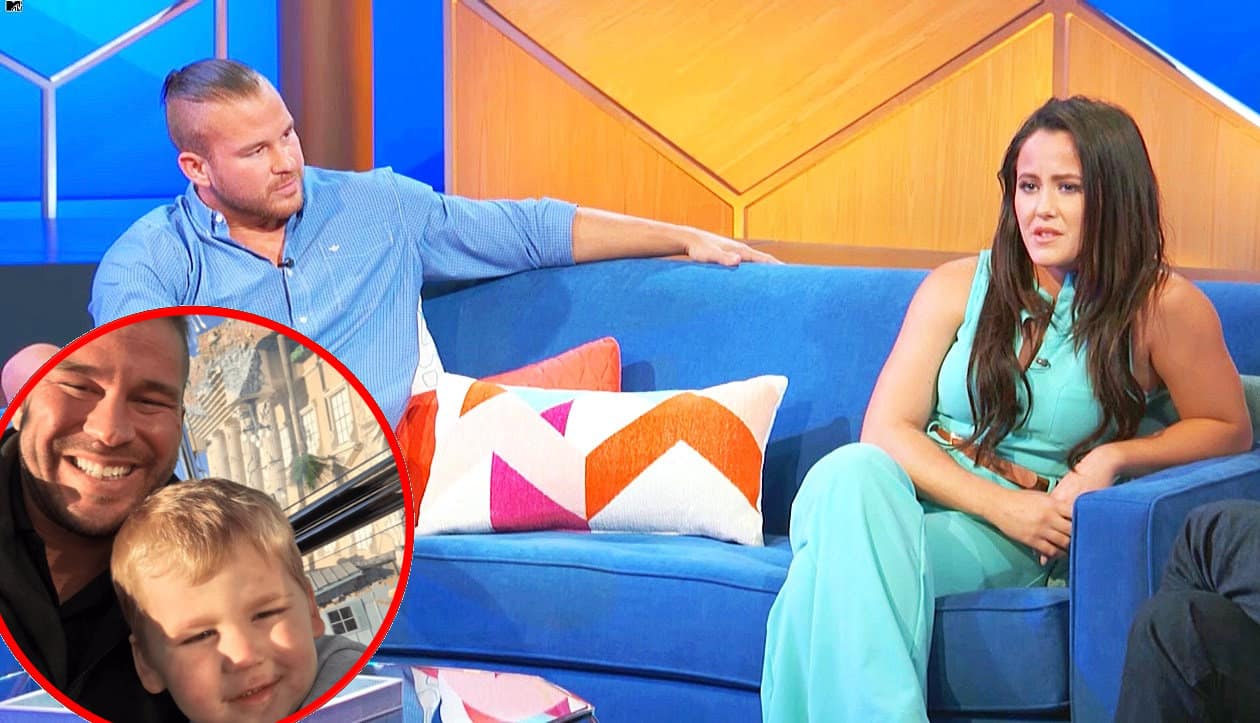 Jenelle Evans‘ ex-boyfriend, Nathan Griffith, is fighting for custody of their four-year-old son Kaiser after seeing his ex-girlfriend’s road rage incident play out on Teen Mom 2.

According to a new report, Nathan filed a motion to modify his custody agreement with Jenelle after she was caught threatening a driver with a gun during a road rage incident as her oldest son, nine-year-old Jace, sat terrified in the front seat.

On July 31, The Ashley’s Reality Roundup confirmed Nathan filed paperwork against Jenelle and her husband, David Eason, requesting he be granted full custody with Jenelle having just visitation — and that David stay far away from his child.

In his custody documents, Nathan claims a “substantial change has occurred” in the life of Kaiser that will continue to have “a detrimental effect on the minor child unless the custody order is modified.” Nathan also said that David is a “violent person who is a danger to [Kaiser].”

“[Jenelle and David] have drug dependency and substance abuse issues,” Nathan continued, noting that the couple’s daughter, one-year-old Ensley, was allegedly born with THC in her system.

“[Jenelle] has been to rehab two to three times but upon information and belief has never completed the prescribed treatment,” the paperwork said.

According to Nathan, who was previously engaged to Jenelle, he has a “suitable home” for their son and feels that his residence will be “conductive to the health, well-being and development of [Kaiser].”

“The Defendant is a fit and proper person to have primary care, custody and control of his minor child, and that it is in the child’s best interest that custody be modified as such,” his documents continued.

The report revealed that a court date has been set for Tuesday, August 7. At that point, Nathan is expected to plead his case for custody and present the court with “other facts” related to the custody matter at hand.

In an additional report shared by Radar Online relating to Nathan’s paperwork against Jenelle, it is noted that Kaiser allegedly tested positive for drugs at the time of his birth. However, according to a source close to Evans, there is no truth to the claim.

Back in June, Jenelle and Nathan made headlines after Nathan’s mother, Doris Davidson, chose to keep Kaiser from Jenelle after seeing alleged marks of abuse on the child. As Radar Online revealed, Nathan called police to report his concerns before his mother refused to return the child to his mom.

Jenelle was ultimately reunited with her middle child days later.