Home Real Housewives of Beverly Hills News RHOBH’s Erika Jayne Implies Lisa Vanderpump Is Not a Team Player, Confirms Lisa Is the Person Who Didn’t Want to Take a Photo With the Cast

RHOBH’s Erika Jayne Implies Lisa Vanderpump Is Not a Team Player, Confirms Lisa Is the Person Who Didn’t Want to Take a Photo With the Cast 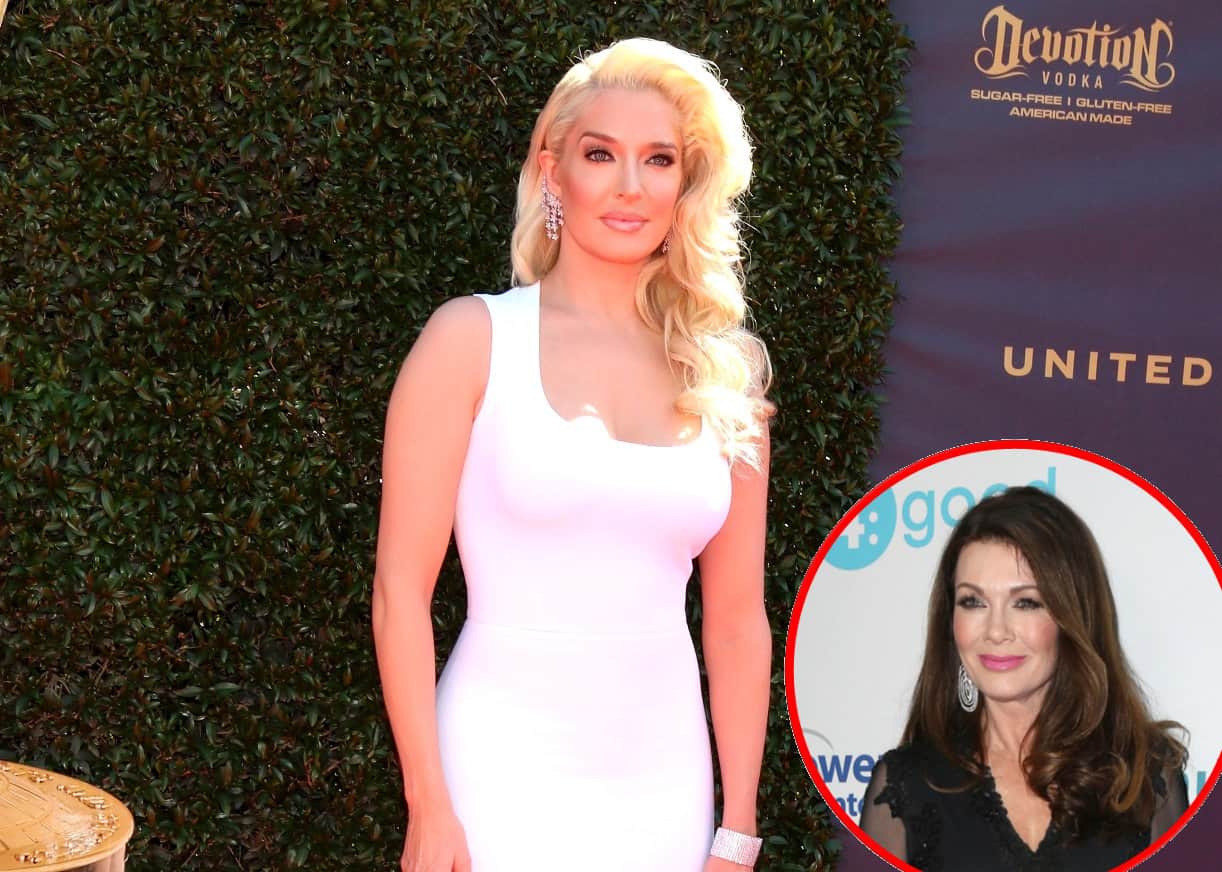 The Real Housewives of Beverly Hills photoshoot mystery has officially been solved!

In an all new interview, Erika Jayne is confirming that Lisa Vanderpump was the cast member who Lisa Rinna accused of refusing to take a photo with the cast during a recent cast photoshoot.

In a video shared by Rinna on September 17, she accused Lisa of refusing to come out of her dressing room to take a cast picture.

“Rumor has it that one of the cast members won’t shoot with us. They won’t do a group shot with us so we are sequestered in a room,” said Rinna. “Can you imagine? Who is that?”

“You know, facts are facts,” confirmed Erika to E! News Daily Pop when asked if Lisa was indeed the cast member Rinna was referring to.

Erika then went on to imply that Lisa is not a good team player, stating that whenever other cast members had a tough season, they “took it on the chin.”

“Well, I feel like if everyone can take it on the chin, like Rinna has, Dorit has, or everyone else has, that you know,” stated Erika. “It’s an ensemble cast.”

Erika was also asked if she believes Lisa gets special treatment, and her response was simply: “It’s an ensemble cast.”

It was rather clear that Erika was trying to avoid saying too much about the feud involving Lisa and the rest of the cast. Erika did however answer “yes” when asked if she believes people sometimes forget the fact that they are not the only ones on the show.

As we reported last week, Lisa appeared to confirm the rift with her co-stars on social media.

So, is Erika planning to dethrone anyone on the RHOBH?

“No. I’m just Erika,” she answered. “Listen, everybody’s being themselves. I’m actually having a really good time. I’m enjoying myself. And it’s going to be a really good season. That’s what all this is for, to have a good time.”

The topic then turned to the hardest and most challenging part of doing a show like the Real Housewives.

“The hardest part is caring about people and having differences with them and not wanting to hurt them in a way that is really bad,” explained Erika. “I never like to go to a place where I feel like I’m out of control. Whether you lose your temper or you cry or you get upset, I’d much rather keep it fun and light, but that’s not the game.”

And what does Erika think of the newest addition to the show, aka Denise Richards?

“We did go to Denise’s wedding. She’s really nice. I really like her,” revealed Erika, before adding that she doesn’t know much about Denise’s storyline on the upcoming season. “I don’t know what is happening with her. I only know what I shoot, and I know that I really like her. I think she’s very cool and she has her voice and she uses it.”

The new season of the RHOBH is expected to debut later this year.