Home Flipping Out Flipping Out’s Jeff Lewis Reveals If He’s Open to Reconciling with Jenni Pulos Amid Feud, Plus Baby’s Doctor Backs His Surrogate In Her Lawsuit Against Him

Flipping Out’s Jeff Lewis Reveals If He’s Open to Reconciling with Jenni Pulos Amid Feud, Plus Baby’s Doctor Backs His Surrogate In Her Lawsuit Against Him 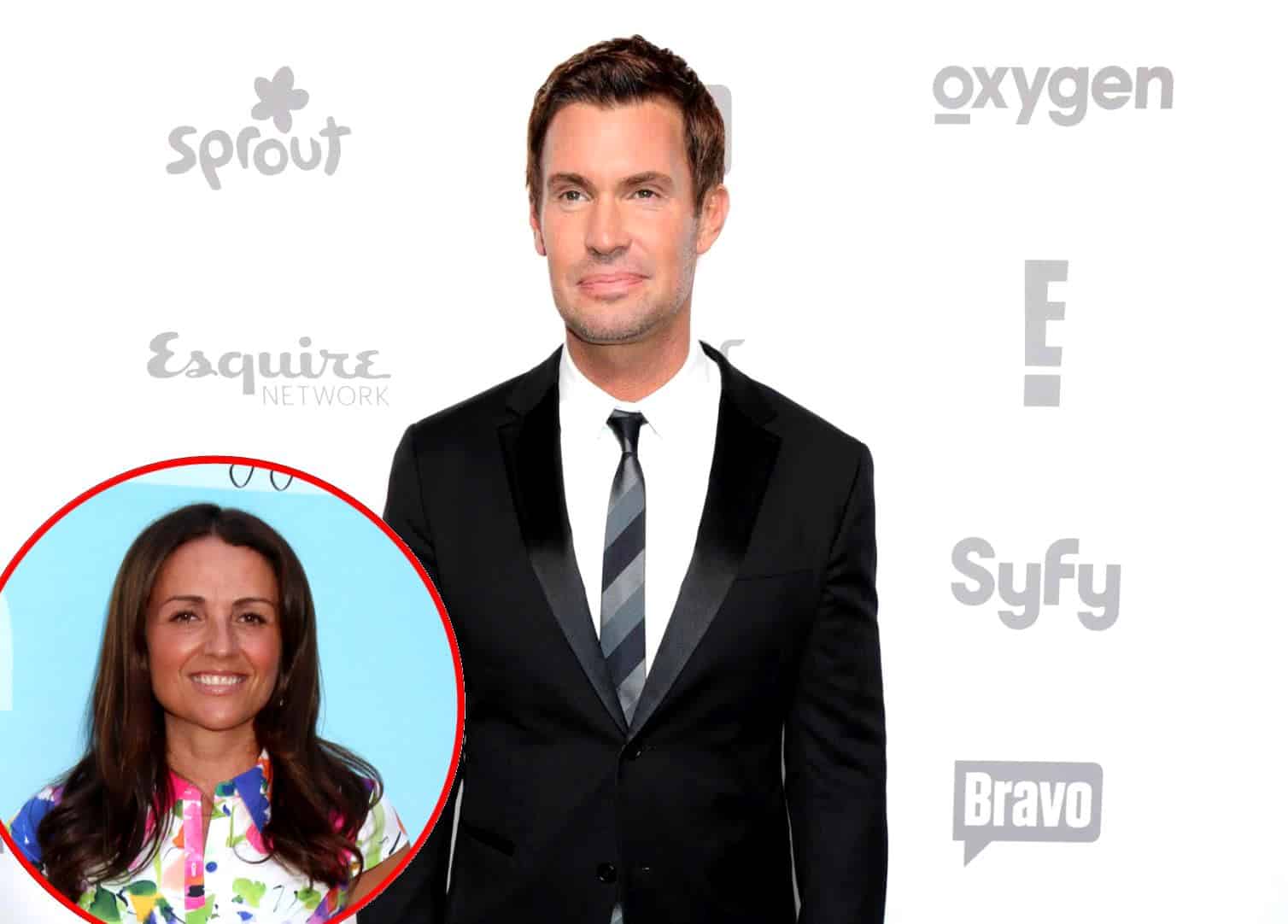 Flipping Out star Jeff Lewis is facing a major setback in his ongoing legal battle with his daughter’s surrogate, as he also addresses his feud with his friend and co-star Jenni Pulos, revealing if there’s any hope for a reconciliation.

If you recall, Jeff revealed last month that he hadn’t spoken to Jenni in over three months after she reportedly went to Bravo to report Jeff for abuse and wrongful termination after he tried to reduce her role on Flipping Out following a big fight.

During Jeff’s appearance on Watch What Happens Live on Monday night, host Andy Cohen asked him if there’s any chance he could ever be friends with Jenni again.

“I’m a very very forgiving guy and I never say never but when some reports you for abuse to your bosses, that’s kind of something that’s hard to get over,” said Jeff.

He did add that he misses her. “But I’ve been watching the show and I already miss her,” he continued. “It’s just when someone crosses the line, it’s kind of hard to get over.”

BRAVO EXECS UPSET WITH JEFF OVER MEAN POST ABOUT JENNI!

In other Jeff news, months after surrogate Alexandra Trent sued Jeff, his partner Gage Edward, Bravo TV, and the production company behind the series after they allegedly filmed the child’s birth without her permission, she is getting support from her OB-GYN, Dr. Lindsey Cafferata.

On October 1, The Blast shared court documents in which the doctor confirmed she “heard Ms. Trent inform the show producers that she did not want to be filmed while she gave birth as she did not want her reproductive organs displayed on television.”

According to Dr. Lindsey, Jeff and Gage told her they wanted to “film the birth for home use” and assured her the footage would not air on Flipping Out. However, the birth was a hot topic on the show and during one episode in particular, Jeff was seen making a series of disgusting comments about Alexandra’s unshaven lady parts.

“If I was a surrogate, and I had known there was going to be an audience, I probably would have waxed,” Jeff reportedly said. “And that was the shocking part for Gage. I don’t think Gage had ever seen a vagina, let alone one that big.”

In a statement of her own, Alexandra said, “On the day of the birth, I assumed my statement was being respected as I did not see any cameras in the labor room before labor started. I was also not notified by Defendants that they were going to film the birth as they had done previously with other medical procedures. It appears from the show episode that Defendants were filming the birth from behind a curtain.”

Although Alexandra did sign a release, she claimed it was for a “single appearance” only and was led to believe her pregnancy and birth would be discussed in another release agreement. Alexandra said she was quite clear she was not open to having the birth filmed and refused to sign the second release.

In Alexandra’s lawsuit, she is seeking unspecified damages for invasion of privacy and fraud.

In response documents, Jeff and Bravo TV have requested the court send their case into arbitration, claiming none of the arguments made by Alexandra void the release agreement she signed.

Jeff also spoke to People about the case, labeling it a “financial shakedown.”

“This is like a blow to the head. We are completely blindsided by this,” he said. “We are just devastated. I thought we had a nice relationship, a friendship. We treated her like an extended member of the family. So you can imagine this is pretty stunning.”

“On one hand, I don’t want to tarnish this most amazing experience of my life,” Jeff continued. “We couldn’t be more grateful to this woman for birthing our child. We are indebted to her… we are so completely grateful to her, because without her, we wouldn’t have Monroe. But on the other hand, these are fabricated claims and are completely bogus and without merit. This smells to me like a financial shakedown.”

“Shame on her for mudding such a beautiful experience,” he added. “I personally believe she will have to answer to God one day for what she’s done. And if I were her, I’d start drafting my apology now.”

TELL US – DO YOU THINK THERE’S ANY HOPE FOR JEFF AND JENNI RECONCILING?